With the summer months approaching and solid releases beginning to dwindle a bit, do gaming habits dwindle or do you have a backlog that needs some attention? Will summertime activities get in the way of your gaming, or do you see the hot sun as even more reason to stay indoors? 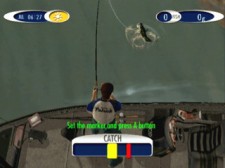 I find myself taking a lot of trips to the used game store in the summer. I like to spend the summer months catching up on games that I may have missed. I also try to complete games that are sitting out in limbo in my library. If I still lived with my mom, she would probably tell me to go out and play in the sun. Unfortunately, I have pale skin and burn very easily. To be honest, I would rather play Sega Bass Fishing indoors than go fishing. I will do various out door activities with my wife. When she is out of town for work, I will be glued to the TV as I play catch up.

I have a huge backlog of games that I currently own so I’ll be spending this summer trying to play catch up. With so many games coming out this fall, I have to get my ass in gear to even come close to thinking about putting them in the queue. I want to finish Gears 1 (again) and Gears 2, Alan Wake, Crysis 2, AC: Brotherhood before moving on to things like L.A. Noire. Oh and I started playing through Chrono Trigger so that won’t take long at all. Plus it reminds of those summers spent in front of the television as a kid, before being forced outside by my dad who just set up the Slip ‘N Slide. Like JP I burn easily so the sun is my enemy. I’ll take the time to go out and have fun, but in reality the way I have fun is by playing video games. I never feel like I accomplished something when I get a nasty sunburn, but I do feel that way when finishing a game that’s been sitting on the shelf for too long. I have my goals and I intend to see them completed. 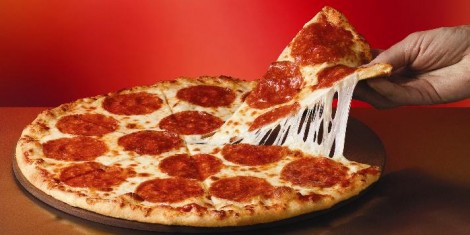 Gaming doesn't always lend itself well to a healthy lifestyle.

Because Steam had a nasty summer sale last year, I am going to assume the same will be true this year, so the backlog will continue to grow. However, because summertime is race heavy for me (running, etc) I tend to back off games a bit because training increases (and those that train in the heat know how exhausting that can be, even sitting and playing video games is a chore). It’s sometimes more difficult for me to stay indoors too long if it’s nice because the sun gives me magical happiness powers, which improves my real life productivity. This doesn’t mean I will be game celibate however, as gaming binges increase during the summer because after the completion of races I tend to eat a whole pizza and play games all day while I recover. So gaming is consistent and daily when its cold and irregular but intense when it’s nice. Don’t ask me why that makes sense.

If there was ever a time that my gaming slowed down a bit, it’s the summer. Although, not too much. I go through various levels of guilty of a lack of physical activity so I always end up sacrificing some game time for exercise here and there. But don’t get too worried, this equates to about a day a week that I end up counteracting with all nighters full of gaming “as a reward.” The game list though, like most of you, is much more focused on catching up on the games I missed from the previous holiday seasons before the flood of games resume in the fall. I used to be much more disciplined and would pick up sale priced or used games, but anymore, I just have unwrapped games that I own that will finally see the heat of my disc drive.

Will you guys knock it off with all of the replying to all about how friggin’ awesome summer is? I’m trying to get some work done here and now all I can think of is alternating playing outside with sitting inside with the lights off, windows open, blinds closed and fan on while playing video games with my imaginary best friend/stuffed tiger. 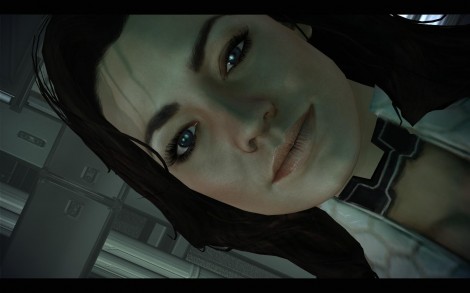 No matter how much you tan, you still won't wake up to this.

I can’t confirm this with any empirical evidence, but I think my gaming probably increases during the summertime even though my physical activity does, too. Like Ethan, I’m solar powered – I tan easily, it improves my mood and it’s competition season for triathlons and stuff. That said, more training and being in better shape means I’m also more energetic overall and require less sleep, so it’s easier to get in some gaming. There’s probably a psychological aspect too – even though I don’t get summer vacation anymore, there’s still an echo of not having to go to school every day that makes gaming in the summer even more delicious. Even with the blockbuster releases slowing, I’ve got quite a backlog to work through (including surreptitiously finishing Mass Effect 2 for the 4th time) and since TV slows down in the summer, too, I’ve got one less thing to take my attention away from gaming. I love summer.

I wonder if Calvin would have played video games. Hrm. Hopefully they’d spark his imagination like they did mine when growing up. I know his dad would have hated it though since they don’t build character. “But, dad, I can create-a-character!”

I’m glad the summer release schedule works the way it does. I have this fear that even though I love games that publishers will try and fill the summer with more games in the near future. They’ve figured out how to get more games crammed into the first quarter (which didn’t used to be the case). But if they figure out how to spread them out into Q2 and Q3 more, I may never get a break from new releases. Let’s face it, I’m not disciplined enough to handle that. So that means my backlog will never be taken care of. So I’m just thankful for summer.

Thank the game gods for the summer release lull. Like most of you, my stack of unplayed and unfinished games is taller than I am.  My biggest problem will be trying to avoid all of those Steam, Direct2Drive, and XBLA sales.  When the new games aren’t getting released, the old ones go on the cheap, and I’m a sucker for a good deal.

Maybe I should start a Summer Gaming Resolution:  No new game purchases between now and September.  I’ll either spend the summer finishing the games I own, or sitting around reading about new games and sulking.

What I wouldn’t give to be 12 again, wasting a beautiful summer day playing Bases Loaded, without a care in the world.

I’m telling you, we need a game bouncer service that keeps you on task with your gaming backlog. It’s the only way I’d get through the games I really want to play. 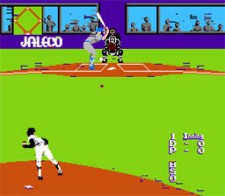 The real American summer past time.

Only way I think that will happen is if someone surreptitiously installs moderate amp, low voltage electrodes with wifi connections to my XBox to zap me when I’ve played too much of a game. Or stands around, poking me with a sharp stick. Wait. That’s it. Ethan?

How do you guys even tackle the backlog? Is it about hitting prequels before sequels come out, or is it about balancing the genres you want to play so you don’t get burned out?

I definitely like to hit the prequels before the sequels come out, but sometimes that just doesn’t happen with me. It is more about mood. If I’ve been playing a lot of open world sandbox games, I’m going to try and avoid those. It basically just depends on what I feel like playing rather than need.

Mine’s not too bad since I don’t buy games as quickly as the rest of you, but I mainly use the same motivator I do for everything else that needs to get done but I’m putting off: Guilt. While I, myself, am not a member of the Roman Catholic Church, a significant portion of my family is, so it’s really just adapting a family tradition for a different purpose.

I just need someone to prevent me from buying new games for awhile, then we’ll be straight. In terms of taking down the backlog, I tend to go back to games that have the best potential for completition or have achievements that I’d like. But again, my attention span sucks so I often find myself making a bit of progress in a variety of games. Terraria really hurts me in this area just like Minecraft because there is no completion to them.

My game purchases are usually motivated by a preview, review, or game play video that get me all excited.  Unfortunately, I seem to always buy games when I don’t have time to play them and they end up going straight to the shelf.  So, next time I look at the box, I forget why I wanted to play it so badly in the first place. 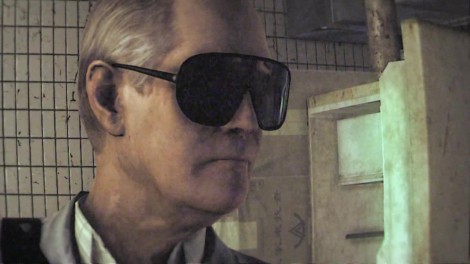 No time for Kane and Lynch, but absolutely time for these shades.

I think my new go-to preparation technique for “backlogging” is going to be media overload.  I’ll just force myself to watch a bunch of videos, look at screenshots, read forum threads about the game, and set my computer’s wallpaper to some shitty concept art.  How else am I supposed to get pumped to play that copy of Kane & Lynch: Dog Days?

The other summer demon I also have to fight is the preparation for the fall releases. What I mean by that is, fighting the urge to go back and play through titles again. In the back of my mind I think “I should play through all the Gears games or Mass Effect before the finales come out.” I really have been kicking the tires on forcing my self to play through Oblivion before Skyrim comes out. I know the story takes place hundreds of years later, but I don’t really want to be in the dark if I can get around it. This makes it very hard to complete the backlog or continue playing through AC2. I am sure that a good chunk of my backlog (Borderlands & FFXIII) are in the 75% completion range. There is another part of me that wants to spend the summer getting my first 100% completion on a game. I have targeted Fallout: New Vegas to be that game, but I already know that breaking the bank at all the casinos is going to be a bitch of an achievement to get. If you can’t tell I am all over the map right now.

The fall releases scare me. It’s funny how those games take priority every where, but most will end up in my summer queue next year. It’s a vicious cycle and I feel sorry for games that don’t make it into the 2-3 games I actually get to at the end of the year. After that point, it’s a crap shoot of when I’ll get to you, Falllout: New Vegas.

While some of us enjoy athletic activities in the outdoors, others burn too easily and tend to avoid that burning ball in the daytime sky. No matter what your summer habits are, there will be gaming going on. Because none of us can go that long without getting some good ol’ fashioned lazy time in front of the light emitting screen of choice.