After having an intense conversation this past weekend with a group of established people about politics, religion, global economics, quantum mechanics and 16th century painters, I realized that my maturity level did not quite match my age. I contemplated my life and decided that I was in need of a bit of refinement. After sampling wine, reading an encyclopedia and analyzing my daily habits, I came to the conclusion that playing unrealistic games was making it difficult for me to attain the adulthood I so desired.

For years, video games have attempted and ultimately failed at portraying realistic character interaction in the threatening situations they presented as a backdrop for their many narratives. Whether morally corrupt attempts at confusing gamers or the result of lackadaisical fact checking, these instances of extreme fiction hamper the community’s potential for elevation to the status that is enjoyed by books and movies. Taking an educated glimpse at a variety of gaming mechanics gives further evidence to the thoughtlessness behind a medium that has more than its fair share of inherent struggles.

Combat is a popular element in most video games, but developers’ approach to this combat is often mired in unbelievable antics and strange battlefield strategies. Despite the availability of reference material illustrating many centuries of war and self-defense, developers tend to go in directions fueled by unrestrained creativity, directions that often times result in childish portrayals of battle. 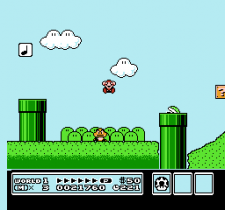 The problems of foot stomping

One such example of this utter lack of educated development can be seen in some of the most popular franchises in gaming history. While prominent in the early years of gaming and seemingly effective, the vertical cranium assault (hopping on an enemy’s head) is a move that has absolutely no martial arts foundation to back its wide use by a variety of digital heroes. One can imagine that certain physical attributes of gaming protagonists had to be exaggerated for the move to even be possible, since aforementioned characters were often forced to leap 2 to 3 times their own height to produce enough force to stun or kill their foes. In most situations, the characters had access to other means of combat, such as fireballs or simple punch/kick combinations, yet ignored these more conventional means in place of the strange and quite dangerous downward foot stomp. It is unknown where this move originated from and why it became so popular, but fortunately, its use has declined over the years as characters have begun to regain more realistic approaches to adversarial situations.

In addition to specific examples of combat moves, the general attitude towards battle teeters on irresponsible. Entire armies were met head on by 1 to 2 member squads instead of what most military strategists would consider acceptable ratios. These squads often went shirtless and wore bright headbands that were counterproductive to the camouflage gear they came equipped with. Focus was placed on eliminating powerful, commanding officers called “bosses” as opposed to establishing forward bases and controlling territory…and the reliance on weapons with unlimited ammunition set a precedent that future games would eventually correct but not without the collective disapproval of gamers as whole. Are we to think that conflict can be resolved with super human soldiers? If that’s the case, our military’s budget would be much lower than it is now. 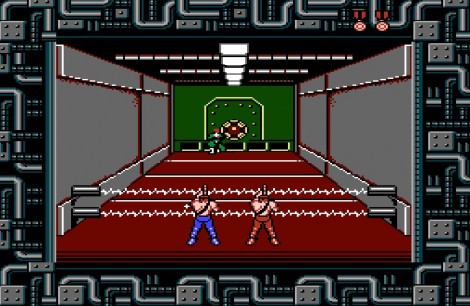 Even the law is perverted to a point where the easily factioned worlds of good and evil blur into gray and peace officers are depicted as loose cannons with a penchant for ignoring protocol. As crime began increasing during the mid 90’s in video games, so did the need for law enforcement to take to the streets. Instead of handguns and paddy wagons, these “heroes” departed on 1 to 3 person missions with nothing but martial arts as their back up. Elevated levels of danger aside, these officers failed to read Miranda rights and presumed their targets were guilty (despite the law stating otherwise) and acted as judge, jury and executioner in multiple impoverished areas. In some places, the local residents, unemployed and fearful for their lives, may have fought back against these officers thinking they were merely gang members as their clothing did not feature any marking or emblems consistent with police officers. 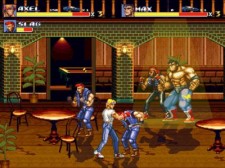 No warrant, no problem

Enemy combatants seem to make up a wide range of a video game hero’s focus, but environmental obstacles such as chasms, lava beds, and spike filled pits are also consistent threats during their campaigns. While simply avoiding these obstacles or crossing them via bridge, grappling hook or even a running jump makes the most sense, video game characters began taking extra risks by ignoring these methods and opting instead to stand in one place and perform an acrobatic flip over the top. Whether the result of boredom or an elevated sense of ability, the functionality of the flip is most appropriately applied to controlled settings such as gymnastics floors or off of diving boards during pool parties.

The examples of the pervasiveness of “reality free gaming” are too numerous to count. Teleportation, talking animals and medical items with instantaneuous effects are spilling into the once “by the numbers” entertainment we enjoyed in games like Pong and Missle Command. After skimming the surface of this rampant problem, I’ve come to the conclusion that a lack of regualtion is to blame. What would happen if television shows presented such outlandish themes to their viewers? Just think how difficult childhood development would be if the young people of the world were forced to learn life lessons from singing fantasy creatures?

It is true that certain liberties need to be taken in order to produce an exciting experience, but it becomes laughable after a while as consistently shown in the games illustrated above. Gamers need to have fun, but developers need to keep in mind that fun doesn’t equate to ridiculousness. Oh, and the vibrant colors are too straining on the eyes, whats wrong with working in black, white, and gray hues?