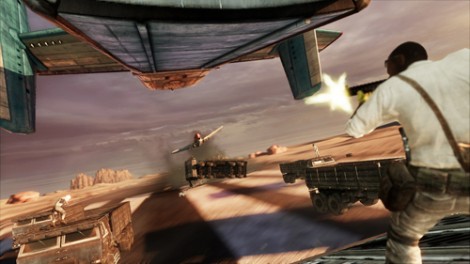 E3 news is buzzing and alongside further announcements relating to the beta release of Uncharted 3: Drake’s Deception, those of us that take comfort in buying a game months before it’s released will be excited to know that doing so will follow suit with other preorders and include a few bonuses (though some of them are boring and some are just plain weird). The collector’s edition was also detailed, so our fearless editor’s roommate can expect a lot less extra shelf/floor space come November.

The collector’s edition will include a Nathan Drake statue, Drake belt buckle as well as his ring/necklace, a steel game case and a treasure chest.  It will not include the indestructible pants he wore in the previous two games that self dried (I would buy the CE if it did, I spill on myself quite a bit).

The following are the pre-orders one can expect to find, though as previously mentioned, don’t get too excited.

Everyone Else
Avatar and theme