It seems all I ever do anymore is write news articles about Square Enix and their beloved properties. I just can’t help myself. I have such fond memories of their past glory and all of the great games they used to release. It is no secret that I love Secret of Mana, and it’s in the top 5 of my favorite games of all time. So when I first heard about the 20 disc set of Mana soundtracks, I peed a little out of pure excitement. 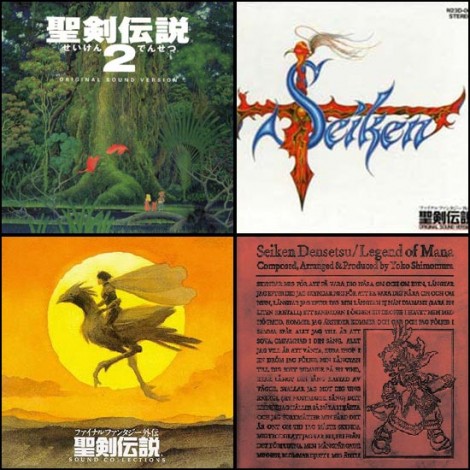 Lately, the only other thing I’ve been listening to besides podcasts, are a variety of video game soundtracks and covers/remixes of classic video game tunes. I don’t know what it is about that type of music that speaks to me in this stage of my life but I just really enjoy it. The fact that one of my favorite games is getting a soundtrack released with all of the other games in the same series has me searching for a way to pay for the epic-ness. While all the games might not be as great as Secret of Mana, the music definitely shines in every game. The fact that Square Enix has decided to release it should be a testament to that fact.

If you are a fan of the Mana series like me, or are just really into video game soundtracks (also like me) then start saving your pennies. The soundtrack will set you back about $260. And since there has been no word of its release stateside, you better include some extra cost when you import it from Japan. The set is supposed to be released on September 14, 2011. Here’s a little taste of what to expect: