Meanwhile… we’ve actually been playing games. Each week we recap our recent gaming experiences and tell you what we’re looking forward to, so you can use your time more wisely than we have. Seems like as good of a week for multiple people to finish the same game from 2009. Elsewhere, Justin G continues his investigations into Los Angeles and Ethan finally finishes a game. 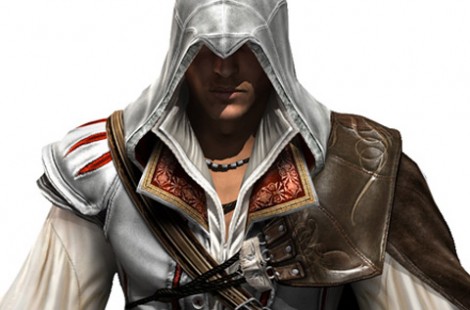 Ezio is getting impatient with us

I’ve been playing a lot of video games lately. Finally, finished up Assassin’s Creed II after taking a 6 month break for no real reason. What a fantastic game and franchise. The one benefit I’ve gotten for waiting so long to finish it, is that I can jump right into Brotherhood which everyone says is an awesome game. I can’t wait to be blown away by more of the great storyline Ubisoft has put together.

I’ve also been playing some Crysis 2. While I suck at the single player game, I’m surprisingly decent at the multiplayer. It’s a great multiplayer experience especially after taking such a long break from any FPS games since I played a metric ton of Modern Warfare 2 back when it came out. The super soldier nature of the game really adds to the overall experience for me. I love being able to jump really high, turn invisible, and bring up armor at will. Sure the energy meter runs keeps it honest but it is a nice wrinkle to a tired mechanic and I can see myself enjoying it for a long time to come.

And then there’s Chrono Trigger. I downloaded it last week and have been playing it for a few hours right now. Just got to the first End of Time section of the game. I remember being blown away by that part the first time I saw it. “You mean I’m at the end of time?” AWESOME. Great game that’s bringing back some great childhood memories. But I’ve got a long way to go until that one is finished. 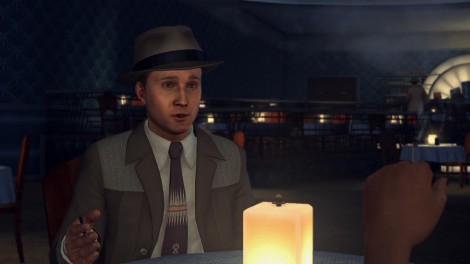 You still have questions, Cole?

Despite spending almost the entire weekend engaging in debauchery on a college-level scale at the Indy 500, I did manage to play some L.A. Noire and I’ll admit that (minor spoiler) Rockstar’s last three games (Red Dead: Redemption and L.A. Noire) have really kicked their narratives up a notch away from the traditional Hollywood-popcorn standard action melodrama following the standard plot structure where the hero is this flawless individual – Rockstar & Team Bondi have cranked out a great narrative here and I’m going to be sad to leave 1947 L.A. when I’m done with the game. My only other ventures outside of Los Angeles were on our Horrible Game Night last Monday with Section 8: Prejudice and Assassin’s Creed: Brotherhood multiplayer. Had a great time with both of them, particularly considering I hadn’t gotten in to either one before. I’ve been warned that Section 8: Prejudice isn’t quite as much fun without a bunch of people you know, but I’m looking forward to playing some more of the totally uncomplicated shooter that was well worth the $15 and getting into Assassins Creed: Brotherhood’s multiplayer left me pleasantly surprised – I wasn’t sure how well it was going to turn out but, boy! Lots and lots of fun, even at a powered-down level 1 character. 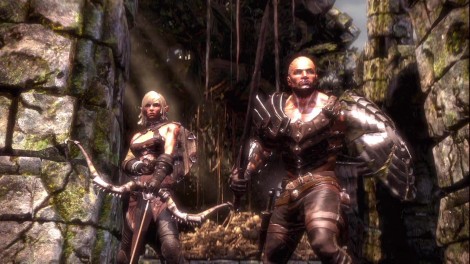 The dungeons are calling

You know I was all set to blow through L.A. Noire without distraction because dammit the game deserves that amount of focus and respect, but then Assassin’s Creed popped back in the conversation. That’s a series I have mistreated, so before I get too heavy into L.A. I decided to finish Assassin’s Creed II. I was about a half a step behind Cole in doing so, but no less satisfied in its conclusion. That led me to immediately jump into Assassin’s Creed Brotherhood, and it’s been fun to notice the small corners that they continue to polish with this series. They handle the bridge between the games incredibly well, and I’m enjoying Ezio more and more as a character as the game progresses.

That’s not to say there isn’t a threat to my Assassin’s Creed play time, because new games keep coming out and I’ve been way too curious about Hunted: The Demon’s Forge to let it pass by. Co-op dungeon crawler that feels a bit like Gears of War? Sounds pretty much made for me. I’ve heard the game is a bit short so hopefully it won’t derail me too much from the Creed, but we’ll see, this is how it always starts. 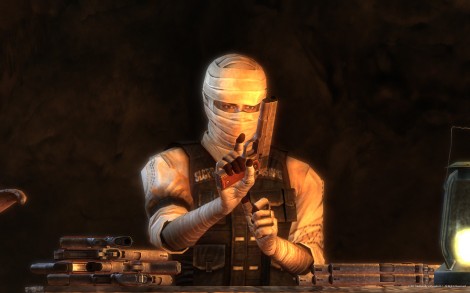 I, like most of the gaming world, have spent a good chunk of time with L.A. Noire. I like the game, but I have to play it in small chunks. If I play the game for too long I begin to make mistakes that frustrate the hell out of me. I am currently on the Vice desk and so far I have learned that the drug pushers aren’t screwing around. More often than not, they know I have nothing on them at all. L.A. Noire will make my games of the year list, but I’m not to sure how high it is going to rank at the end of the day. Also, after hearing about the positive feedback on Assassin’s Creed Brotherhood, I went out and picked up Assassin’s Creed II. I will say that so far a lot of the elements that bothered me in the first game seem to be eradicated. I know a lot has already been said about this game, but I will say that I really enjoy the economy in this game. You can never go wrong with a strong economy in a game. I think the only thing bothers me is the bad Italian accents, and the one liner ‘It’s me Mario!’ Next up, I think I will pick up the Honest Hearts DLC for Fallout: New Vegas. I haven’t visited the Mojave in a while and I am curious to see what all the different endings for the game look like. Heck, I may even give Hardcore mode a try. 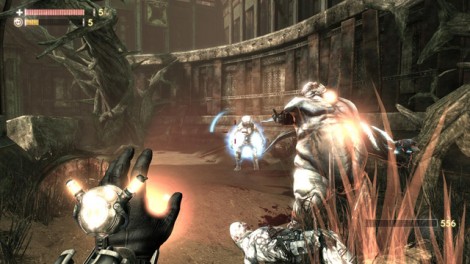 Use your mind bullets!

The wife arrived home from Scotland/Germany this week so I was not anticipating a whole lot of gaming. However, after planning activities for Friday, she conked out around 3:00 PM watching Weeds and didn’t wake up till the next day (time difference finally caught up). I decided to do the unthinkable and attempt to finish a game, which I ended up doing with Singularity. I was pretty happy with it despite it being pretty linear and relatively short, but the concept was sound and the mechanics interesting enough to think a sequel could be cool.

I wanted to get back into Dead Space 2, but really need a long weekend for that, which I won’t have for quite some time. Still, it beckons to me from Steam and I’m kicking myself for getting distracted the first day I bought it. To round things out, I continue to toy around in the world of Terraria and have begun mining a hole straight into the underworld layer on the bottom of my world. I am powerful enough at this point that I can risk venturing past the tamer upper world and start going after the good treasure (which happens to be guarded by skeleton magicians and flame monsters).