File this one under News Coming as No Surprise to Anyone – Fox News has gone out of its way to avoid doing anything resembling actual journalism which requires silly things like “fact checking” and “research.”

On May 19, we reported on the National Endowment for the Arts’ decision to expand the Arts in Radio and Television funding to include digital interactive media – video games. Clearly explained on the NEA’s site, this funding isn’t going to be given to Activision for the next Modern Warfare game: you have to be either a registered 501(c) (3) non-profit entity or sponsored by one and the proposals are subject to some pretty rigorous examinations by expert panels to determine if they foster one of, or all of the NEA’s categories (Creation, Engagement, Learning, Liveability). The actual language from the NEA reads, “Eligible applicants are nonprofit, tax-exempt 501(c)(3), U.S. organizations; units of state or local government; or federally recognized tribal communities or tribes.” As a side note, the grants max out at $200,000, which isn’t going to make anyone rich. 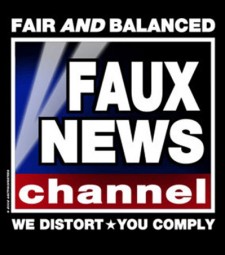 I mention Call of Duty specifically because it was brought up in the Fox News debate by the host (“Should the video game Call of Duty get federal funding?”). Although I may have gotten dumber just from listening to that statement and trying to figure out how Call of Duty is related to AIDS education/prevention through interactive digital entertainment, I retained the ability to conduct research. Turns out that, surprise! Call of Duty‘s publisher, Activision Blizzard, Inc., isn’t a 501(c)(3)! It’s a registered Delaware corporation that reported $4 billion in net earnings for FY 2010.

I’m a strong advocate for vigorous public debate of governmental policy and responsible spending. Unfortunately, I’m also a strong advocate for verifying facts before passing them off as actual news content, which seems to be too high of a bar for Fox News, especially when it comes to video games. Feel free to weigh in in the comments section – maybe we can have this debate using actual facts and referencing public funding of violent video games like America’s Army instead of suggesting a causal relationship between M-rated FPS games and an increased likelihood to commit rape with no empirical data.