I love to speculate on the video game industry. I’m an imaginative guy and the potential of video games brings it out in me. I’m all for intelligent fanboy conversation, when that isn’t an oxymoron, and the conversations are productive. If you’re passionate about something and are informed, you are entitled to your opinion. However, I detest rumors posed as news or fact. This leads to a major pet peeve of mine: seeing the internet explode over rumors. So, if you are that guy posting in forums, taking over a comments thread, or blogging your reaction based on something you made up after only reading the headline – just shut up. 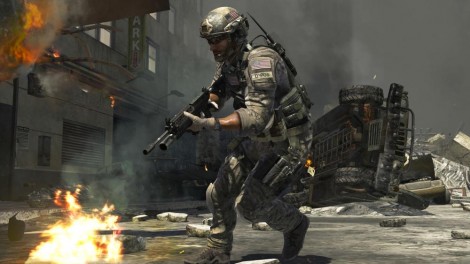 Call of Duty sold out.

This week’s video game internet explosion was the Call of Duty: Elite announcement. Activision and Call of Duty are magnets for preconceived opinions and flamewars. Sorting through the idiots is about as easy as playing Call of Duty multiplayer as your first-ever gaming experience. While I smirked a bit when I read the news about subscription options coming to Call of Duty, I was still curious to find out the details. However, as of June 1, 2011, there are no hard facts other than Call of Duty: Elite is coming and it will have a range of statistics and social tools. While information and features have been briefly detailed, important information, like what paying members get versus what non-paying members get and just how much money we are talking about, is absent. That should be the end of story aside from more harmless speculation.

Instead, what we get is a familiar scene of loud and ignorant people shouting in disgust about just how awful this idea is. You’d think these individuals had been targeted by Activision so that they could devise a business plan to personally harm them in the most deceitful ways imaginable.

The Call of Duty: Elite story isn’t unique in by any means. Rumors around every Nintendo console, Blizzard release date, and Sony apology are met with the same venomous attacks. These types of rumor explosions aren’t limited to just the video game industry, it has infected the entire internet and has all but killed intelligent discourse across most sites. Good luck anonymously dissecting rumors from facts for your next smartphone purchase. 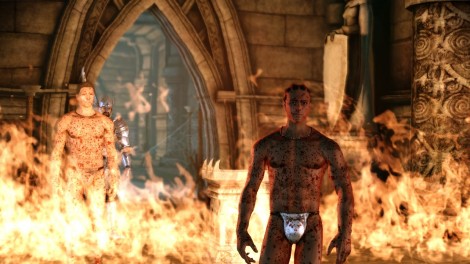 Way to ruin a good time.

There are two culprits here. I won’t pretend that gaming news sites are completely innocent in how they position rumors apart from facts. However, it’s the troll, the instigator, that needs to be stopped.

The troll can be found in the hot topic of the week. It’s the story that showed up 20 times, in one hour, across every site. Wherever there is commotion and the potential for controversy, you will find the troll. You can identify him as the loud one (which is saying something when it is the written word we are talking about here) and through effortless checking of his facts. He will respond to invisible facts not mentioned in any article, by any source. However, he will soon gain the favor of the skimmers that have merely read the headline and come to see if these horrible rumors are true. “Yes, Call of Duty: Elite will cost you $200 a year and require that you own every game in the series, new, not used.” With their nightmares confirmed, he will take his minions with him across other sites, and some of them will begin making posts of their own, spreading the lies to an infuriating degree. All the while stoking a pointless fire.

You, too, could fall victim to becoming a troll, as some trolls aren’t fully aware of what they are doing. If you stumble across a particular topic that gets your blood flowing, take a breath before you spout off on the comments, tweet your rage, or build a tumblr site to prove your point. First, realize that a lot of these headlines merely exist to be the first one you see and that the actual information contained in these controversial articles may be next to nothing. Don’t react to a headline that serves only to get you to click through to see that the full story is coming next week. Next, read the facts and digest them a bit. What has actually been revealed in this new story? Is it just a conversation starter or did the world literally just end? Finally, don’t make matters worse by stating your own fruitless opinions as fact or by attacking others who recognize the story isn’t over yet. Sure, this is worthless advice for the already converted, but if we can prevent the creation of one more troll we have saved countless useful minutes of worthwhile people’s time. 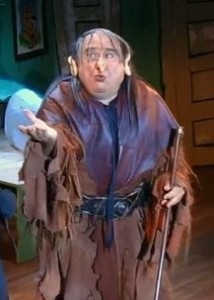 Usually types with his troll feet

If you see this enemy, choose your battles carefully. Most trolls are best handled by not handling them at all. Ignore them, report them, but do not fight with them. If you have a mild-mannered posse available, you can try and reason with the buffoon, but do not expect to change him. This fiend feeds off of attention and you do not want to give more focus to his false claims and history. Your goal is merely to banish him and his brethren so that they never return. Establish rules of engagement within your community to quietly squelch these parasites. Layout the facts for new visitors, stop the rumors in their tracks and you can defeat this mob.

Now, if I could speak directly with you, the ruiner of reason, the igniter of bullshit, the ignorant bastard who has driven my kind from contributing to countless worthwhile articles and online communities: Enjoy your anonymity while it lasts. No one is listening to you. Your opinions do not matter. The internet is getting smaller and you will be exposed for the leech that you are. Your consistent bannings across multiple sites will catch up with you as the game industry has no place for fans like you.