It’s the end of an era, Duke Nukem Forever is a complete game which is probably worth celebrating more than whatever the game ends up playing like next month. There was also a couple of interesting resurrections in a Halo: Reach demo and Hellgate: London closed beta. Things are getting silly before E3. Here on HN, we wrapped up our Art of Video Games exhibition coverage with a stellar interview, and begged for our own version of the end of the world.

Every day we are on the look out for the most interesting news items in the gaming industry. Some make it on the site as headlines, and the articles that just miss the cut end up in the Shiny Objects feed which can be viewed here (or on the sidebar of the site) and subscribed to here. This Tuesday we recap the shiniest of the objects, and our original articles from the previous week. 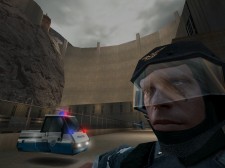 Probably not in the actual game

NBA Strikes Extension Agreements with EA and Take-Two – IndustryGamers
The one thing the NBA does right.

Halo: Reach demo out today – Shacknews
Random time for a demo, but great deal for a helluva Halo.

Duke Nukem Forever is Golden – Piki Geek
Take a moment and let that soak in.

DeathSpank: The Baconing is the third entry in the DeathSpank series, coming this summer – Joystiq
Of course it’s more satisfying. There’s bacon.

Raptr Launches New Website with Customized News Feeds – Co-Optimus
Raptr has taken over the ranks of our Horrible Night crew as well.