Whether you’re an insectiform hive intent on wiping out any and all competitors, a reptilian dynastic empire driven to conquer and enslave all life, or synthetic super-collective whose prime directive is to assimilate intelligent life everywhere in a quest for god-hood… would you hurry up and invade already? Look, I know that main sequence G2 stars are a dime a dozen and it’s probably a pain to fly out to the remote inner-rim of the Orion Arm of the Milky Way just to wipe out one planet that registers a measly level 0.72 on the Kardashev Scale, but don’t you pay any attention? Whether it’s Roland Emmerich or Larry Niven, experts agree that humanity is destined to take over the stars, wiping out all comers if we’re not nipped in the bud while stuck in our pre-FTL travel days. Heck, since we have computer viruses and Bruce Willis, it may be too late already, but it’s only going to get worse once Zephram Cochrane is born and you really don’t want to take your chances with Lieutenant Ellen Ripley now, do you?

This is a rail gun and I love it more than water or oxygen.

I’m sure it’s a little confusing that an earthling with no latent psi-powers, strange birth stories during a meteor storm or dedication to sybaritic pursuits and cigars would be inviting you to invade, but I’ve got my reasons. Our very own prophets have been hyping the danger of interstellar invasion for at least a century and the whole boy-who-cried-xenomorph routine is getting a little old. Plus, they rarely mention all of the good things that come about from planetary invasion by some sort of conquering force. 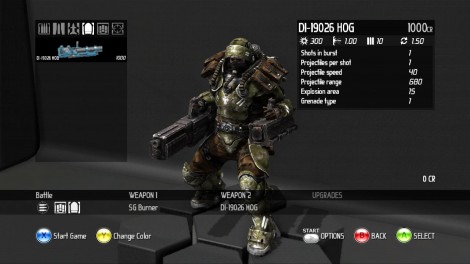 There's no way we would develop this or that it would kick your alien asses. At all.

Wait. Did I say, “Things” plural? Sorry, my mistake. There’s only one good thing that’s worth mentioning – awesome advances in technology. Yup, that’s right. Even if we are wiped out, you know we’re going to get some of our licks in and probably knock off all of our human-on-human fighting to cooperate as a species in finally developing an operational mag-contained plasma blade to combat your invading robo-hordes/enslaved cannon-fodder. Oh, I suppose I have to face up to the reality that you might overwhelm our plucky underdoggedness, but considering just writing you about the concept has allowed me to coin “underdoggedness,” I think we’ve got a fair shot. Imagine what I could come up with if I understood combat-related quantum physics!

Although it’s probably strange to you since reptilian aliens are super-long-lived due to their sluggish metabolism, synthetic super-collectives aren’t really alive and I’m sure insectiform xenomorphs pass on their genetic memories from queen to queen, we humans are fragile and short lived, so we come up with lists of things we want to do before our physical forms give out on us. Barring any accidents or encounters with rabid grizzly bears, I’ve probably got at least another 50 of our earth-years in me, but without your invasion, my bucket list is never going to be fulfilled and that’s just not working for me. Without your “help” (and by “help,” I mean the slaughter of millions of innocent humans while you invade), I’m never going to get a chance to employ my incredible and yet-undiscovered talent for flying captured space-fighters against their former masters or try out the sweet toys that Area-51 would crank out in response to being overrun by bio-mechanical arachniform invaders.

I think this might qualify as an imaginary girlfriend?

I’m sure you’d be safe, but c’mon. Do you know how much trouble you’re going to be in when we get around to building the Normandy SR-2 or even worse, how screwed you’re all going to be if you don’t get off your asses and prevent the Earth Defense Force from forming to fight off the Insect Armageddon? Give in to your inherent impatience/superiority complexes and bring it on. There’s no way the eggheads at MIT are smart enough to reverse-engineer your super-advanced firearms and give us a fighting chance, anyway, so hurry up and get it over with. At least I’ll get the opportunity to find out if Corporal Hicks was right about the Remington 870 being a good friend to have in close encounters of the third kind.

PS – On the Corporal Hicks thing? I’m going to go with “yes.”

PPS – When you invade, would you please, please, please make sure to pack your fusion-powered nano-armor that I’m sure there’s no way I could steal or that it would adjust itself to human anatomy and allow its apparently-lycra-clad AI with all of the hotness to interface with my pleasure centers in between bouts of my evisceration of your most elite soldiers? Pretty please?