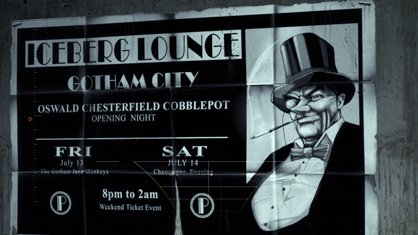 Who doesn't want to party with this guy? 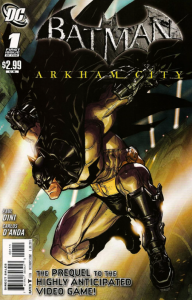 I expect to see the comic series feature many of the villains that will take the stage in Arkham City. Issue one’s lineup included Joker, Harley Quinn, Two Face, Commissioner Gordon, Quincy Sharp (now mayor), and Hugo Strange. Now that the Penguin is out of the bag, I expect him to show up in this series as well. It’s no surprise that the Penguin will appear in Arkham City. There were night club advertisements on the walls featuring Penguin, and his top hat with a collection of umbrellas appeared in Arkham Asylum. There is a new rumor circulating around the internet stating that Robin may make an appearance in the new game. Allegedly, there is a circus poster in Arkham City advertising the Flying Graysons. Unfortunately the performance has been canceled. If Batman did attend the performance, I hope to see it in portrayed in the comic.

The mini-series is a great addition to the Batman hype-machine. It’s refreshing to see that Rocksteady and DC have collaborated to continue a new Batman story that is consistent and unique. I am hopeful that this game series will be considered as an honorable addition to the Batman canon. In the meantime, I look forward to reading more about Arkham City. Issue one is on sale now. You can purchase issue number two on June 8th online or at your local comic book store.