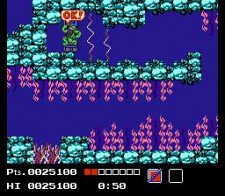 There used to be a time where there were no options for difficulty. You would just press start and go. Nowadays, you are prompted to select your preferred level of challenge. These settings have cute names ranging from Normal to Heroic, Hardcore and Insane. There used to be a time that just beating a game was considered Hardcore or Insane enough. Heck, some games now will tell you what setting you should probably play on after completing a training mission. This has made me wonder, does difficulty matter today? Is the default setting good enough? Are notoriously hard games better remembered due to their challenge? Naturally, we need to know where we started before we can see where we are now.

The NES is the console that shaped who I am as a gamer and what type of games I enjoy today. It took a lot of trial and error to discover what games were good, hard, and which ones were just broken. I can proudly say that I was able to beat Super Mario Brothers after roughly 2-3 weeks with the game. My parents weren’t very excited about dropping loads of cash on games to keep me entertained. To fuel my addiction and keep it within the budget we often found ourselves at the video rental store. Growing up, I would rent at least one game almost every weekend. I wasted many weekends on games that were outrageously hard. No matter how much time I put into these games, I didn’t make it past the first few levels. At times, I was even unable to get past the first level alone.

There were other titles I rented repeatedly, since I was determined to beat the game (every Mega Man game). There were also games that no matter how many times I rented them, I was never able to come close to beating the game. I feel today that there is a greater sense of accomplishment in completing games from the 8-bit era. I still remember how proud I was when I finally conquered the swimming level in Teenage Mutant Ninja Turtles. After that, I eventually went on to take down the Technodrome. I cannot say that there is a game in any library of the current console generation that made me say “I can’t believe I beat that!” (so far). These days, when I start a game, I have an expectation that I will eventually complete the game. Games today seem to leave me more awestruck by the story than anything else. Yet, I don’t find myself playing today’s games on anything other than the default setting. For some reason, I feel that the default setting is the way that a game was meant to be played. It also seems that we now say a game is “completed.” Back in the day, you would tell your friends about what games you beat. You would proudly tell them all about how you overcame the game’s challenges to beat it. The NES era was more about overcoming the game than completing it. 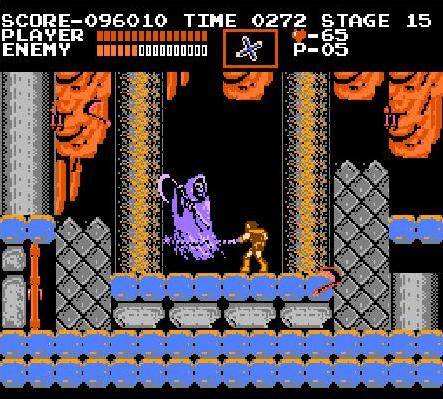 Just happy to be here

A lot of the games that resonate with me today are some of those that I was never able to overcome. The first one that comes to mind is Castlevania. The Castlevania series is considered one of the best platforming and adventure series in gaming history. The game had outstanding controls and was extremely entertaining. I can not even begin to tell you how hard this damn game was. Castlevania was sinister. You were tricked very early on into thinking that the game would be a breeze. The first level of the game was not hard at all. As you progressed through the game the challenge just continued to go up at a drastic rate. The challenges first emerged in the boss battles, but the journey to the boss was just as hard or harder. Getting to the mummies was an accomplishment in itself. The bridge leading to  them had tons of enemies throwing projectiles at you and bats flying all over the place at you. It was also a good bet that if you made it to the mummies, you didn’t have much health to work with once you got there. Sadly, I have never been able to defeat Castlevania. I was able to get past the Grim Reaper, but could never beat Dracula himself. I had a love/hate relationship with Castlevania. I loved the game’s style and story, but I hated (and loved) the challenge. Honestly if you were able to get past the Grim Reaper, you should get a standing golf clap in honor of you achievement. 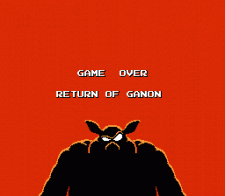 I know this screen far to well.

Zelda II: The Adventure of Link is a game that still bothers me to this day. I have always wanted to beat this game, but Ganon’s challenges has always gotten the better of me. It’s unfortunate, because I have always loved this title. Yet, I have never been able to get past the third castle. Once this game released was released on Virtual Console, I downloaded it. I quickly discovered that this game is harder than I remember it. It was sad, because I think Zelda II will sit on the pedestal of games I have never been able to overcome. There is a small part of me that wants to see the ridiculously difficult return in games. A lot of my video game nostalgia sits with games that I just never beat. I wish there were games today that I could sit back and brag about the sole accomplishment of beating the game.

Bionic Commando Rearmed made me a very happy person. I think all developers considering a reskin of classic NES titles need to take notes from what Capcom was able to accomplish. Capcom kept the key mechanics of that game that made it a classic. That included the level of difficulty. The game is just as hard as I remember it, just prettier. It goes to show that games can be made to look great, but still present a lasting challenge. Capcom also took a huge risk by making Mega Man 9 & 10 in the classic 8-bit style. I feel that the risk also payed off, as not only did the games look like the Mega Man I remember, but they were just as hard or harder than the original Mega Man games. I have tried to beat several of the robot masters and their levels, but I have only gotten through one. The games are just as painfully frustrating as their predecessors. These three games show that you can make a great game with a challenge. There are also a good number of games that appear in the online stores that exude classic difficulty. Super Meat Boy is a game that seems like it was born from the ashes of a past console generation. It is almost comical how hard that game is at times. If you would have placed the game in an NES cartridge 20 years ago, It would have fit right into the library. 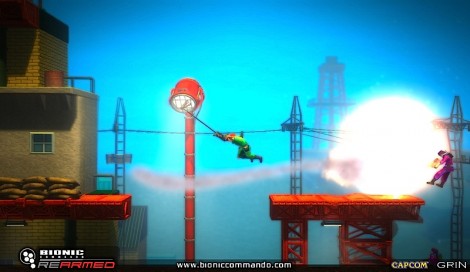 An 8-bit game with new treads.

I am sure that a lot of what I have put forth here is revisionist history, but I barely scratched the surface. I didn’t mention that Battletoads was a great two level game, as its difficulty infamously broke the game. I also didn’t point out that Ninja Gaiden is remembered for being one of the first games with cut scenes, but it was also nearly impossible. I don’t know a single person that has completed any Ninja Gaiden title. I could go on and tell you that The Adventures of Bayou Billy was a great game, in concept, but was virtually unplayable. I could bore you to death with more games that were just to damn hard. The point is, there was something special about NES games and the challenge they presented. Of course there were NES games that were extremely easy, but those aren’t the ones we remember. I love that NES game designers gave you a game and were basically saying “give it your best shot.” There was a sense of pride in defeating a game back in the day. Now, it seems more like a chore to complete some games.

When done right, it is possible to produce a game that is satisfyingly hard and fun at the same time. Hell, sometimes a game isn’t THAT good unless you throw a controller or two in frustration. Maybe it is just a matter of turning up the default settings on games, or the game’s difficulty level dynamically adjusts to you on the fly more harshly. Maybe I should start campaigning that game designers should make difficulty option called ‘Classic.’ I would love to see a return of ‘Classic’ difficulty in games.  This setting could be the game made the way the game was truly intended to be played. No more hand holding, give me the game and let me go after it with my best shot.

Coming up in part two, I’ll discuss a few specific current games and how the default settings can not hold a torch to ‘Classic’ difficulty.