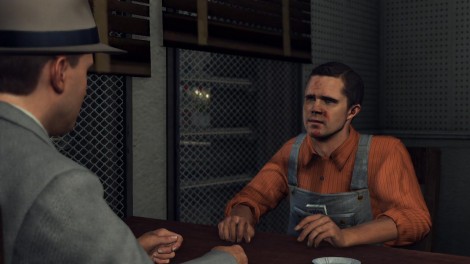 You can actually read the faces of the guilty.

The technological advancements video game developers are achieving are downright astounding. Look at L.A. Noire. Just released last week, the facial animation details in each character is like looking at a real human being. Even an expert on Asperger’s Syndrome believes the game can be used by sufferers to aid in recognizing lying and other deceits they aren’t able to suss out on their own. As great of a fit as the technology is in L.A. Noire, I’m worried that we don’t know where do to draw the line when it comes to realism in video games. Do we need our games to match reality? Games are often used as escapes from the realities that those they are trying to mimic. Outside of true simulators, it’s my opinion that true reality needs to stay far away from the world of video games.

If you’ve been a frequent visitor to Horrible Night, you know that most of us give the Call of Duty franchise a hard time. However, for the first time, I’m actually going to defend the series. Not because I think it’s currently a groundbreaking series, even though it was at one time, but because of its choice to keep realism at bay. Games like Call of Duty are fun because gamers get to do things most never get to do in their own lives. They get to shoot different types of guns at human looking characters with no repercussions. While social mores look down upon the killing of a human being by another human being, gamers are safe to do so in their favorite unrealistic portrayals of war. I praise Call of Duty for portraying that unrealistic version of war. I’m not talking about the ridiculous set pieces or plot line. I’m looking at its addictive multiplayer modes. Hey guys, when people get shot they don’t respawn ten seconds later. They die or are horribly injured. While I don’t want to make light of any injured veteran because I am very appreciative that they do the things that I’m too much of a pussy to do, I don’t want that in my video games. If Call of Duty was 100% realistic, the moment you die in the game the game would be over. No respawn. No restart. Over. $60 down the drain. The brutal realities of war. 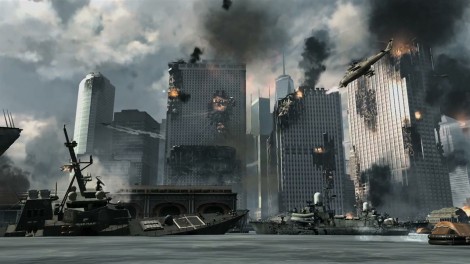 War is hell, and never changes.

Can You Take Me Higher

Is this real life?

I’ve been playing a fair amount of Assassin’s Creed lately and this whole idea of realism was actually spawned during a Horrible Game Night. I believe it was Justin G. who brought up the fact that many of the death defying things Ezio and Altair do in Assassin’s Creed would rip their shoulders from their sockets. Even though I’ve not experienced a separated shoulder personally, I have to imagine it’s not the most pleasant thing in the world. That’s why I’m completely satisfied with the choices Ubisoft made in terms of being able to grab onto the tiniest of ledges after jumping from a 20 story building across the alley. Let’s not forget the fact that the Assassin/Templar feud, though based on some aspects of history, is a fabricated tale full of intrigue. Oh, and the Animus probably doesn’t exist. You can’t travel back in time to take the place of one of your ancestors, and replay their life until you get it right. Unless of course it does actually exist, and the Assassin’s Creed games are just there to throw us off the trail of the actual Animus because no one in their right mind would actually believe something like this would exist. Right? RIGHT?

The Kingdom of Mushroom

If there ever was a more heroic and world-saving occupation than a plumber, please let me know. Most of the plumbers I know can’t keep their pants up around their waist, bent over or not. If you ever get the chance to glean any wisdom from a plumber the will probably drop this nugget of wisdom on your unprepared ass:

Damn right it does. And that’s why no Mario game should ever touch the realm of reality. Just think about what a game would be like if the main protagonist was a plumber? A Captain Lou Albano appearance notwithstanding, it would suck. Plunging toilets and pulling out gobs of hair from the shower drain does not seem like the ideal gameplay design for the Wiimote. Unless plumbing was your day job and you hunted ghosts at night. Then we might be talking about a decent reality based game. Or it might turn out like Luigi’s Mansion. 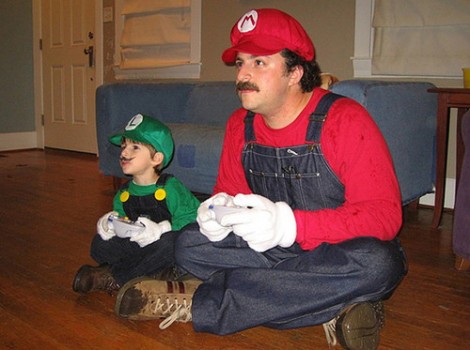 Not Always the Answer

Sure, some of these examples are fairly ridiculous, but just how realistic do we want our video games to become? I know that we will never see a realistic version of Super Mario Bros. and if there are people out there who want that to happen, might I suggest that they think about checking themselves into the loony bin? But with more realistic characters and surroundings, we still have to suspend our disbelief a little bit. Just because I drop from a tall building doesn’t mean I want the game to be over because, technically, I couldn’t survive the fall. Nor do I want any first person shooter to end after getting killed. Those games wouldn’t be fun. Recreating reality isn’t the answer. We will still need our escape.