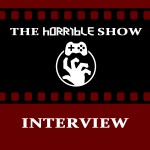 Justin speaks with Chris Melissinos, the curator of the upcoming The Art of Video Games exhibition at the Smithsonian, who tells us the story behind the scenes, the nomination and voting processes, and what we can expect for the future of the exhibition.

Listen to the full interview above (39 minutes) and then read my reaction to the interview below along with additional background information on the exhibition and related links below.

The Art of Video Games – The Horrible Show Discussions

Getting Schooled on The Art of Video Games

I have to admit that I’ve had a lot of fun in the past few weeks discussing The Art of Video Game exhibition. Video games, in the Smithsonian, it is not every day that your hobby gets that level of validation. It was an exciting announcement, and hit right at the core of why the Horrible Night crew are such big supporters of this industry. Here is a group seeking to preserve the history of video games, promote it as an artistic medium, and spread its passion for games to non-gamers. So of course, when the winner’s list was announced, rabid gamers that we are, we had to talk about it.

We approached our initial discussion of the winner’s list from Era 1-3 as fans of video games. With the four of us with different gaming backgrounds and favorite gaming genres, I felt we would get a range of reactions to the list. Our goal was just to capture those reactions in the moment, provide some interesting discourse around the games selections we agreed and disagreed with, and ultimately uphold our respect to the people responsible for bringing this exhibition to life. We did not expect the curator behind the exhibition to reach out to us, but when Chris dropped by the site and accepted our request for an interview, I was thrilled. 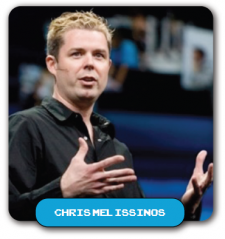 The first thing that struck me when talking with Chris Melissinos, is that this man is a gamer. You may not know a person at all, but when you find out they are a gamer too, there’s an instant rapport and bond that forms. It’s hard to describe, but it’s like meeting an old friend you haven’t seen for years. We were off and running from that point. In the end, we probably could have gone on for a few hours if I didn’t want to let the man get back to his more important duties.

My biggest curiosity about the exhibition, as thankful as I am for it, was how and why it was coming together now. For some reason, I’m in a rush for video games to be taken more seriously as a medium and think we’re already overdue. So why did it take so long for someone to take the reins? Chris’ answer is simple, it couldn’t have happened before now. Gamers are becoming connected through online games, better technology, and there is finally a means for the original gamers to interact and relate with the new generation of gamers. It takes more than just one generation to tell the story of the art of video games.

Chris believes that story comes from three distinct voices – the game’s creators, the game itself, and the players. That is what separates games from other mediums, all sides are involved in creating the individual story of a game. Across genres and platforms, these stories evolved. Chris and his team set out to select games that not only represented the greatest artists, technological advancements, and visual effects that each era had to offer, but to have the selected games tell the larger story of the growth of art in video games across generations.

In our first discussion on The Horrible Show, we were baffled by some of the nominations. We knew we were missing something about the process of selecting these games. Luckily, we were able to schedule the interview inbetween our 2 discussions onThe Horrible Show. To illustrate this point Chris highlighted the growth of games using Pitfall! to Uncharted 2. That’s when the light came on for me, and I started to get much more excited about the depth of the game’s list. We looked at the exhibition’s games list in an entirely new light for our second discussion.

After having the privilege to talk with Chris, I was happy to have my confidence confirmed that the preservation and elevation of our industry is in good hands. While no end all list of games is going to please everyone (no matter the classification), we can all be proud of those games chosen to represent The Art of Video Games in the Smithsonian museum. Chris and his colleagues also know that this is just the beginning, there are plenty of games to come, and the art will grow right along with it.

The Art of Video Games exhibition will be at the Smithsonian American Art Museum from March 16, 2012 to September 30, 2012.