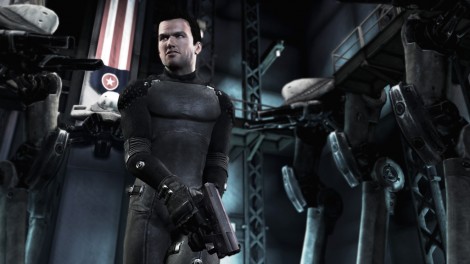 I still want to find out what this "Progressive Restoration" is all about.

Chair, developer of the huge iOS hit Infinity Blade, hasn’t forgot about the game that put it on the map in the eyes of the hardcore gamer. Fans (especially this one) have been crying out for a sequel to Shadow Complex ever since they finished the first game. In an interview with Chair Entertainment creative director Donald Mustard, Eurogamer gives us the inside scoop on whether or not there will be a sequel to the Orson Scott Card-written storyline.

If that isn’t a thinly veiled attempt at disguising Chair’s intentions when it comes to Shadow Complex, I don’t know what is. Chair has made a name for itself by developing games on burgeoning marketplaces but I have to wonder if it will take the leap to a retail boxed copy of the next Shadow Complex game. Mustard said that he “…still cannot think of a way that we’d be able to bring over the precision controls [to touchscreen devices] that Shadow Complex needs to be amazing.” I was hoping they’d keep it on a traditional video game platform. Hopefully some more concrete information will be released at E3 next month. But don’t be surprised if it’s not. If that disappoints you, just go back and replay the first game. It’s worth more than one play-through.