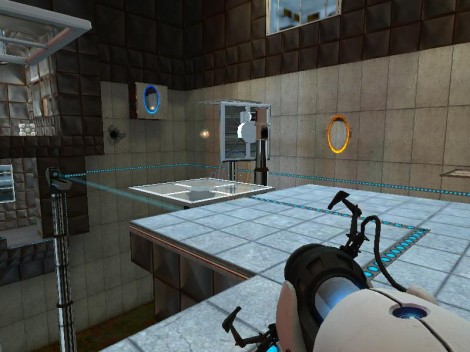 Portal in the classroom? Where do I sign up?

Last August I wrote a news article about Professor Michael Abbott, a teacher at Wabash College in Crawfordsville, IN. He had pitched teaching a class in the Enduring Questions course every student at the college is required to take. One of the themes associated with the Enduring Questions course asks the question “Who am I?” Abbott thought that Portal along with its text accompaniment Presentation of Self in Everyday Life by Erving Goffman answered this question. Now that the class is over (final papers were handed in on May 3rd) Abbott spoke with Giant Bomb’s Patrick Klepek about the success of the course:

“I wanted to provoke the students with some ideas and I wanted it to be a very well-designed game, something that I felt that was about as perfectly designed as a game that I could think off.”

Portal fit that description. Abbott has his own video game website called Brainy Gamer, so it’s not like he came into this project blind. He knows his stuff, and had to pitch the faculty of Wabash College on the idea that teaching a video game in a college classroom is something that could be done. He goes on to tell Klepek:

“I was betting the farm. This is the first time we’ve done it. I’m obviously trying to push this forward as a legitimate kind of content to be a part of our curriculum. I was nervous. I gotta say I was nervous about it.”

What was surprising was the reaction the guys had when proposed the idea. Sure, not everyone walks into a classroom expecting to be studying a video game (even though that sounds fantastic to me) nor do they all play the types of games that would be up for more research. Sorry Call of Duty players, your game has no teachable qualities in a literary sense. Abbott said that the reason why some of the students were hesitant to jump on board was that “they have a built-in resistance because they think they’ve grown up with their parents and basically American popular culture saying video games equals waste of time.” 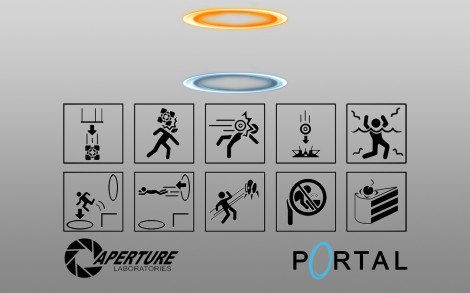 The cool thing is, most students came around on the idea of playing a video game for a class. Abbott made a deal with Valve and they provided licenses for both Mac and PC. But that didn’t mean students played Portal as a solitary unit. Like with most other classes in college, students formed a sort of “study group” and played the game together. Abbott provided an online discussion forum for the game while encouraging students to stay away from online guides and instead use the help of other students.

Overall the course was deemed a success by Abbott. His initial goal was to hopefully get video games on the curriculum and he succeeded. With the success of Portal in the classroom, it will likely be taught in future semesters. This might lead to further classes studying the imagery and underlying themes of games like BioShock or perhaps a history course studying the Assassin’s Creed universe. 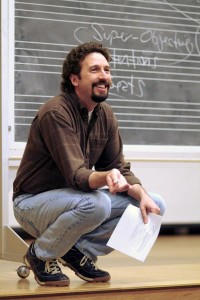 Cementing his title as "Brainy Gamer"

We’ve been talking a lot about games as art with the Smithsonian Exhibition here on the site. It’s a hotly debated topic whether or not video games can indeed be looked at as art. Strike another tally in the win column for video games in that argument because they are now being studied in the classroom. Other universities will be sure to follow suit. College age kids love video games and professors want to be able to reach and teach kids by engaging them in things they are interested in. This is a start of a wonderful future. So who know, pretty soon we might see games in the Art History department.