Recently I went to a going away party for a good friend. After the requisite food, drinking, and laughter, it was time to say goodbye. 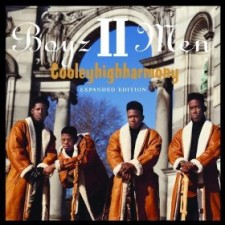 I’m not afraid to admit that the room got really dusty (eyes red and watery) at that point. It wasn’t hard to come to the conclusion then, that I hate goodbyes. They leave me with feelings of guilt, loneliness and a sense of nostalgia. I feel guilty of not being a better friend when I had the chance. Loneliness arises when I know I won’t see them again. In quiet moments, I look back at the time we spent together. This also happens to me every time I close a video game case for the last time.

When I play a game that I really enjoy, I often find myself quitting before beating it. Thus, leaving the game open for an eventual return. More often than not, I never go back to the game. That’s where the guilt comes in. I’m sure we have all had buyer’s remorse at one time or another in our lives. Usually it happens mere seconds after purchasing something you don’t really need. Especially when that money could be used for that overdue electric bill posted on the refrigerator. When I buy a video game, the remorse digs its way in long after the purchase was made. It usually manifests itself as something like “Why did I buy this game? It has just been sitting here since the week after I bought it.” What is remorse other than another word for guilt? I feel like I haven’t given the game a fair shake and yet it sits there and stares at me, wanting me to enjoy it. It definitely gives me more than I give back to it.

On the rare occasions I do actually finish a game these days, I feel alone. The time you spend with the characters from each game can rival that of your actual friends, bringing guilt into the equation as well. They become part of your life and you want to share their stories with your loved ones. That’s usually when your significant other feigns interest, and asks about your sanity. But it’s true. Through that sharing you feel a part of something larger, less alone. When you don’t have anyone to share the experiences with and the game is over, loneliness creeps its way back in. That is where the connection built between the player and the game comes into play. I think that is what every developer wants to see happen, at least. During our test podcast here at Horrible Night, we talked about playing a game after beating it. This especially comes into play in the games that have moral choices. You play it one way the whole first play through and then you tell yourself you’ll go back and play the opposite way the second time around. I have told myself this many times, but have never gone back to replay a game. For me, it doesn’t matter if the game has moral choice or not. Even in Uncharted 2: Among Thieves, one of the best games ever created and a personal favorite, couldn’t get me to play through the story again. It’s something that is hard for me to do when I have other games I want to play and connect with. 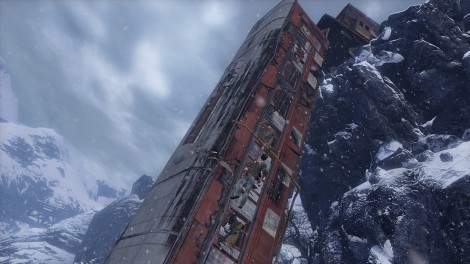 This scene is too intense for some people.

Those feelings only come about with newer games because I have long since passed the period where I feel that way about the older, classic games. It’s hard to look at the classic games without feeling nostalgia. Just like when you eat a certain item, it can bring back memories associated with that food. Video games do the same for me. Whenever I play Castlevania: Symphony of the Night, I’m taken back to when my roommate played it in my first apartment. When I play Super Mario Bros., I remember being at a friend’s house and learning all the secrets before I actually owned my own NES. When I think of playing Super Mario Kart, I remember getting into heated battles with my sister. All those memories are tied with a video game. Many different feelings arise when I look back at the times throughout my life where video games have played a major part. I hope the same happens in 15 years with the current generation of games. 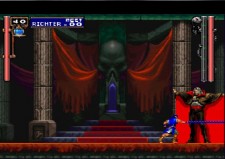 But enough talk. Have at you!

Whether or not I feel nostalgic, guilty or alone, saying goodbye to video games will always be hard for me to do. Not only are they an investment of money, but an investment in time as well. I’m not sure how much time has to pass until I can go back and play through some of the newer games but I’m glad I can go back and play the old without being bored. Maybe it has to do with the length of newer games compared to the old. I’m not sure. However, if I’m able to play Uncharted 2 in the future like I play Contra now, I think everything will be okay.