America may be a melting pot, but the true flag bearers exist in a world of leather, blood and endless whiskey. It’s been awhile since I’ve gone on vacation, and seeing as I consider myself a modern day cowboy (subtract the relevant skills and multiply the sex appeal) I figured a trip out to the Wild Wild West would be the only way to go. I’ve grown accustomed to the Yankee lifestyle, with my horseless carriages and electric lanterns, so I needed to make sure I got some insight into my dusty destination so that didn’t end up looking like a Pretty Pretty Princess in the gritty gritty countryside. Luckily for me, I have the lessons of Red Dead Redemption as my travel guide for this George Jones inspired endeavor.

The Lessons of Red Dead Redemption 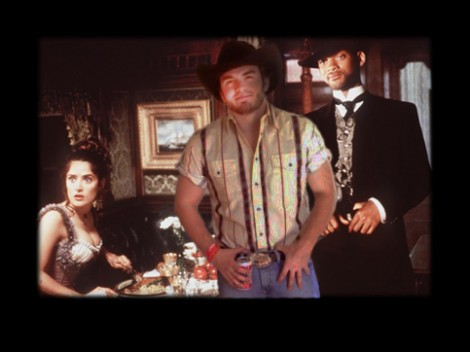 Where's Dru Hill when you need them?

Duels are not as easy as they look

I learned something today. My mom always told me that resolving conflict with kindness is much better than resolving conflict with force. That fluffy attitude would have her dead within hours of arrival to the wild frontier, so I need to do the exact opposite. While I do feel confident in my fist fighting prowess, disputes in the west tend to go the firearm route, so I’ll need a lot of practice with a six shooter. The quick draw is a difficult maneuver, and seeing as it’s a struggle to just take my wallet out of my super tight cowboy jeans, I may have a problem. Failure is not an option unless your opponent takes the good guy route and shoots off your hat, but one can’t rely on good natured folk amongst bandits and cattle rustlers so aim for the head and apologize to loved ones later. Thanks, Red Dead Redemption.

Endangered animal hides are the currency of manhood

I learned something today. Conventional wisdom tells us that carrying cash is the best practice while traveling to most places, but the person who relayed that garbage probably wears cardigans and calls glasses “spectacles.” Living in man country means exchanging goods with man currency, so load up your rifle and assemble your field dressing gear; some baby animals are about to experience the plot of Bambi in 4D. Sure, skinning animals takes a bit of effort, but nothing dissuades a mugger better than bloody hands and grizzly carcasses. Don’t let the conservationists of the world get in your head, either, the animals they are trying to protect are the ones worth the most, so terms like “endangered” and “near extinction” actually translate to “gold” and “platinum”. Thanks, Red Dead Redemption. 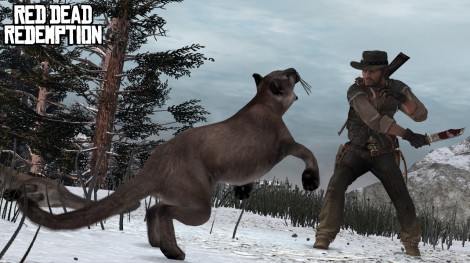 Bored with shooting? Even the odds and PETA can't possibly be upset.

Prostitutes don’t respect the vows of the lord

I learned something today. Like used car salesman, prostitutes have to sell their wares despite the mileage and roughed up interior. This takes persistence, so no potential John is left out of the running. My wedding ring does quite well in preventing the advances of most females, but prostitutes only see it as a challenge and evidence of economic stability. Not making eye contact is a good first step, but as pushiness increases so should your foot speed. Running away from your problems doesn’t always solve them, but in this case it does prevent the possibility of venereal disease. Thanks, Red Dead Redemption.

Learn to whistle and you’ll never run out of horses

I learned something today. Whistling is an annoying skill that conveys cheeriness in the East, but in the West is the only true way to attract horses. Since horses are the only source of transportation in that region, you better learn to wet your lips and blow. Be cautious, however as your proximity to a horse is very important factor to consider before attempting such a maneuver as you wouldn’t want to confuse other creatures of the West (see above). Thanks, Red Dead Redemption. 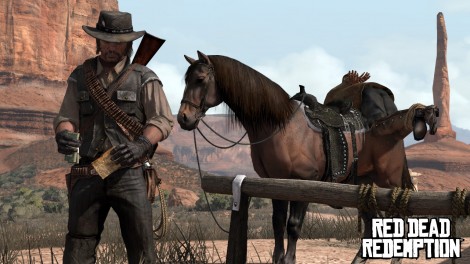 It's less suspicious to find a person tied up on the back of a horse than in the trunk of a car.

Even if this western expedition isn’t the next Travel Channel special, my enthusiasm won’t wane and a thicker tuft of chest hair will be the only souvenir I need to keep my trip fresh in my heart. So pack up your saddlebags and join me if you can, those bison herds aren’t going to thin themselves. Thanks, video games.