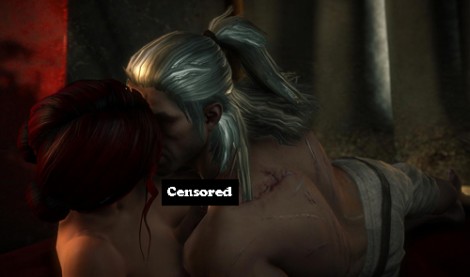 The make out session is free babe, but you better open your wallet once I start to expand.

The Witcher 2 is out today, but being the fast food society we are, thoughts of DLC are already on the minds of many, including those at a recent Facebook QA with developer Projekt CD. When asked about future DLC, a representative of the company informed fans that all DLC will be free, including a day 1 DLC side quest entitled “Troll Trouble”. However, it was also stated that expansions would more than likely cost money which makes sense because an expansion expands a game and would probably equate to The Witcher 2.5 where as DLC supplements the initial package. Too bad other game companies don’t share that logic.

I enjoyed playing The Witcher (though I admittingly did not finish it) and from what I’ve seen of the sequel, it looks to be a solid, (albeit a bit under the radar) action RPG. For gamers that couldn’t get past the lighter mood of Torchlight, The Witcher series will wet your whistle for mature content (ie boobs, butts and blood, not refinement).