Meanwhile… we’ve actually been playing games. Each week we recap our recent gaming experiences and tell you what we’re looking forward to, so you can use your time more wisely than we have. Finally. Ben. Has come back. To tell us more about Portal 2. While Gifford keeps it indie and Cole turns on his PS3 for the first time in months, Justin rocks his own socks off and Ethan is a zombie. 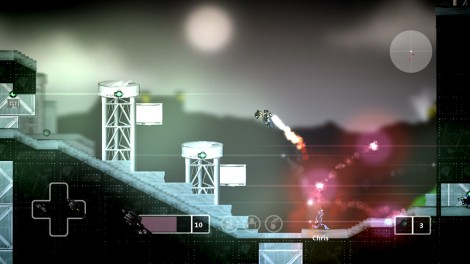 Zombies and Pterodactyls clearly go together.

The Appropriate Justin (Lacey) and I helped Cole and his wife move into their new digs last weekend and somewhere in between unpacking dishware and witnessing a bachelorette party at an Irish pub, Cole’s 360 and PS3 got set up. We got to play some of the Mortal Kombat demo on the PS3 and watched JDevL kill a lot of bots on ZP2KX (Zombies & Pterodactyls 2, brought to you by SKA Studios, who developed The Dishwasher: Vampire Smile). Mortal Kombat looked like Mortal Kombat SHOULD look and at some point, I’m going to pick it up.  Despite not being a huge fighting game fan, A: it’s Mortal Kombat back in the 2D plane where it belongs; B: Everything that The Appropriate Justin said about it in his review is true from what I can tell from the demo; and C: I need more mindless violence in my life.

The result of our little gaming session turned into several hours of ZP2KX on Sunday when I got back from Louisville – I even got into playing on XBL and ran into a difficult-to-understand but friendly-and-helpful online community who seemed to all come from somewhere in the British Isles where the English they speak is about as far from the Queen’s English as American English is. I can’t get over how much I love the art style, smooth controls, humorous violence, weapon porn and seemingly endless unlockables. If you haven’t downloaded this game yet, do it. It’s got shades of Super Smash Brothers mixed with Super Meat Boy and the battle-chaos of Team Fortress 2. Oh, yeah. And L.A. Noire comes out on May 17. I may have to take a personal day from The Horrible Show if it’s as good as I think it’s going to to be. 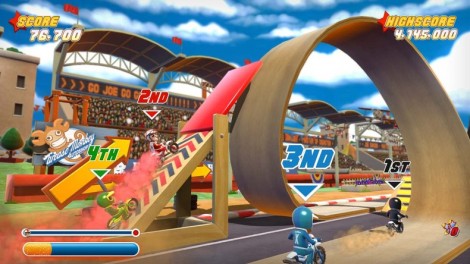 Gaming was light for me as I packed and moved to my 3rd state in 6th months. I plan on staying here awhile. Like GiffTor mentioned above, Mortal Kombat dominated the evening along with some Joe Danger. I haven’t played that game in awhile and watching GiffTor playing it made me want to discover the danger all over again. It is one of the best PSN games in the store and I highly recommend it.

The news has come out that Sony will be giving 2 free games to PSN subscribers and two games on the list got my attention. LittleBigPlanet and InFamous are two games I’ve barely played but always wanted to and now I’ll be able to have them for free and on demand. I was expecting smaller games like Joe Danger being offered in this “Welcome Back” promotion not games that saw a full on retail release. I don’t know when they will be released to the general public but I’ll be playing both of them when they do. That is if I don’t find myself drowning L.A. Noire. 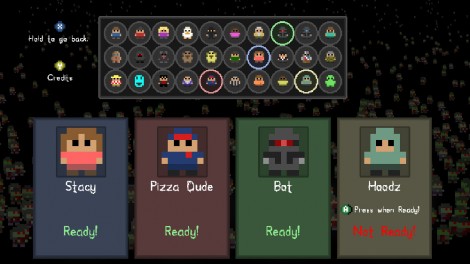 I started the weekend with every intention of finishing off Dead Space 2, but the announcement of the Horrible Night Out games drug me away from the PC and head on into Section 8: Prejudice. I won’t go into too many details as you can read my reflex review, but I am really excited about the potential for this game. Even when losing (a lot) I still feel like I am winning.

I feel like the indie game guy at times and thus I wanted to talk a bit about Zombie Estate, a value priced Xbox Indie shooter that sucked up valuable Dead Space 2 and Section 8: Prejudice time from me. It’s cool because it’s a 3D game with pixel sprites, so it feels like you’re shooting at paper zombies. It’s wave based, but the different zombie types and weapons make each wave a bit different. If I played games with people in real life, I’d definetely fire up Zombie Estate‘s 4 player co-op mode. The game has a lot of heart and the creator takes developing games seriously (unlike some of the garbage in the indie section that pollutes the category). 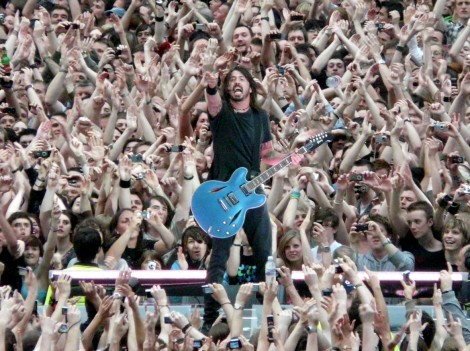 Ended up being a bit light on gaming last week, but I did manage to put in a solid block of time into Outland. That game just keeps getting better and better as the game ones, after a rather slow burn to start. Outland is also flat out gorgeous, most of the time I find myself stopping in new areas to stare in awe at the polarized obstacle course playing out in front of me. Then panic hits as I realize I have to find a way through it. Hopefully, I have that game wrapped up in the next week or so. I also rocked out a bit to the new Foo Fighters pack in Rock Band 3 taking full advantage of the roommate being out of town for a chance to sing (?) in my empty apartment. Hey, it keeps away the mice.

After a frustrating week last week where my “I want a new game” itch went unsatisfied (dammit Brink), I jumped full in on the L.A. Noire hype. Early reviews said the magic words of “great story” and “methodical gameplay” which for some reason was exactly what I was waiting to hear on this game. I didn’t want a GTA, but I wanted Rockstar’s production values and detective gameplay. Now the only question is how good is this game? I can’t wait to find out. I also can’t imagine playing anything else once I get my hands on it. 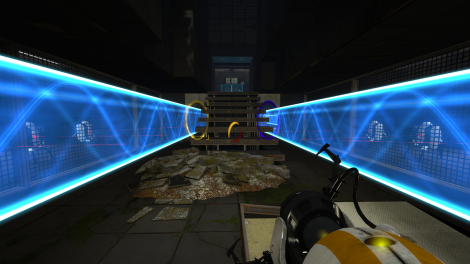 What are light cycles doing in my portals?

The gaming time I managed to squeeze in during the last month was pretty much consumed with Portal 2. Seriously, how good was that game? I played it in smaller increments that most people, I think, with it taking me about a week and a half to work my way through. I still need to tackle some multiplayer though, haven’t even touched that. And I know there are things I missed in the single player as well so I’ll need to go back through it. And then there’s the developer commentary… well, let’s not get carried away. I hope to make this an L.A. Noire week, though I’m not sure I’ll have time to pick it up. Over the last month or so, my skepticism has turned to genuine excitement for that game and I’m really looking forward to playing it. I missed the Red Dead train and sure, I’ll get around to playing that one eventually but I’m looking ahead now to L.A. Noire. Also, I keep hearing good things about these Ska Studios games, like Giff mentioned, and I would really like to give those a shot too. I have some extra MS Points sitting around in my account so hopefully I’ll get to sample a couple of those in the next few weeks as well.