Over the weekend, Saturday night to be exact, Sony finally restored the PlayStation Network. After being down for over three weeks, hundreds of people rejoiced when prompted to download the new firmware Sony’s calling 3.61. What it does is restore access to the PSN and asks that you reset your password upon trying to sign in. Ladies and gentlemen, be forewarned: not much has changed. It still takes forever-and-a-day to download and install anything over the PSN, even if the file isn’t that large. JDevL was over this weekend and he downloaded his gamertag over Xbox Live, admittedly an humongous file, and it was done in a decent amount of time. If he had downloaded it over PSN, he’d still be waiting. 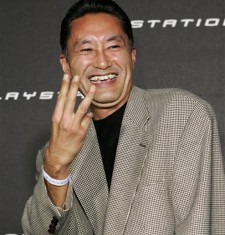 That's how many weeks PSN was down.

I don’t understand how, over the same series of tubes, there could be such a discrepancy in the time it takes to download something between the two networks. I would have thought Sony might change it up a little bit when its opportunity arose to overhaul its entire network. I know that their servers were probably slammed on Saturday night, but if I had downloaded it 3 weeks from now, it would still take the same (inordinate) amount of time.

All complaining aside, the Network is finally up again. So, all you poor souls who have been waiting to play S.O.C.O.M. 4, Mortal Kombat and Portal 2 can rejoice in that your favorite indoor grill is back online. Oh, one other thing: We’ve yet to hear what those free games Sony promised its subscribers are going to be. Don’t get your hopes up.