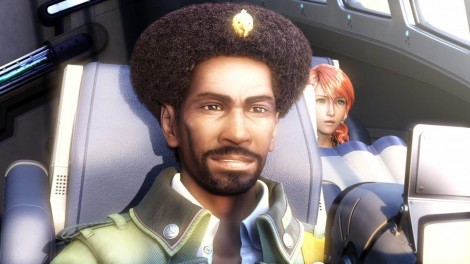 Did we really sell 5.5 million?

This week Square Enix announced that this was their best financial year that they have ever had. Leading the way is their number one franchise: Final Fantasy. The most recent release in their flagship series, Final Fantasy XIII, has gone on to sell 5.5 million copies sold in Japan, North America and Europe, combined. Another hugely popular game in Square Enix’s catalog, Dragon Quest IX, has sold 4.4 million copies. That is a huge number considering it has only been released in Japan.

With the acquisition of Eidos last year, Square Enix got to reap the benefits of one of the best games that came out last year, Batman: Arkham Asylum. That sold 3.24 million copies. The one downside to the successful start of the franchise is that Square Enix no longer has the rights to publish the game. Warner Bros. took those rights back when it saw the potential for a successful franchise.

Having been mentioned way back around the same time when Final Fantasy XIII was announced, Final Fantasy Versus XIII is also looming on the horizon. Versus is a game set in the same universe as XIII but with new characters and settings not seen in XIII. It has always been said that it would be a Playstation 3 exclusive but recently there has been rumors that it is going to be released on the XBOX 360 as well.

PS3 Exclusive? Not so fast.

You can’t really blame Square Enix for wanting to go back on what they have previously stated. Like mentioned above, Final Fantasy XIII has sold 5.5 million copies. If they can get just half that total for this game in the Fabula Nova Crystallis series, it will be a hit.

Right now they are only looking into it, but if they do end up releasing it on the 360 let’s hope they take a little more care of the port than they did with Final Fantasy XIII.