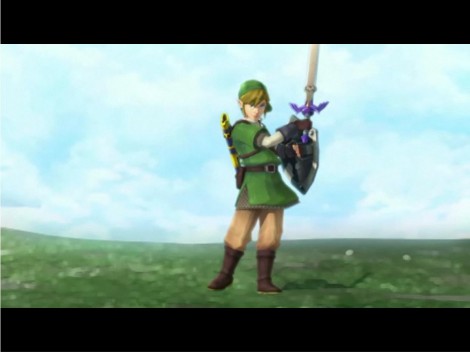 Who doesn’t love Zelda music? For those of you with souls, I’m sure you felt right at home with The Legend of Zelda: Skyward Sword trailers because that is most assuredly Zelda music. Have a taste, but prepare yourself for a blown mind.

Solid trailer right? Complete with the next Zelda tune that you’ll be humming along without realizing it while making you wonder if taking up wind instruments is still worth it at your age. Damn, that song would sound good on an Ocarina. I bet it would sound even better, backwards:

The Legend of Zelda: Skyward Sword – GDC 2011 trailer music in reverse by rawmeatcowboy

That Zelda fans is what you think it is. A little diddy called The Song of Time from some Zelda game called Ocarina of Time. Thanks to resourceful people like FTAwesome who made the discovery, and the guys at GoNintendo who separated out the snippet above, we can all continue to be in awe of Nintendo. Well, either that, or maybe they are just lazy. Based on their track record and the smile on my face though, I think they may know what they doing.