Meanwhile… we’ve actually been playing games. Each week we recap our recent gaming experiences and tell you what we’re looking forward to, so you can use your time more wisely than we have. We are joined this week by Rob… Ethan restricts his zombie to his browser, while Justin plays Tron just to look at digital Olivia Wilde. 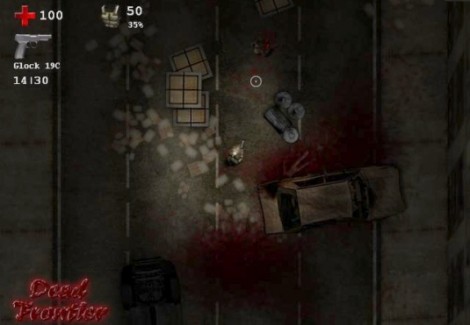 What a surprise! Another zombie game.

I have been sucked into Dead Frontier and haven’t looked back. Anytime I wasn’t preparing for the Indianapolis Mini Marathon, I was fighting my way through hordes of the undead. This is the type of MMO I like, simple and essentially free (though I am a gold member now). My brother and I have been talking about this game non stop and I’m surprised I didn’t hear about it before last week. It’s a tough game and dying is costly (literally, you lose experience and any cash you’re holding) so I am forced to play conservatively and have done more retreating than I’d like.

I am hoping to get into Dead Space 2 this weekend ( my wife is leaving for out of town, so why not be lonely and scared) as it kept getting pushed to the bottom of my list. I should have more than enough time to do all kinds of gaming this week as I hurt myself Saturday during the race, without my wife around or the ability to run, I don’t have much excuse not to play. 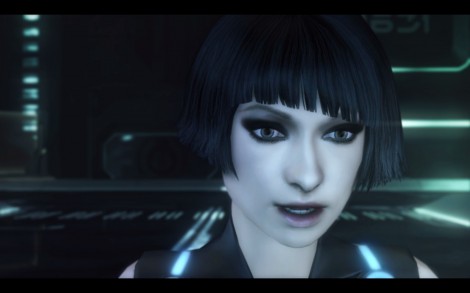 Even in video game form, 13 is smoking.

I never know how to react when I finish games. It’s like a go into a daze before I choose where to focus my efforts next. I continued pushing through the Mortal Kombat Challenge Tower interspersed with bouts of the Gears of War 3 Beta. Eventually in the midst of a fever I came down with over the weekend, I popped in Tron: Evolution. Wow. I really want to like that game. But it’s fighting me every step of the way. It has a lot of Tron goodness, but no real gameplay hook. I’m going to try and see it through, but better games have failed at holding my attention.

My game selection this week depends heavily on the reception of Brink. You see I got burned a few years ago with another multiplayer focused shooter, and I’m getting Shadowrun flashbacks. I’m cheering for Brink hope it is the next big multiplayer game, but I need cohorts to join in. So that means not only does it need to make a splash with me, but it needs to be big enough to draw in a few on my friend’s list. Hopefully a solid shooter with plenty of personality, customization options, and first person parkour action can draw a crowd. I’ve got my guns crossed in anticipation, otherwise I’ll just jump back into Azeroth like nothing else happened this week.

I’ve been pretty focused on wiping out every target in the skies and on the ground on H.A.W.X 2. I downloaded Outland and am looking forward to starting it. I know I haven’t (and will likely never) get over my completionist ways, but getting prodded about it over the last few weeks has made me try to move on more quickly…that said, you’ll pry L.A. Noire from my hands when they’re cold and stiff or I’m darn well good and done with it. (Also, I know I need Portal 2. And I want Portal 2. But I need and want sleep more.) 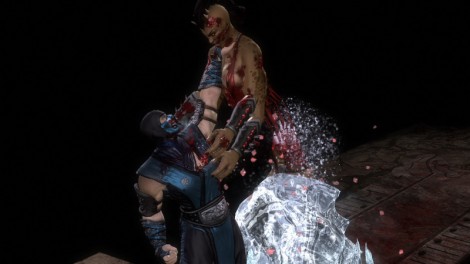 That is one helluva choke slam

Haven’t played much in the way of video games last but did get a large dose of Mortal Kombat last Thursday. Despite not being great at it and only playing as Scorpion (because I was somewhat familiar with his move set) I had a great time. That is one helluva game and I really want to play through the story mode and see if it is as good as everyone is saying.

It feels like I just moved like 5 months ago and now I’m moving again, so games will be light this week as well. I saw a commercial for Brink last night and have no idea what that game even is. I’m intrigued. I can’t believe L.A. Noire is out in a few days. It’s great that good games are being released at all times of the year instead of just around the holidays but I’m so behind. There is never enough time! 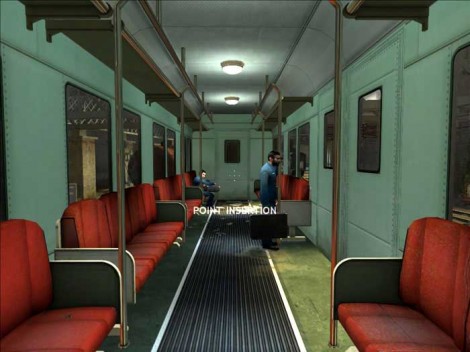 You want to play it again, too

I just wrapped up another play through of Half-Life 2. I am really impressed at how well that game holds up after 6+ years. I hadn’t played it since it first came out, so some of the game I recognized pretty well and some of it felt new to me. The whole game kept me moving through, though for roughly 14 hours. The reason I started playing it again is because after playing Portal 2 I have an itch to play Episodes 1 & 2 that I never played before. Since I hadn’t played HL2 in 6 years I thought I’d just refresh myself on where the story left off. Now on to the episodes!

Since my last meanwhile I have also played through Portal 2 as I said above. AWESOME. That game really makes the first Portal seem like an introduction to what the real game is in Portal 2. I definitely recommend to anyone that they should play 1 before jumping into 2. I spent a lot of time just looking around at all the environments and exploring the world that was created from what now seems so shallow in Portal 1.

I also picked up Mortal Kombat. Also bad ass. That game is a flawless victory for NetherRealm Studios. I’m not sure I even realized it, but I was missing the classic style MK fighting game. The thought it was exciting when they first announced they were coming out with one, but after actually playing it I’m even more excited for it. From the smack-you-in-the-face hard-hitting fights to the super polished visuals to all the different game modes (including the new story mode which is sweet), it’s most definitely worth the 50 bones I paid for it.