If nothing else, video games have prepared us for a post-apocalyptic world. We’ve learned to survive in the Fallout universe and fight off hordes of zombies in the Left 4 Dead series. If those events ever took place, I believe I have the skills to keep my friends and family alive. There was always another apocalyptic scenario waiting in the wings that I wasn’t properly prepared for until I learned the lessons of Enslaved: Odyssey to the West.

The Lessons of Enslaved: Odyssey to the West 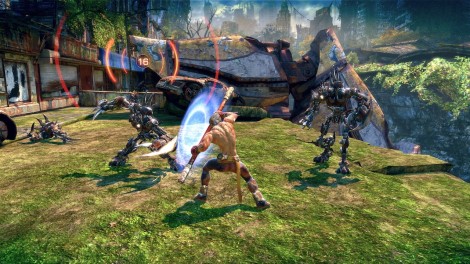 When you wake up mechs, they fight and call for backup.

Be quiet and you won’t have to fight

I learned something today. I’m a lover not a fighter and I go out of my way to avoid any type of physical confrontation. Sure, this might make me less of a man in the eyes of many but I don’t care. When confronted with a robot revolution I’ll be the one left standing. I know how to walk softly and carry a big stick in case my tiptoeing through the tulips isn’t as quiet as I had presupposed. You see, in a post-apocalyptic world ruled by mechanical beings in order to save fuel for fighting, mechs shut down when not needed. If you’re quiet and avoid their proximity noise sensor, you can sneak by them without facing off in a violent confrontation that usually leads to a mess of oil and mechanical parts being strewn about. The environment is already screwed up, we don’t need more metal and oil spilled on the earth. Thanks, Enslaved: Odyssey to the West. 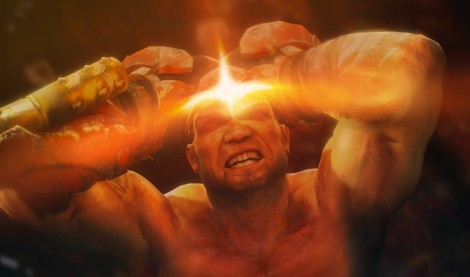 Glowing headbands are the ones you want to avoid.

I learned something today. Everyone loves a headband. For some, they keep hair out of one’s face. For others the headband is used to provide a sweat catcher in times of great athletic activity while also looking quite fashionable. But not all headbands are used in these ways. Sometimes a headband can be used as a mind control device. If you had the opportunity to put one of these special headbands on a significant other, imagine the possibilities. For example, you could command that person to provide a distraction when you needed to handle some “personal business.” However, you should never be the wear the headband yourself. Because if you ever try to get out of your “arrangement” you can be remotely punished and/or killed. Although if you are the last two people left alive in the world, it might be the only way out of a horrible relationship. Thanks, Enslaved: Odyssey to the West.

Andy Serkis is not your friend 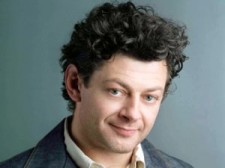 Do not trust this man.

I learned something today. In the time before the apocalypse there was a great film industry in the United States. A man named Peter Jackson wrote and directed an astounding film trilogy based on The Lord of the Rings. In those movies there was a character named Gollum who was performed by an actor with the name of Andy Serkis. Due to the success of those films and more importantly the beatification of Gollum as a performance art piece, Mr. Serkis became very powerful. Not only in Hollywood, where he first rose to prominence, but as the creator of a new technology that was sure to change the world. Mechs started to appear in the decades after his performance in The Lord of the Rings but no connection was made to Mr. Serkis. That is until these floating masks started to show up in random areas throughout the now deconstructed world that inspired flashbacks of a man looking exactly like Andy. It became apparent that was involved somehow. Now, I know not to trust anyone who is a motion capture performer. They will one day destroy the world. Thanks, Enslaved: Odyssey to the West.

Life in a post-apocalyptic world is never easy but with the lessons I’ve learned, it will be a little easier to survive. Being quiet, avoiding poor fashion statements, and not trusting motion capture “actors” are just a few steps that will help you on your way to living a happy existence with a fat portly man who resembles a pig. Thanks, video games.