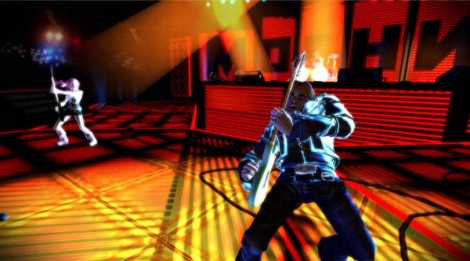 When we last left Harmonix they had been sold off by Viacom (MTV) and become and independent studio once again. The rhythm game genre has also seen the temporary death of Guitar Hero, so naturally the future of Rock Band has been in question. Especially considering that Rock Band 3 is currently budget priced even though it enjoyed great critical success last year. Harmonix’s Chris Rigopulos, VP of Strategy and Business Development, recently sat down with Game Informer to discuss the future of Harmonix and what the plans are for Rock Band in 2011. You can read the full interview here.

Among some of the more juicy reveals. Chris confirmed that we will not see a Rock Band 4 this year as they consider 3 to be fully featured and instead are focusing on continuing to build out their DLC music library. May will see the first glimpse of DLC content that Harmonix has been working on without MTV including new Foo Fighters and Ozzy Osbourne tracks. In 4 years time, there are over 2,700 songs available across the Rock Band platform with over 100 million total downloads so far.

Although, Chris expresses that they aren’t “quite sure what form that [Rock Band franchise] takes right now.. But rest assured that Harmonix is still developing new ideas and concepts to advance the Rock Band franchise, and we look forward to sharing those when the time is right.” For now, fans can be confident that the will still see plenty of new music for Rock Band this year and that this music game isn’t going away any time soon.