Over the years, I have played a lot of video games. I have also played a lot of the same games over and over again. When you play the same games repeatedly, it doesn’t give you a chance to get to some of the ones you probably should nor does it give you the chance to experience some awful games as well. In no world would I ever call Final Fantasy VII awful, however I’ve made it clear that it is not my favorite of the series. I have spent many hours fighting the evil Shinra Corporation, but I have a confession to make: I have never finished Final Fantasy VII. 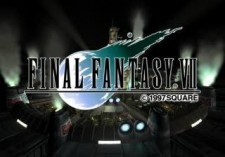 I hear the music when I see this image

Let me take you back to 1997 when the game first came out on the PlayStation. Up to that point I was a diehard Nintendo fanboy ever since I first laid my eyes on the wonder that was Super Mario Bros. I was a subscriber to Nintendo Power until sometime during high school. I had no intentions of owning a different brand of console ever. That is, until Metal Gear Solid was announced. Before that the only exposure I had to the PlayStation was through Nathan (The Prophecy) and his brother Ethan (Wizardtrain187). Nathan, being the huge JRPG nerd that he is (we both are actually) fell in love with Final Fantasy VII and I understood why. It was the first time a game in the Final Fantasy series was in a 3D world. With gorgeous pre-rendered backgrounds and awesome cinematic cutscenes, my eyes were glued to the television. 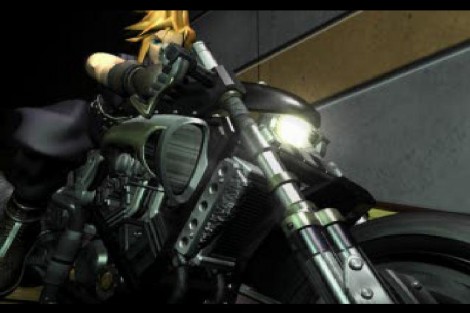 Back in the days of renting consoles, I went out and immediately rented a PlayStation and Final Fantasy VII. I’ve retold a story about not going to a party with girls to stay home and play video games. Well, Final Fantasy VII was the game responsible for keeping me in the basement by myself that night. While I can’t recall exactly how far I got on that rental, I knew it was a game that I would revisit in the future. The story of Cloud and Aerith had me hooked, and Sephiroth was the most bad ass character I had seen in a video game up to that point.

Redemption is Hard to Find

Fast forward a few years and I was now a proud owner of the PlayStation 2. Now that I was in college,  I had way more time for video games because those lousy sporting activities that got in the way of precious gaming sessions were no longer taking up the majority of my time. There happened to be a used video game store in the town that had hundreds of old NES, Super NES, Master System,  and Genesis games. There among the older titles was an original copy of Final Fantasy VII (not the green labeled Greatest Hits version). It was 20 bucks and I bought it. The PS2 was backwards compatible so I knew I could play it without buying a PS1 and I wanted to redeem myself and finally finish it. Big surprise, I never did. 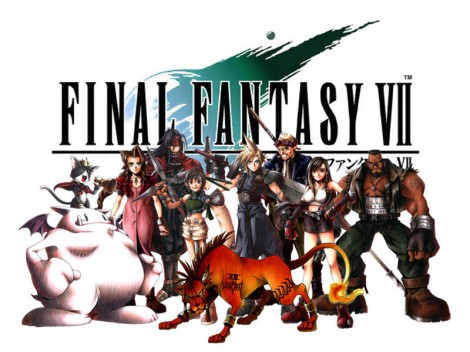 The friends I have abandoned more than once.

Further into the future, I had moved to California. I still had my copy of Final Fantasy VII (along with all of the other PlayStation Final Fantasies, including the SNES re-release compilations). They remained in a box the whole time I was there and were just taking up space in a box every time I moved. An opportunity to rekindle my baseball playing days arose and I needed a decent chunk of change to be able to play in the league. I decided to put the game up for sale on Craigslist along with the others. After getting a decent amount of money for the whole lot of games I had moved on from my ownership of Final Fantasy VII having never completed the game.

Then, the game was released on the PlayStation Network. Like an addict who keeps falling off the wagon, I bought the digital copy of Final Fantasy VII. I immediately dove in and played it religiously for a few days. It had been a few years since I had last visited the city of Midgar and I felt welcomed back with open arms. Yet, once again I stopped playing when a shiny new game came along and have never gone back to Final Fantasy VII since then. I’m starting to get the itch again.

Before you assault me with accusations of judging a book by its cover (because of my claim that Final Fantasy VI is the better game), know that just because I personally haven’t finished the game I’ve seen the whole story. Back before there was YouTube there was me watching Nathan play through the game. I can’t recall how many hours I spent watching him play through Final Fantasy VII but that might be part of the reason why I never was able to finish it on my own. I had seen it all before. You might think I’m strange for watching people play a game to its conclusion, but I like watching people play video games. 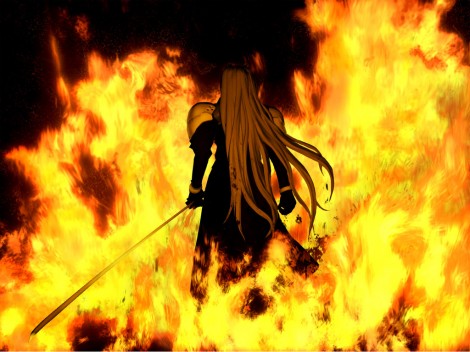 To this day, Final Fantasy VII sits on my PS3’s hard drive and mocks me. It knows that I have never finished the game and sits there with a saved game about 20 hours in waiting for my return. I don’t know if I’ll ever return to that game, but I know it’s there patiently waiting. For years, I’ve made fun of Nathan for crying during Aerith’s death, yet maybe I’m just afraid I’ll have the same reaction if I ever finish Final Fantasy VII.