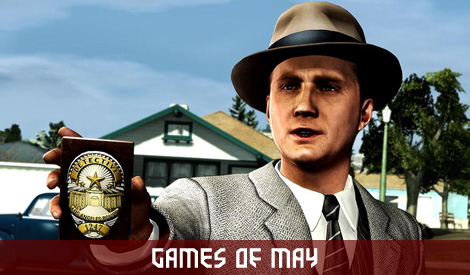 Not much wants to go up against Rockstar this month, but there could still be a few surprises out there. We finally have something nice to say about Black Ops for a change, and we’re patiently waiting to see what exactly Brink is. Check out the list of major releases this month along with our thoughts on our favorites.

Week of May 2nd

Week of May 9th

Here’s what has our attention this May 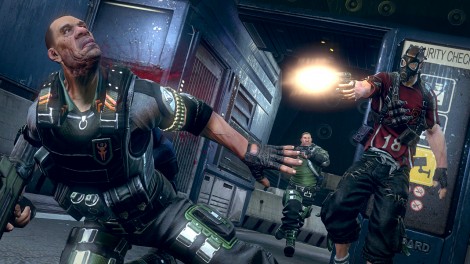 Justin L – Unapologetically, I’m a fan of any game that brazenly attempts to differentiate itself in the crowded FPS genre. Brink has stood out for a long time based on it’s art style, customization options, and curious parkour-based movement system. It sure looks like it will feel different than most shooters, but will that difference equate to a good game? That’s hard to say at this point because I still have no idea how much a single player fan like myself will get out of a game that looks somewhere between Borderlands and Team Fortress 2. I’m rooting for this game, and will most likely end up purchasing it during its first week of release, but I’m going to wait until I read/hear some feedback on what really matters – what is it, and how does it play?

Andrew – I’m intrigued by Brink, but not enough to rush right out and buy it right away. I don’t really know a whole lot about it, but I remember watching a trailer and being really impressed with its S.M.A.R.T. (Smooth Movement Across Random Terrain) system Splash Damage, Ltd implemented. The movement as they were running through a level grabbing ledges to boost them up onto higher areas just looked extremely fluid and unlike anything I’ve seen in a shooter. I just feel like that aspect could add a really cool aspect to both single and multi-player scenarios so I’d definitely like to give it a try.

Ethan – Brink keeps grabbing my attention, but I am very leery of FPS focused purely on multiplayer. That being said, Brink looks great and has a lot of potential for creating a niche for itself. Whether or not it gets onto my all ready heavy backlog of games is how many of my friends are playing and how much progression I can expect (my attention drifts rather quickly). Another concern is the community behind the game; FPS players can be jerks and mutliplayer fans can be obsessive, meaning a combo could equate to a very unsavory experience. Still, it’s stylized graphics look great and the trailers I have seen are action packed, so you may see Wizardtrain losing himself to the man cave for longer periods of time. 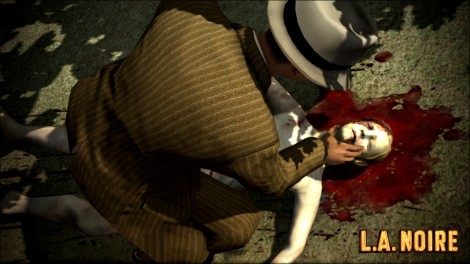 What can we say about L.A. Noire? Apparently, a lot. So you, our dear readers…just know we’re very excited about this game. We’ll let GiffTor kick us off and throw in key thoughts from everyone else to prove it.

Justin G – Wow. There’s a lot coming out in May, isn’t there? It’s a mystery to me how I’ll ever decide which games to get. I’ll probably have to pay attention to a lot of non-verbal clues and…oh, alright, I’m buying L.A. Noire. No questions asked. Even though I just got finished with one Rockstar game, it looks like I’m heading into another, although I’m not sure if the two could be more different. Contrary to popular belief, the U.S. was a very violent place immediately post-war so I can’t wait to break out my inner Continental Op or Spenser and get to work. If you haven’t seen the visuals, you need to. Although Rockstar hasn’t been known for super-hi-res skins in the past, L.A. Noire looks…well, go see for yourself, but it’s another game that makes me wonder what in the heck they’re going to do with the next generation of consoles. The uncanny valley hasn’t been crossed here, but head here to watch one of these interview videos and you’ll see what I’m talking about. In the same spirit as Assassin’s Creed II & Brotherhood, Team Bondi, L.A. Noire‘s developer recreated L.A. from the ground up based on historical records and set out to create a playable crime drama partly due to the Team Bondi crew’s dissatisfaction with what’s on TV. I normally enjoy a bit of sci-fi or fantasy mixed in with my games, not least because you’re in unknown settings where the city layout doesn’t scream “Designed by people who don’t pay attention to detail!” but I am psyched for L.A. Noire and have been since I saw the first teaser almost a year ago.

Rob – L.A. Noire will be a no brainer buy for me. Been looking forward to this one for a little while.I honestly haven’t been paying all that much attention to the details of the game, because I’d like to be surprised by it when I play through. I do know it should be awesome just because it’s coming from Rockstar, though.

JP – May 16th can’t get here fast enough. This is my most anticipated game (pre-holiday season), and I have very high expectations for this title. Rockstar showed with Red Dead Redemption that it can walk away from dick and fart jokes and make a grown up game. I am extremely intrigued by the thought of a somewhat non-liner sandbox detective story. If Rockstar can pull of the mechanics of clue gathering and the interrogation system, we might be looking at a whole new game genre.

Cole – For me, the month of May and gaming begins and ends with L.A. Noire. That being said, I’m bracing myself for a little disappointment because it can’t be as good as I expect right? I can’t believe that it’s almost out. It still seems so far off.

Ben – I was skeptical of Red Dead Redemption. I was pretty bored of GTA style games and didn’t think a change of scenery would help much. I still haven’t played it but seeing how much praise it got from people whose opinions I respect, I’ll definitely give L.A. Noire a chance.

Christina – Even though I never played any of the GTA games, I somewhat expect this to be a somewhat classier version of those games because from what I’ve seen there’s less running around and shooting people, and more observation, strategies, and story. The advances in motion capture technology was really discernible in the trailers, so it’ll be neat to see how polished this game turned out in the end.

Justin L – Rockstar has a blank check with me now. Buying this game day-one on faith and on the fact that the trailers have literally made my jaw hit the table. If the investigations fulfill on half the promise they are showing, we’ll be talking about L.A. Noire as a game changer for a long time.

Best of the rest

Call of Duty: Black Ops: Call of the Dead (DLC)
Ethan – I haven’t touched Call of Duty: Black Ops, but the trailer for Escalation’s zombie level Call of the Dead kind of has me interested in purchasing the DLC. It seems so over the top and I was excited about the cameos featured in the game that include Danny Trejo, Sarah Michelle Gellar, Michael Rooker, George Romero and Robert Englund (though Tom Savini should have been given the nod instead of Robert Englund, Englund was Freddy, Savini is the George Romero of zombie effects). It looks simple, gruesome and well worth an all night session of undead annihilation. I own Black Ops for PS3, so here’s hoping PSN gets everything worked out or else I’ll be zombie free.

JP – I’m going to be honest, I really have been on the fence about purchasing the second Black Ops map pack. I have lately been a little bored with this title. Now Treyarch has thrown a tire into the fire. The thought of George Romero creating a zombie experience just for CoD blows my mind. Not to mention that the trailer for this DLC is fantastic you’ve got to love the 70’s feel to it. If George Romero wasn’t enough, I love that Buffy and Freddie Kreuger are voice acting in the title as well (amongst others). I’m still not totally sold on this DLC, but if I do decide to pick this up … I call dibs on Buffy! 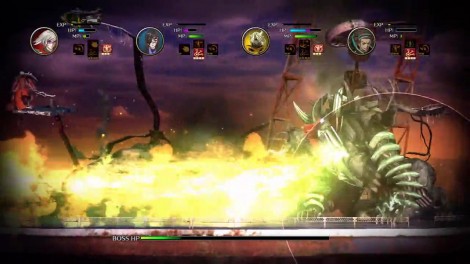 Rob: I’ve been playing Moon Diver on PS3 and it’s ummm… HARD. The story is … not really a story that I can make sense of, but whatever. The gameplay is fun for you and your friends if you love dying a shitty death by laser. No, I’m making it sound terrible… just know going in that you’re in for some frustration as each time you die you start each level from the beginning… all over again… and again… and again……. or maybe I just suck at it.

Justin L: Glutton for punishment, reporting for duty. I’ll be picking this up randomly in the middle of the night just to see if it is hard as others say. I’m a sucker for 2D action games that threaten my manhood. Also, the weirder the better.

F.E.A.R.3 – Ethan: I never played FEAR, didn’t give FEAR 2 much of a chance, so the prospect of FEAR 3 making its way into my life seems unlikely. That being said, the unique co-op (one regular soldier teamed up with what amounts to be a super powered ghost = sweet) is kind of an awesome idea that I think could achieve what the others couldn’t. The plot of the F.E.A.R. series is pretty cool so I am not sure why I passed them up. Being that I sometimes play games/watch movies in reverse order, F.E.A.R. 3 may be a launching point into a creepy series of games.  What will help my choice is the replayability as investing in a full priced game is daunting since multiplayer games don’t always tickle my fancy. Still, I want to be scared and I think F.E.A.R. 3 has enough action and general creepiness to satisfy me.

The Witcher 2 – Justin L: With the right sale on the wrong night, I could see myself downloading The Witcher 2. The sequel to a critically acclaimed and rather adult RPG PC game. The original was supposed to be pretty original and the main character, Geralt, seems intriguing as one of the last monster hunters remaining in a twisted world. It’s been a while since I absorbed myself in a single player RPG experience on the PC, and The Witcher 2 may scratch that inevitable itch.