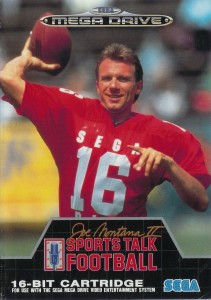 Way back when, the console wars were dominated by Nintendo and Sega. I did own the original NES, and once the Super Nintendo came out I begged and begged my parents to buy me the SNES. Then, one fateful Christmas, I opened one of my presents to find Joe Montana II: Sports Talk Football. I gave my parents a quick, puzzled look. “I asked for a SNES not a Genesis, and how in the hell am I going to play this game in my NES?” I thought my parents were dumb. Then, my dad walked out with my brand new Genesis. To be honest, I was disappointed at the time. All my other friends had the SNES and I was sitting in my room with a Genesis. However, I did have something those SNES owners didn’t, the happy ending to my Genesis story: I had Sega Channel. That’s right, I was a proud subscriber to the first downloadable content device for consoles. It was a great service that very few had or even knew about.

Once I knew of Sega Channel’s existence, I had to have it. I once again begged and begged my parents to get the service for me. I even gave them a sales pitch that the $15 monthly service fee would save them money on video game rentals. I argued that we spend more than $15 on video game rentals for me each month. Of course, my mother’s real hesitation was that I would have 50ish games at my disposal each month. I could play them at any time any day in my own room. I really think my mom didn’t like the idea of being unable to monitor how much I really was playing. Eventually my parents gave in, but there was one stipulation. Because I would have Sega Channel in my room, I had to make sure that I kept a B average in school. If I did not keep that average, my service would be canceled and I would never get it back PERIOD. Well, it worked. I actually kept really good grades. Now, did that mean I would write book reports at the last possible minute? Of course it did, but I never told them that. I was so obsessed with Sega Channel that I literally read a book then wrote a report about it while playing an RPG at the same time. 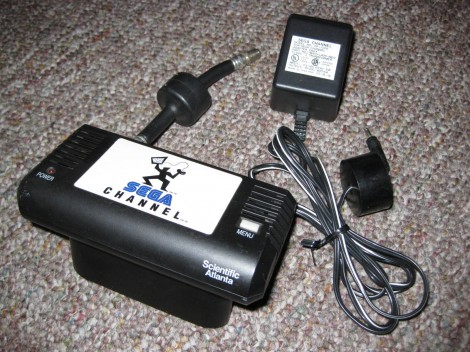 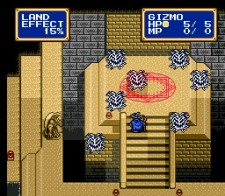 Each month, Sega Channel provided a selection of games to play. Some games were full titles and others were scaled back due to size constraints. Primal Rage, infamously, was only a demo featuring two characters. Also, one of the Street Fighter titles had less playable characters than the retail version. Each month the service would rotate some of the titles out in favor of others and I would try out every game to see what was worth playing. I have Sega Channel to thank for exposing me to one of my favorite series that I wouldn’t have played otherwise, Shining Force. The month I decided to play Shining Force, only the sequel was available. It took me well over a month to beat the game. So each month, I would sit anxiously as Sega Channel booted up hoping that Shining Force was still a title available to play. I was quickly hooked on the gameplay style. From what I understand, Shining Force plays very similar to the Final Fantasy Tactics series. Each battle puts your team of kids on a grid. You move each character around the battlefield, positioning yourself in the best possible way for success. Not only was the gameplay great, but so was the story. I’m not going to go into detail here, I’m just going to urge you to go download the game on your own from the App Store or from the Virtual Console (I may do a retro review in the future). I still love this series to this day. I even played the series backwards. Looking back, the pacing is very slow for today’s standards, but is still one of my favorite series to this day. 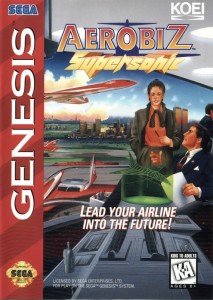 What do you mean you've never heard of this game?

Sega Channel opened my eyes to all kinds of different games, like the turn based strategy game Aerobiz Supersonic. You start as the CEO of a start up airline company. You have to buy planes, routes, staff, marketing, etc. I never would’ve picked up this game at the video store if it wasn’t on Sega Channel. I became obsessed with this game. I can’t remember how many times I beat it, but it was quite a few. I specifically remember one winter weekend that I had the flu. I had been playing this game so much at the time, that I had nightmares about this game. I had planes crashing, stocks dropping, and customers leaving…all in my dreams. I would wake up in cold sweats with a racing heart beat from these nightmares. It was insane. I guess you could say that I loved Sega Channel so much, it infected my dreams.

In the end, Sega Channel was a groundbreaking technology for 1994. It’s crazy to think that subscription based DLC service was available almost 20 years ago. Sega did a lot of innovative things over the years and this was truly one of them. It’s unfortunate for Sega that they created a lot of technologies that were ahead of their time. I would’ve loved to see what cutting edge ideas they would have implemented into consoles today.