Horrible Night turned one this week and over the course of that year I have learned many things about myself and the other people who write for the site. However, not all of those things are good and we need to be careful that we don’t turn into “that guy” who constantly spouts off information about the video game industry that no one around is even remotely interested in. In coming to terms with that fact, I have come up with a list of things that any and all video game website creators and contributors can learn from. Like removing bigots and idiots from the online lobbies of certain multiplayer games, these “lessons” should be applied to help make video game enthusiasts come across as normal human beings to the rest of the world. 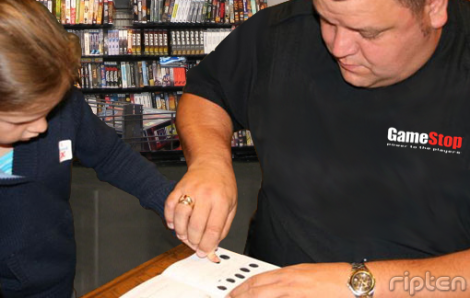 Okay, this would make me angry.

1. Don’t Get Angry at Gamestop Guy.

You all know who Gamestop Guy is right? He’s the sometimes dorky guy in the black shirt behind the counter who’s talking to his “best” customer about all things video games. Actually, both of these people are Gamestop guys, but I’m going to talk about the employee first. Every time I walk into a Gamestop I’m usually greeted with a “Hello, can I help you find anything today?” In my head I’m like “I contribute to a video game website, I know what the hell I want or what I’m looking for.” Granted, he probably can’t tell just from looking at me, but if he’s “up” on gaming industry websites he should know what the hell horriblenight.com is right? But it’s not his fault. I shouldn’t get angry because I know more than him about what games are out and what I’m interested in. Solution? Just drop a business card with information about the website and then your particular Gamestop might roll out the red carpet for their local internet celebrity next time you grace them with your presence.

In terms of the “best” customer, these guys are idiots and are hard not to get mad at. He stands at the counter judging everyone’s purchase because it doesn’t fit in line with his idea of what makes a great video game. Dude, if I wanted your opinions I would read them on your website. Oh, you don’t have a website? Then keep your opinions in public to yourself. I don’t care that you think Call of Duty: Black Ops is the most philosophical approach to a first person shooter that you have ever played. You are wrong, but I go to the safety of the internet to voice my displeasure with you. You should do the same. Wait, this was supposed to be about not getting angry at Gamestop Guy. It’s impossible not to hate this guy. 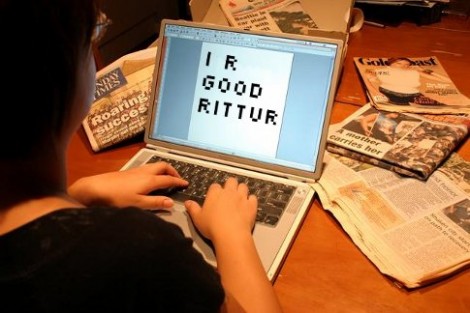 So you’ve started a website. You want traffic. You let your friends and family know about the site in a myriad of ways. You drop links everywhere: Facebook, Twitter, mom’s refrigerator, local drinking establishments. The first week of traffic is great. Everyone seems to be checking out all of the hard work you’ve put into making and running a website. 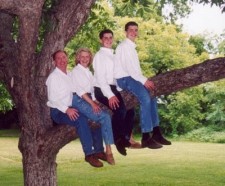 Some family members are too busy to check your website.

Most of your friends and family are supportive but once they realize the site is centered on video games and the industry they rarely come back to visit. It is just not something they’re interested in. Don’t take it personally, not everyone is interested in the same things that you are. Even though they are poor, unfortunate souls who wouldn’t know what good taste was unless it kicked them in the stomach, setting them up for a STUNNER! STUNNER! STONE COLD WITH THE STUNNER! Ahem. You just have to do a little more research and know your audience. Market to them, and eventually you’ll find success.

3. You Aren’t as Funny or Smart as You Think You Are.

Even though your mom always told you that you were the best and so “talented,” often times that is not the case. Many times, that “talent” that helped you through all the ridicule you experienced from your peers growing up a video game nerd won’t pay off as that nerd-dom follows you into adulthood. As video games have gotten more mainstream over the past few years, the level of your nerd-ness hasn’t dropped. Other people have just caught up to you. While the joke you told about eating a flower in horticulture class because you’d be able to shoot fire out of it might get more people to laugh today, it’s still a really, really bad joke.

One other thing. You might be able to now have an intellectual conversation regarding the merits or lack therof in Ayn Rand’s Objectivist philosophy, but when those “intellectuals” find out that everything you learned came from Andrew Ryan in BioShock, you will still be looked down upon. 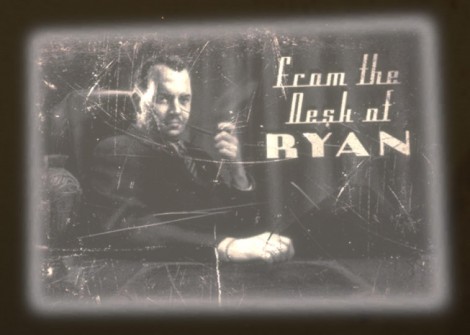 I hope one day we can lead the world in interesting video game discussions and have different takes on what the industry means to us and the world as a whole. But, if we don’t take some of these lessons to heart, we will end up being laughed at and ridiculed to the point where we will have to rely on dick and fart jokes (cough, Ethan, cough) to get by. I implore you to take the easy way and use the lessons I have shared with you so you can avoid the hard road we all took to get to our 1 year anniversary. Happy Birthday to Horrible Night, and please don’t be that guy.