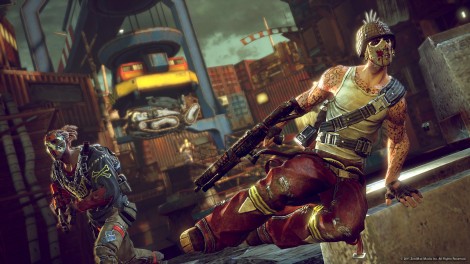 As pretty as this is, I still don't know you, Brink.

Brink has made a lot of promises during its development, and at first glance the game certainly does look promising. Being a class based game seeking to “blur the lines between single and multiplayer first person shooter gameplay” seems interesting enough. Add to that a unique sci-fi setting, art style, and character customizations fills out the back of the box pretty well. It does beg one big question though, “What is this game actually like?” Bethesda and Splash Damage seek to answer that question with the first in a series of “Get SMART” videos describing the basics of Brink:

I wasn’t sure if Brink was going to be a pure multiplayer experience or not. It look as though there will be more than enough single player content to keep solo gamers busy when their friends are offline. Although I’m sure, Brink will be at its best with a few buddies at your side.

2 Comments → The Basics of Brink