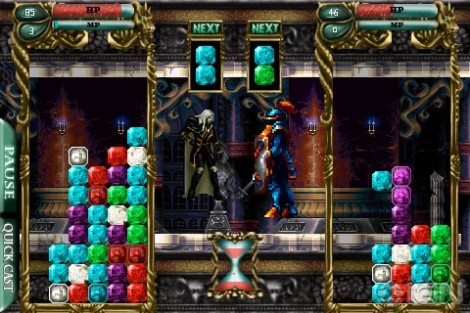 Die monster! You don't belong in this world!

It’s painful enough to watch bad additions to your favorite series show up on inferior consoles. Now, to see sprites from the most beloved game of that series show up on a phone, it just makes me question the ones in charge of the name, Castlevania. That’s right Castlevania: Symphony of the Night is going to be released on the iPhone… well, sort of. That’s definitely the artwork of Alucard and the familiar enemies of Dracula’s castle on an iPhone. However, that sure as hell looks like the remains of a puzzle game that I’ve seen elsewhere. Put it all together and as soon as Apple approves the bastard, we will have Castlevania Puzzle: Encore of the Night in our hands.

Konami, I hate you for making me buy this. Also, how is the new 3D version coming along?