I need help. I have a serious and persistent issue that has plagued me my whole video game life. I don’t finish games. Specifically: games that require me to create my own character. Eventually, I end up killing my video game offspring due to a deep hatred I develop for them. Now, if you don’t mind, I am going to get comfortable on the leather couch and give you specific examples in hopes that someone can help me work through these issues. 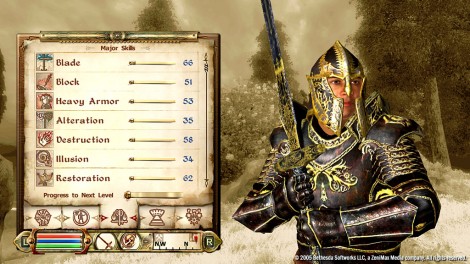 I hardly knew ye, but I still hated you.

The Elder Scrolls IV: Oblivion – I have never finished this game. Once I infiltrated the Mythic Dawn meeting place, I gave up. I killed my mid-leveled Red Guard and promptly started over. There was no second guessing at all. I proceeded to create a Khajiit, and all memory of my Red Guard was erased from Cyrodiil. The people of Cyrodiil never mentioned my Red Guard. Neither his achievements nor his alliances with any factions were discussed either. It was almost as if the Khajiit had broken into prison and murdered the Red Guard before he could watch the king perish. Yet, this did not bother me. I escaped prison all over again and started wandering Cyrodiil looking for the king’s bastard son. I killed the Red Guard because, well, I hated him. As he progressed, I liked the character less and less. He annoyed me. I did not like how he was growing as an avatar of mythical destruction. I am beginning to think that the true issue was the leveling system itself. I hated the concept of enemies leveling up with your character. The concept that the more I swing my sword, the more it will level up (slowly) combined that with the fact that I picked the wrong specialties, and the game was dead to me all together. I am hopeful that my Dragonborn will fare better this fall.

MLB 2K11 – I know this game is newer, but my issues have already presented themselves. I am already on my 4th created character. A rough mathematical calculation shows that each one of my guys has only about 2 weeks to live. Their life cycle is barely longer than a flea (one week). Only one of these four actually lived long enough to make it to the major leagues. He met his fate because he was promoted too quickly. He spent only a quarter of the season in the major leagues, which essentially makes him unable to win the Rookie of the Year and that is completely unacceptable. Another played half a minor league season, was invited to big league training camp the following spring and started that season in the minors. I was extremely pissed off. My player had higher statistical ratings than any other third baseman in the organization. His inability to start the new season with his big league club ultimately lead to his demise (it was an angry killing). I promise to commit to the most recent entrant in the minors. I want him to make the Hall of Fame and I promise (we will see how long this lasts) to see him all the way there. I am trying to create one of the greatest virtual baseball players of all time. There will be no room for small errors. A major mistake could result in being deleted from my hard drive forever. I am sure each one of these former big leaguers will move on to find supporting roles in other games some day. Update: The most recent created player was also promoted too quickly for my tastes. He still lives … for now. 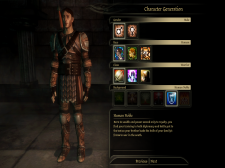 No guarantees that you'll survive this adventure.

Dragon Age: Origins – I am only 6 hours into this game and I have to mention that there are no guarantees for this character. I have a Rogue Elf that is wandering the world at the moment. I know that once I pick the game back up, there is a possibility that my Elf will be killed off. It’s not that he did anything wrong (well, he does die A LOT). It’s more of a “it’s not you, it’s me” situation. At times, I will walk away from a game for so long that I forget who my character really is. We lose touch, grow apart, and don’t really stay friends. It would be a shame to see him go, especially if he doesn’t get his shot with Morrigan.

There is some light in the darkness here. Some of my created characters are fortunate. They live. Typically they will live full and healthy lives, including moving on to the end of their stories. Maybe this Elf will beat the odds.

Fallout 3 & New Vegas – Between these two games, there are five living wastelanders. That’s right: there is a lot of life in my version of the wastes. Three of the five were able to complete their stories in full. For me, that is completely unheard of. The two remaining characters are still carving their paths. One is currently playing the field very neutrally. The other is planning on taking over all of New Vegas for his own personal gains. One would think that, based on my hatred for my Oblivion characters, I would have eliminated many of these individuals. To be honest, the case is the total opposite. If I remember correctly, I have yet to kill off a Fallout character. Now, to say that I like the Fallout universe more than The Elder Scrolls universe is an understatement. I am sure that a lot of it has to do with the game setting. I have an easier time picturing myself walking the Capital Wastes or Mojave Wasteland than a fantasy world of Cyrodiil. It seems that immersion is a key factor to the survival of my characters…and guns always help too. 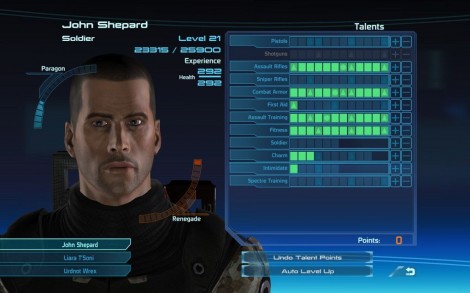 Mass Effect – One Shepard has ruled them all. I know we are talking about another game with a mild creation system. It is definitely less detailed than a Bethesda game, but it needs to be noted that I have used one Shepard from the start. I have carried each decision with me through each title. At times, I have romanticized about starting at square one and working through the whole story one more time before Mass Effect 3 launches. I doubt I’ll get around to doing that. Plus, it would force me to choose a Shepard to finish with, and I don’t want to choose between Shepards.

Tell me about your relationship with your father

I think any good clinical professional would point this out to me. Guns, guns, and guns. It seems as if any character wielding some kind of gun has a enhanced statistical chance of surviving. Sci-fi based environments or universes also help with the life span of my created characters as well. Then again, I never know when the digital Grim Reaper will appear to impose his judgment on my digital offspring. The Reaper’s hand and judgments are very quick and painless. It’s good to know that the past avatars didn’t suffer in their deaths. I just hope my created minions (present and future) live their life to the fullest. Digital life, much like real life, can be very short.