Death may be a part of life, but that doesn’t mean it isn’t super duper sad. That being said, sometimes a family member’s passing equates to some free schwag, and if it’s a distant relative the mourning isn’t necessarily all that intense. It might be less tears more beers, but that doesn’t mean you should run into the acquisition of an estate without some common sense, determination and an extra dose of caution, brought to you in part by the lessons of Eternal Darkness. 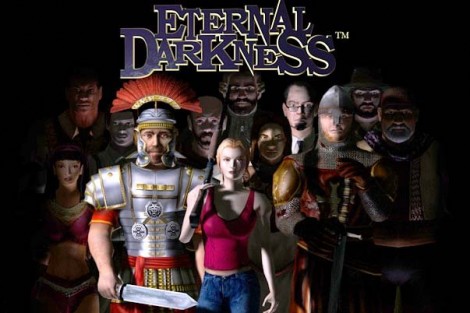 I learned something today. When you wake up to the news of a rich relative’s death, your first instinct might be to cry, the second should always be to investigate. Whether he died in his sleep or had his head chewed off by an otherworldly creature, there’s always a trifle bit of fishiness when it comes to a person’s will, and being the sole heir means you might be the next target. People get crazy when money, land, and jewelery are involved so do a bit of digging and make sure that extra-friendly second cousin isn’t a step down from you in the will. Thanks, Eternal Darkness.

I learned something today. The stress of filling out legal paperwork and fighting off disgruntled family members will more than likely strip you of ever-needed shut eye. Lack of sleep tends to cause hallucinations, which tend to make normal every day tasks like showering and potato sack races unusually difficult. Before continuing on your normal routine, make sure that you have a solid connection with reality. Just because you feel like you’re sinking into the floor doesn’t mean you’re actually sinking into the floor, unless of course the floor is made of quicksand and in that case, find a vine or pray chimpanzee’ happen upon the situation and rescue you (in reality, you should have a pretty firm grasp on where quicksand pits are located in the first place). Thanks, Eternal Darkness. 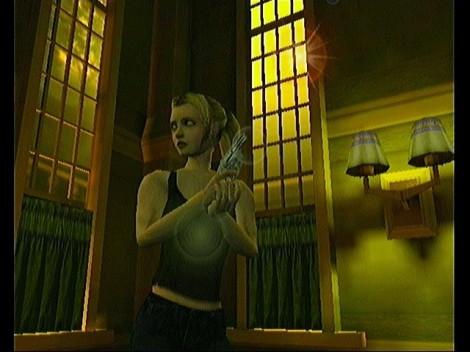 Puzzles and Runes go together like PB and J

I learned something today. If your deceased kin was halfway intelligent, he protected all of his best stuff with hedge mazes or magical puzzles. Try as you may, these puzzles tend to require magic for their solutions, so when all else has failed, try to look at them from a more mystical perspective. That may mean testing out different combinations of magical runes (which you should have a large collection of by now, unless you’re an idiot) but success will find you sooner or later. There’s always a chance that magical puzzles are put into place to protect people from what they hide, but they could also be hiding a bad ass wave runner, so take your chances. Thanks, Eternal Darkness.

There are such things as sub basements

I learned something today. True rich people scoff at the idea of only having a single basement and tend to invest in multiple sub-basements as a means of storing their valuables. These sub-basements can be hard to find (and sometimes require magic, too) but with a bit of nosing around you can find them and all the interesting objects contained within their walls. However, there is a dramatic difference between a sub-basement and the ruins of an underground demon world, so don’t go too far or you might run into something that will take all the joy out of your newly acquired wealth. A rule of thumb for distinguishing between sub-basements and demon worlds is if there aren’t any old pinball machines or Christmas ornaments around, you’re probably not in a sub basement. Thanks, Eternal Darkness.

Time won’t heal the wounds left by the loss of your family member, but ramping dirt bikes into a swimming pool might so make sure you get the most bang for your buck while collecting all that’s left to you in a will. Sure it might be stressful and dangerous but in the words of P Diddy, “The mo’ money we come across the mo’ problems we see.” Thanks, video games.