I’ve had a lot of false starts to projects over the years. Most ideas ended up floundering in a nebulous design/concept phase where the idea never fully formed into something with a tangible identity. I’d get hung up on creating a name, a tagline, or a logo for the idea because in the end, it wasn’t anything different. The internet is filled with copycat ideas that just add to the noise rather than rising above it. This bothered me for years, I kept waiting for the perfect idea for a site to hit me. After a while, I realized none of my ideas had come to full fruition online and I hadn’t personally created anything that I was truly proud of since college. I was taking things way too seriously and still waiting for perfection to come to me. I decided then that I was going to run with the next idea I was relatively excited about. I wasn’t going to plan out every detail of the project’s life, I was just going to setup the bare minimum so that I could start and see what happened. 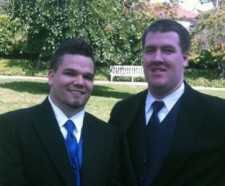 We usually game in formal attire

For me, the one artistic side of myself that I had never fully explored was creative writing. I had started a few general blogs over the years by myself, but found I was much more motivated when I had a few other people to work with. So I reached out to my best friend from high school, Cole Monroe, to see if he was interested in getting a blog going. I knew he had the same hobbyist interest in writing and thought we could push each other to write consistently and just see what happened. I set up a Tumblr site, and after a few weeks, the posts dried up. We had zero motivation, we had no purpose behind our writing, the site had no reason for existing. We called it off, but I still wanted to write.

In the mean time, I was working for myself and trying to get a few other ideas off the ground. The dream idea was starting a game and app development company with some of my former colleagues. To work with these bad ass developers and designers, I knew I had to bring something to the table. I care about two things in games, the gameplay and the game world. To make the most unique experience it has to be something the gamer hasn’t played before and something they have never seen/heard before. We threw out a few basic game ideas, and the iterations of those ideas just started compounding in my head. I had to write them down, I had to tell others about them to get new ideas, to build and build. All of sudden, I was talking about games and game ideas with the people I worked with and old friends. We shared one thing in common – life had taken over, but we all just wanted more time to play video games. That was an idea I could talk about endlessly, and I knew there was an audience out there that felt the same way. 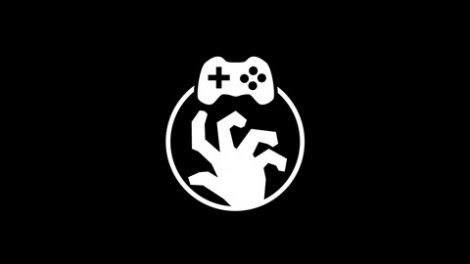 I'm just glad this came together on the first try

I had to act fast. Ideas like this in my head are only hot enough to act on for a short amount of time. Luckily, the pieces I normally get hung up on fell into place quickly. I knew I wanted to make a video game blog that appealed to passionate gamers with careers and family responsibilities. The name was a no brainer as I had bought a domain a while back with the intention of making it video game related. The logo was actually a combination of two other logos I was working on with a designer for other projects. I found a WordPress template with the framework I wanted and gave myself one week to make customizations. In 2 weeks the foundation was set, now the tricky part, none of that stuff matters without site content, and it had to be content worth reading.

I ran the idea for the site past my gaming buddies and they offered their help even though blogging wasn’t exactly a primary interest of theirs. I knew they’d be good for it, but I needed someone else as excited about the creative writing side to site. I reached back out to Cole, and even before I could finish explaining the concept behind the site, he was in. A half dozen or so articles later and we were ready. HorribleNight.com launched on April 26, 2010.

That was the hard part, right?

The original goal of the site was to have around 4-6 articles a week and to have a monthly podcast. Cole and I would handle a majority of the writing and do a 2 man podcast while we took help from our friends volunteering and contributing when they could. By the end of May we had started producing over 10 articles a week and were ready to open the podcast with a 5 person cast complete with an original theme song produced by one of our own, Andrew Cooper. Although, I did (and still do) have a vision for what content fits with the site, I was (and still am) bad at articulating that for our writers. Luckily, they rolled with the punches and wrote better articles each and every week. We did not anticipate the enthusiastic response from our contributors, they served to fuel Cole and myself to push ourselves harder. We quickly turned the podcast into a weekly show and focused on creating continuity between the original content on the site. It was chaos, but it was a hell of a lot of fun. 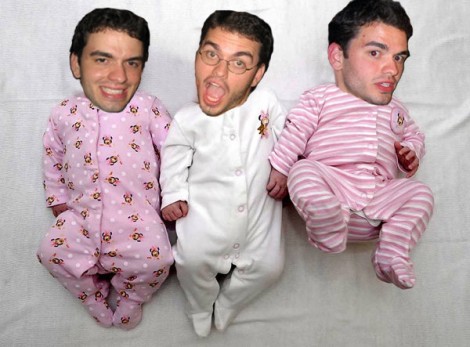 After two full months pretty much winging it, Cole and I were settling into a routine and needed new surge of energy to keep building the site up. I had recently run across a 1up community blog of an old friend of ours and noticed he shared a similar spark for creating video game centric articles that Cole and I did. It didn’t take much convincing before Horrible Night was hit full force by a Wizardtrain and Ethan Moses was on board for weekly article and podcasting duties. Ethan was always into random side projects ranging from creating Flash games to conducting paranormal investigations, and the creative chemistry between the three of us became the foundation of Horrible Night and it is what pushes us to continue working on the site each week.

There is a plan. I think.

We’ve had a lot of exciting milestones in the past year and have continued to add to our content library with original editorial series, game reviews, news coverage, and community conversations. We started a series of social gaming events both in the Indianapolis area and online. We’ve added new writers with even more varied voices and perspectives, while continuing to work with our original contributors who got us to this point.

We believe in creating entertaining original video game focused content. Each of our contributors brings a unique perspective to the video game industry. Our goal is for each visitor to find at least one contributor that they connect with enough to join in on the growing Horrible Night community.

For me, it is not only exciting to see the site exist a year after its launch, but to see that it is still continuing to grow and reach new readers each week. This in turn only makes us want us to write more, write better, and to keep on podcasting. Thank you to those visiting us for the first time, and thank you to those who continue to come back and tell their friends about Horrible Night.

7 Comments → What a Horrible Idea for a Video Game Website