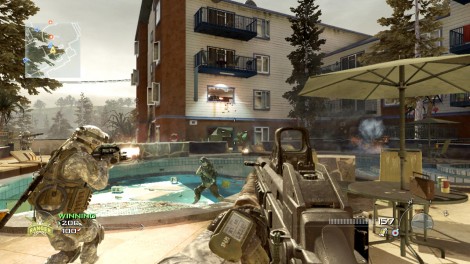 By now everyone is quite aware that the Playstation Network is offline as a result of some hacker flavored shenanigans, but Xbox users beware, PS3 owners aren’t the only ones who have to worry about unpopular kids from high school partaking in some morally corrupt activities.

Microsoft warns that users may be targets for phishing schemes through messages sent during games of Modern Warfare 2 (you deserve whatever happens to you MW2 players, FREAKING BLACK OPS IS OUT!!!!!!!!!!!!!).  The simple solution? Ignore shady messages and report unusual activity to Microsoft.

Obviously, this isn’t on the same scale as the PSN situation, however as games become more popular and less offline, we can only expect to deal with a constant stream of douchebaggery.  I, for one, am willing to put together a group of gamers and game journalists to combat this threat the only way I know how; fist fights. That’s right hackers, I challenge you all to a no holds barred back alley brawl. No computers, no coding, just bunches of punches. You know where to find me.