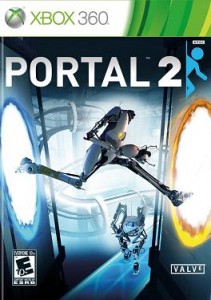 Who knew such a great game had such whiny brats for fans?

In case you’ve been living in a hole with no gaming systems for either the last 10 years or approximately 24 hours, let me explain. Wait. There is too much.  Let me sum up:

As of 1:04 EST, (GMT -5) the Steam users forum had 299 pages (7,459 threads) of commentary for a game that was released yesterday. Most of it was posted following the release of Portal 2 and a good chunk of it comes from PC gamers’ complaints. Sticking with the “sum up,” concept and not touching the tech-related complaints common to any PC game which operates on a virtually inconceivable number of hardware/software configurations, here we go: 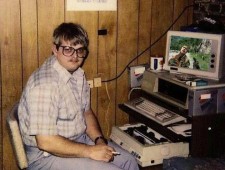 Lies: "There will be cake," "I beat Portal 2 in 2 hours," "I have had sexual encounters outside of IRC."

So that the uneducated, pitiable console gamers can follow along, let’s just go with the outline above. First, we’ve got the gameplay length complaint. Although I didn’t read through every single thread (because, you know, I have other things to do), Callidux is a fairly good representation of the “too short” crowd. He claims to have beat the main campaign in 2 hours. He is a liar. Other people out him as a liar. Still, it seems that when Valve’s PC fans don’t feel they are coddled enough, they’ll come up with anything to vent their collective rage.

To clarify how ludicrous Callidux’s contention is: Portal 2 takes 6-9 hours to beat once through. It may take slightly longer for the new-to-the-game crowd and slightly less for the veterans, but that’s a full game, folks. In addition, I’m going to go out on a limb here and draw on Valve-gameplay going back to 1999 and just guess that there are some hidden areas, easter-eggs, post-completion extras like time-challenges that significantly add to the gameplay. In addition, Portal 2 was marketed from the get-go to include Peabody and Atlas playing through their own, completely separate co-op campaign which is timed at roughly the same length. Finally, Valve has a reputation for great post-release support including often-free DLC to expand games. This complaint is utter bullshit and if you are making it, perhaps next time you should wait a day or two to see whether you want to buy the game.

“DLC” does not always equal “DLC”

It’s pretty clear that most semi-serious/serious gamers aren’t exactly universally cheering DLC, particularly launch-day or sub-standard DLC. If it’s not paced correctly or overpriced (or launch-day) it makes gamers feel compelled to buy, cheated, angry and/or wondering if the developer rushed out an incomplete game. That said, the two complaints about the DLC are about as ridiculous as complaints come: it’s launch day DLC & we hate it and Valve is charging for its DLC. Now, the DLC has absolutely no bearing on the game – it’s hats and badges and stuff  to customize your multiplayer experience. That’s it. If you don’t want it, you don’t have to download it and you’re not missing out on characters or levels, you’re missing out on flair. This next portion needs some emphasis.

As to the “charging for DLC” complaint: listen here, you whiny little parasites. Valve is not social services. Valve is not a charity. Valve does not live in its parents’ basement. Valve has to meet payroll and its employees need to get paid so that they can subsidize their (hopefully less ungrateful) children’s gaming habits. They spent time creating party hats and the like for your multiplayer characters. If you want to play dress-up, pay for it. If you can’t, get a damn job.

This is probably my favorite complaint because it’s so absurd, but it simultaneously reminds me how gamers got their negative reputation. Digital downloaders were allowed to start playing before their console counterparts but it turned out that the time-advantage wasn’t measured in days; the ARG allowed access “mere” hours in advance. Some people felt that this was a grave injustice and, in an ill-advised move, publicized that they were entitled, whiny, obnoxious, elitist little ass-hats, inherently superior to console gamers and offended that they weren’t given primacy (even though Portal 2 allows cross-platform gaming between the PS3 and PC/Mac.) I could continue in this vein, but in short: #fail.

Money is a stored-value system 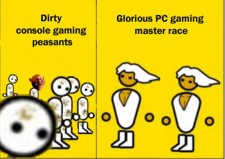 This isn’t Soviet Russia, where you don’t beat the system, the system beats you. Money = representation of value, in most cases, work.  Valve decided that the value of their work = ~$60. Will it come down in price when it’s not a brand-spankin’ new game? Probably. Is it worth the $60 now? I can’t answer that for anyone but me, but considering my experience with Valve (and Steam), specifically, how polished their products are and how well they support them (see: over a decade of free support for TF2), I’m going with “yes.”  But if, for some reason, you think that a game with 10-20 hours of single & multiplayer campaigning, lots of easter eggs and humor is worth <$60, shut up and don’t buy it. I know this is the internet, where you can whine anonymously like a spoiled 4 year old, but it looks like that if you do, all of the quality gaming sites are going to publicly flame you.

Have fun storming the castle

I suppose I could continue trashing you self-righteous jackasses, but I’ve got to get going.  I’ve got a Holocaust cloak, a wheelbarrow, $60 and a second date with Aperture Science. 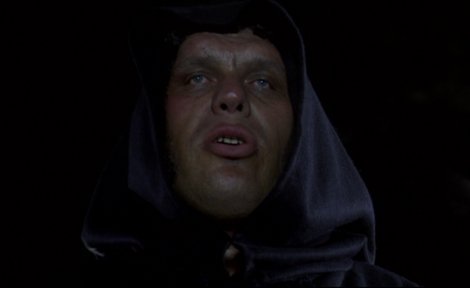