This is an interesting year for FPS games. We’ve already seen Homefront fall flat on its face, and Crysis 2 pique some interest but ultimately fly under the radar. EA isn’t sitting still and has been steadily releasing info and video on Battlefield 3, including these 12 minutes of destructive goodness:

Battlefield 3 is being developed by DICE and published by EA. DICE has updated their Frostbite engine just for this game. The results are some of the most impressive visuals this generation of video games has seen. Their goal is to create a game that is less of a cinematic presentation and presents more like a documentary in visuals and sound. The trailer shows off some of the documentary feel.

I must first go on record in saying that I did not play Battlefield 2 or either Bad Company games. I was not a fan of the online demo, and although the games looked good, I did not understand that the focus of Battlefield‘s multiplayer is squad based. It is very different than CoD’s laser tag multiplayer. Now, that I have been honest about my past, I can say with confidence that I am looking forward to my future with Battlefield. While watching the trailer, the fine details caught my eye: bullets turning concrete into dust clouds, natural lighting providing a real feel to back streets, billowing smoke adding to the chaos, and destruction appearing more realistic than ever. The documentary style has me quite curious as well.

EA has a lot riding on this game. Global military shooter supremacy is on the line here. I know that as it stands now BF3 could be my annual fall shooter purchase. It’s hard to say no to a game that teases me with jets. 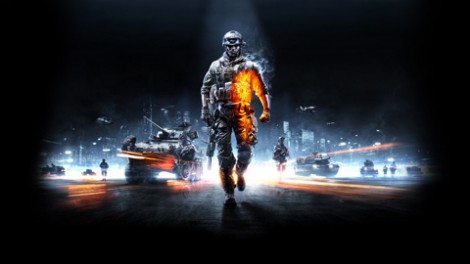