For as many choices as games offer players, there is still no gray area between becoming a hero or being a failure. Even the grandest stories funnel to a few select outcomes, whether good, bad, or otherwise, your character is an integral part to the major events of the game. With difficulties diving and hand-holding bordering on carrying you through the game in some cases, the days of not being able to finish a game are seemingly behind us. Sure difficulty levels exist, and we’ve even seen the advent of newer optional hardcore modes. However, to be really hardcore a game should go ahead and just be honest with you and tell you, “You aren’t the hero we are looking for.” 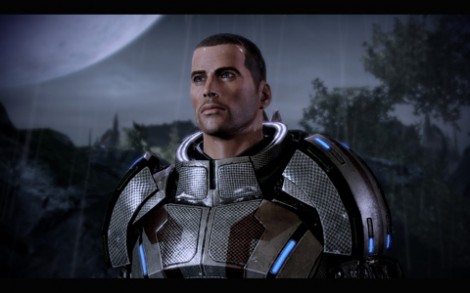 Your Shepard is hideous

The ugly man – Nothing says hardcore quite like being doomed from the start. You went through an entire epic 60 hour adventure only to discover that you couldn’t save the princess because you made your character too ugly? “I’m sorry, our princess isn’t interested in you, she’d rather be eaten by wolves.” Tough break, uggo. You know, people don’t get along for a lot of petty reasons. When you chose for your male barbarian to wear his favorite dress into every battle, you developed a much different running crew than if you’d played the part of rugged mercenary. And that sweet facial tattoo you went with? It worked pretty well for a savage warrior, but you cannot be king because those peasants think you are stupid. It’s a cruel world, but this is a role playing game. Know your role, look the part, and act like you know what you are doing. No one ever said that post-apocalyptic Australia was fair for a man in a dress.

You don't really deserve a monument.

Thanks for the support – Some classes of people just aren’t destined to lead. After sending your axe wielding disciple into the fray for the 77th time, and sitting back as your bearded buddy ignites your foes (igniting a migraine of his own) while you casually loft dingy arrows at already dead bodies, that running crew may eventually question your leadership ability. Put down the mutiny, flee, or take a back seat to the new boss, the choice is yours, Robin. It turns out, playing support and taking orders is what you were destined to do. Play as one of the merry men just right, and see that deceitful emperor fall. Of course, you’re only getting 10% of the booty, and 3rd choice on the boot-tay. Oh, and don’t forget to polish up that statue of your disciple turned hero of the land. He’s the man enjoying the real ending to this game now, boy.

The cheater – I hate to break it to you. You may have solved all of those clever puzzles in this dungeon, and found a way to sneak passed that annoying mini-boss. But here’s the thing you should have figured out before jumping into this dragon’s lair. Those battles you skipped, little rogue, would have given you the poison you needed to take down this evil creature. You are destined to burn because that miniboss was eaten by the dragon when he broke in here. You think you’re so smart, but your wits can’t get you out of every fight. Someone had to be the start of the corpse pile in here.

The collector – Alright, you played by the rules. You seem competent enough, I mean, you did find the Sword of All Things in the Cave of Really Out of the Way. The problem is while you were away, this new gal came into town. She’s kind of poor and her dagger isn’t much to look at, but she saved us from the Horde of Evil Haircuts. You two are going to have to duel to see who will take down their leader once and for all. I’m sorry, we have to be sure we have our best fighter out there, you understand. Do you know how to swing that shiny new blade? No? Well, I bet she’ll buy it off of you, epic merchant.

Non-Completionist – How about you look at that map some more, traveler? You are really thorough with your quest list, but those treasure chests are being emptied out before you get to them more often than not. Instead of traveling across the continent for that next quest on the list, you should stick around town and knock out a few others while you are in the area. Nevermind. I just heard that Lord CreepyNoFace was defeated a week ago. What the hell have you been running around in the mountains for? You aimless, nomad. 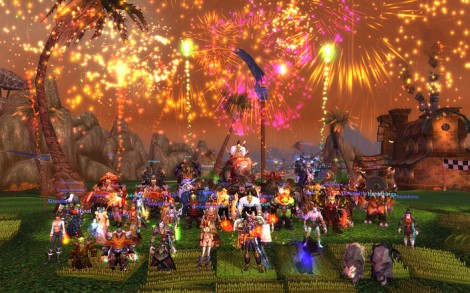 You're all great, which makes you all the same.

Massively Average – Wow. A lot of people turned out for this mission. The best warriors of our time in fact, the problem is that there are literally millions of them. So here’s what we are going to do, all of you that meet our gear and weapon standards will be invited to participate in a lottery. The first five people of each class will be chosen to represent our great faction in this most epic quest of all time. The rest of you, thanks for your money and personal sacrifice, we’re going to need you to report for NPC training instead. There’s a new generation coming through that needs guidance.

Games with heroes preach a lot about the fate and the destiny of their characters. The problem is games are played by millions of people, and played differently by each player. The games trick us into thinking there are more options than there really are because we require a satisfactory outcome for our efforts. However, what if we threw that expectation out the window and opened up games to having drastically different outcomes for the characters and the choices we make. It’s not a fit for every game, and isn’t worth being the main option for an epic story. But an alternate hardcore mode to give gravity for some of the more seemingly trivial choices in games would make for radical endings worth experiencing.