Meanwhile… we’ve actually been playing games. Each week we recap our recent gaming experiences and tell you what we’re looking forward to, so you can use your time more wisely than we have. We welcome Alex back into the fold and try to stop laughing at his Gears of War 2 misfortune. The rest of are waiting for Portal 2 while Ethan is doing what Ethan continues to do: buy games on Steam and/or play Fallout. 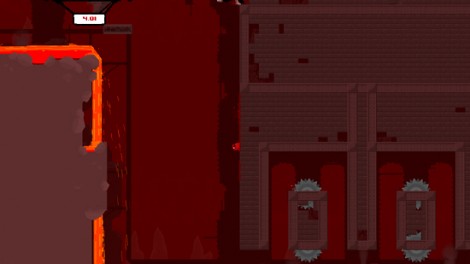 Wow, this is going to be a busy week. I’ve been spending the last few days biding my time with some XBLA games while I wait for the main events. I’ve been steadily trying to make progress in Super Meat Boy and honing my twitchy meat grinding skills and taking periodic breaks by beating level after underground level of monsters in Torchlight. Also at the Horrible Night Out at Net Heads last week I lost my Gears of War cherry and learned that… surprise, I am NO good at that game at all! I’m ok with it though as I had a ton of fun playing with people who I knew wouldn’t be too pissed if I died over and over again (which I did…).

So for the main event this week I know I’ll be playing two things. Portal 2 and the new Castlevania: Lords of Shadow DLC “Reverie” that will be out this week. Now if only I could do both at once… though the idea of Vampires powered by Aperture Science and bloody cake is a little terrifying. 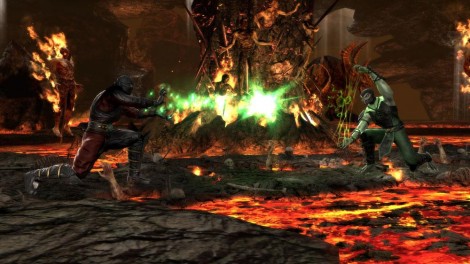 What the hell is an Ermac?

I’m overwhelmed by this week. 4 HUGE releases for me this week. Of course the headliners of Mortal Kombat and Portal 2, but don’t underestimate the attention that the Gears of War 3 Beta and Mega Man X (Virtual Console) are clamoring for. Oh, and I’m still maintaining that WoW fix of mine. If anyone has advice on a healthy schedule, please send it my way. To be realistic though, I’m going to focus my time on MK and Gears. There should be a healthy dosage of Cursed online for both of those games, and that will keep me coming back beyond the quality of the games themselves. Really curious to see how GoW3 feels after playing more than a few rounds of 2 this weekend, I just want to see which changes I notice or if it feels like more of the same. Luckily, I’d be more than happy with more of the same.

I gotta say our Horrible Night Out last week, went even better than I expected. With over 20 gamers turning out playing over 10 different games, I think we may be onto something. The stand out for me though? Monday Night Combat‘s 6v6 Crossfire mode. It brought out the best local multiplayer trash talking I’ve heard in a long time, complete with awkward staredowns. Oh ya, and the game is damn fun, too. 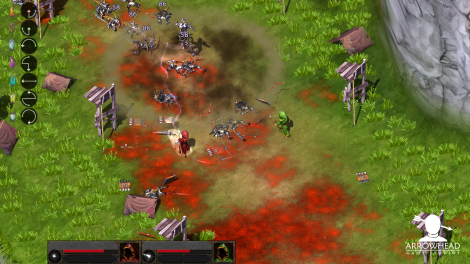 If that's blood, there is a lot of it.

Downloaded Magicka and its DLC last week for an great price (7.99) and have really enjoyed it so far though I doubt I’ll finish it. I love the multiple combinations of magic you get to use and the humor is spot on, though shoddy controls and often times annoying monsters do hamper the experience a bit. I was expecting an RPG, but it feels closer to an action game.

After spending way too much time transferring the gold bars I got in the Dead Money DLC to my safehouse, I finally beat Fallout: New Vegas. I was pretty pissed at the ending. I guess I assumed after putting 80+ hours into it (on Hardcore mode) I’d get something more than I did. Don’t let that prevent you from digging into the game though, as an ending can’t possibly ruin a super deep game with seemingly endless gameplay possibilities. 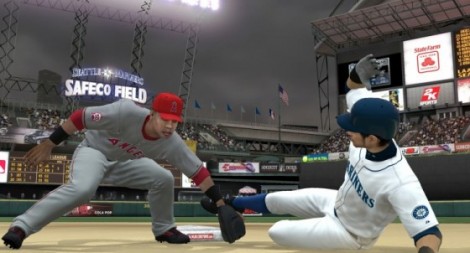 After a solid showing in GoW2 where Christina reminded me (with her chainsaw) how important situational awareness was and I felt guilty for employing my sniper skills on streetalchemist (and, correspondingly, getting owned by everyone and his mother on Crysis 2 [jeez, that’s a lot faster than GoW2, but awesome!]) I resettled into Mass Effect 2 and some MLB 2K11.  As excited as I am for Portal 2 and my (new) Steam account (GiffTor) not to mention the fact that I picked up all 5 X-COM games and would love to play the new Fight Night, I see this week as being pretty much more of the same.  JP taught me how to not suck as badly at 2K11, so I’ll probably get more of that in and, if necessary, I can always break into Bionic Commando: Reloaded, which I still haven’t opened.  Writing for this site is a bit of a struggle for me, gaming wise, because it’s constantly pushing me towards the JDevL spectrum of: Play if you have time, make a judgment, play something new.  It’s fun to play lots of games, but it’s one of those situations where you have this habit (buy a game, get every last ounce of enjoyment out of it, buy a new one, rinse, repeat) that you change.  It’s not a bad thing, but it does make for occasionally boring “Meanwhile…” posts as my habits change.  That said, kids…when you’ve got a great game, don’t let anyone shame you into moving on to the new thing.  The problem comes up when there are a LOT of likely-to-be great games coming up (GoW3, ME3, Portal 2, Batman: Arkham City…)

Staring into a Portal what do you see? I see myself staring back at me.

Before I get into the Horrible Night Out, I beat Portal last week. It was great to finally get to the end after almost a year of sitting on that game. I don’t know what took me so long to finish it, but I’m glad I can finally check it off the list of gaming regrets. Look for a review on Thursday.

If you didn’t go to Net Heads, you missed out on a great night of gaming with the Horrible Night staff and friends of the site. Going into the night I thought I was going to be overwhelmed with the amount of games I could and wanted to play. I was right but settled in quickly. Besides Monday Night Combat, most of the games I played were shooters with Crysis 2 being the stand out for me. It is definitely a must buy when I have the cash and was a refreshing change of pace from Halo and the Call of Duty series. Everyone should check it out. I also purchased MLB 2K11 so I look forward to playing that more. One thing about getting used to a new job, is changing your priorities around as well. I haven’t quite figured out when I’ll get my gaming in, but it’s a definite must.