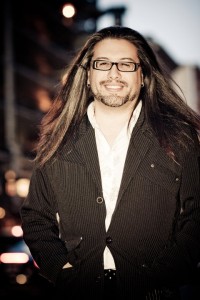 Dude. Seriously? You're a programmer.

Although the Catholic Church has since added some additional sins to the list, you really can’t go wrong with the original seven, particularly since they have such broad ranging appeal that the Mahatma, Mohandas K. Ghandi adopted them in a slightly broadened form. If you have any taste in movies and I’m going to assume that you do (I’m on the “humans are inherently good but flawed” side of the fence), you’ve seen The Devil’s Advocate and are aware that even Keanu can’t stop Al Pacino from being the best Lucifer ever (apologies to Gabriel Byrne).

Since you’ve seen The Devil’s Advocate, you know that the Light Bringer’s favorite sin is always pride.  What you may not be aware of is that sins are bad, not just for your souls but for all of your works. Since you make consoles, gameplay and development engines and games and I am a gamer, I’m stuck dealing with the results of your hubris. Despite its occasional entertainment value, overall, it’s more obnoxious than Randy Moss and Terrell Owens combined…and none of you (no, not even you, John Romero) can escape the fact that you’re not well-muscled top-tier athletes, you’re nerds.

The problem isn’t with being confident in your product – you can be an über geek who knows he will easily win any digital katana battle like John D. Carmack without trumpeting how awesome you are to the world; you can be an outspoken advocate for the medium like Cliffy B without overreacting like the hypersensitive A/V kid who wore his heart on his sleeve that you used to be. It’s one thing to be confident, it’s another to be cocky.  That’s the tricky thing about pride, though – it’s seductive. Your problem is that you let your previous successes go to your head and you get distracted, looking in the mirror and basking in your own awesomeness. You forget that you’re no longer interacting solely with other geeks who understand that a general lack of tact, a penchant for firing off bombastic statements and an affinity for quibbling over statements not 100% accurate come with the territory of a CompSci-Made-Good.

When you’re in the spotlight talking to non-geeks and you start spewing vitriol at your competitors or your consumers or fan-favorite media, you’re not scoring social points, you’re reinforcing the socially-inept-gamer stereotype and underscoring the thought amongst the general public that since the guys at the top are acting a fool, there is no way that video games are something for grownups (which reinforces the whole “save the children by censoring games” mantra that we all hate).

With the iPad turning out to be a great interface (maybe better than controllers) for games like Final Fantasy III, I hope Steve Jobs knows how he got his Pompous Pass to this roast; Mr. Ballmer, I’ve heard you speak and you, sir, are full of hot air. It’s not just the individual people building towers to the heavens, though. Even though I hate to use something trending towards Sheen-like saturation as an example, the Sony’s PSN mess is evidence that even an entire organization can be infected with narcissism that wounds the industry. Although he’s hardly a neutral party when it comes to Sony, George Hotz called out the arrogance of the electronics giant in his blog:

Notice it’s only PSN that gave away all your personal data, not Xbox Live when the 360 was hacked, not iTunes when the iPhone was jailbroken, and not GMail when Android was rooted. Because other companies aren’t crazy. – George Hotz

and you know what, high-and-mighty tech luminaries? I agree with him. I’m hardly a digital security expert, but gee, Sony, seems to me that even if you weren’t sure what was going on, you knew it was serious enough to shut down your network…yet you didn’t let your customers know why so that they could be proactive in protecting their own finances for six days? I get enough paternalistic nattering listening to C-SPAN, I don’t need it from the video game industry as well. Y’all need to get off of your high-horses and try listening to your consumers once in a while. We get pissed off when you drive series into the ground and think it’s a good thing and we really, really hate it when you tell us we don’t know what we’re talking about. Sure, there are definitely times where your consumers are a bunch of whiny brats, but abuse us at your own peril.

Him! I want him! The one who criticized me. I want him taken out back and flogged and I want it done NOW!

When you deities in the gaming pantheon get big heads as you bask in your own awesomeness and say to the world, “Look upon my works, ye mighty, and despair!” we can normally handle it because you’ve got the resume. While we’re not up on Olympus with you (and we take no mean pleasure in pointing and laughing when you fall down the mountain, drunk on your success and primed for cathartic failure), we can understand how you got that way. We can relate. And because of that, when you do things that remind us that you’re human and you realize you’ve been obnoxiously prideful and full of yourself, we’re pretty forgiving, as a whole. We know Peter Molyneux is always going to get overexcited about his next game and and overhype it…but so does he, he always seems a little embarrassed about it, and if you saw the British Film and Television Association’s (BAFTA) video game awards in 2011, he showed the class and humility that makes us forgive him. We know that sometimes you decide that your release date was too optimistic and you’re going to delay releasing a game or peripheral for quality reasons and we can deal with that, especially when you’re up-front with us about it. Unfortunately, the Inverse Law of Awesomeness (commonly known as the Supercilious Asshole Effect) states:

For every act of penitence, apology, ashamed embarrassment or self reflection, there shall be two jackasses who think they’re somebody and let everyone know.

You know how Robert Redford can have his hair all long and falling over his eyes and it’s cool? But when Justin Bieber does it, everyone not a teenage girl laughs at him? It’s because Robert Redford has been there, done that and Justin Bieber…well. You know. You are Justin Bieber in this instance *cough* Rovio *cough* David Cage *cough*, not Robert Redford. Got it? You make yourselves look silly and you make gaming look bad, so shut it. 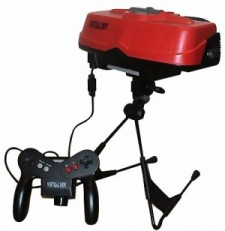 You got to where you are because you used to be scrappy and hungry to be at the top and because you knew that making your consumers your dedicated fans was the only way to destroy your competition. Somewhere along the line, though, you decided that your success was divinely guaranteed and you started issuing statements rather than asking for feedback. You forgot that making the little guys like me happy; that making the guys who buy your games and systems feel valued was how you differentiated yourself from your competition. I’ve heard it’s lonely at the top…but I’ll bet it’s even lonelier in the has-been room. I’m sure you think it’s impossible for you to end up there, but Ozymandias thought his reign was infinite and his powers independent of his subjects, too. Something to consider.

PPS – Except for the whole wounded/affronted response some of you give when someone (legitimately) criticizes your game. Grow up, ya big babies.