I see myself as a well traveled individual in terms of the hobby spectrum. While I currently enjoy all things video games, paranormal investigation and long distance running, in my past I was about as obsessed with mixed martial arts as one can be without wearing “Tapout” brand graphic tees. In fact, I actually trained in Muay Thai and Brazilian jiu-jitsu for about 5 years and fought two amateur bouts, which is why I feel well versed enough to advise my gaming brethren on the unfortunate consequences of brandishing Street Fighter moves should one happen to actually fight in the streets*.

*Note: I’m not condoning street fights, but sometimes things happen. While most confrontations can be avoided by maintaining a level head, ninjas and similar opponents tend to have incentive for challenging you that don’t translate to drunken misunderstandings. 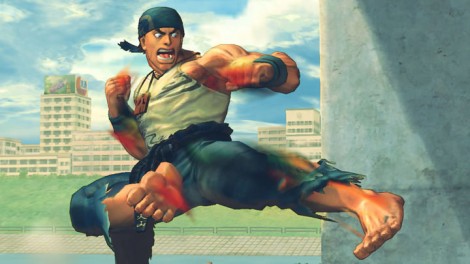 Boy do I hope that guy stays in one place

The difference between a well placed strike and a laughable attempt is the ability of an individual to channel power from the ground up and out through whatever limb they are utilizing. If you watch closely, you’ll see fighters planting their feet and moving different parts of their body sequentially in order to create the most power possible. Jumping effectively eliminates this sequence and relies heavily on gravity to create impact. In addition to losing a lot of power trying to perform a jumping attack, humans tend to be weak in the “changing direction in mid air” department so you had better hope your target stands still or a simple side step will render your attack ineffective. Sure jump kicks look sweet, but a missed jump kick is ranked just above tripping over your own shoelaces on the embarrassment scale. 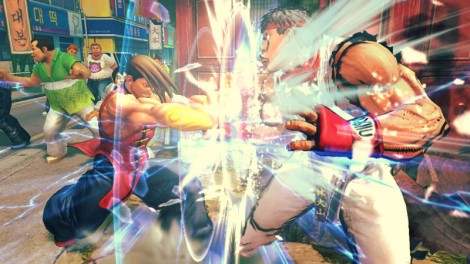 One punch is good, so through the basic application of addition one would think a double punch would be even better right? Not so fast Ian Malcolm, aside from looking really stupid, the above stated mechanics factor heavily into this example as well. The simple jab/cross (1-2) combination works so well because the act of throwing the jab actually loads up the cross by opening up a person’s hips. By bringing the hips forward, the power from the legs travels up the body and is released at the extension of the cross, making for a very accurate and powerful blow. Throwing both arms out at the same time prevents the hips from opening and generates far less power. On top of that, the arm that isn’t currently punching should be hanging back to block the face, which is not possible if both are fully extended. 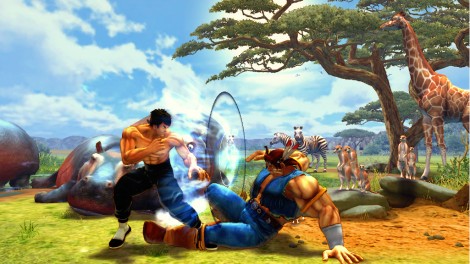 A lot of characters from the Street Fighter series have at least one move that involves them running forward and sliding into their opponent. Aside from the fact that this would cause a major skin rash, at the end of the slide your opponent ends up over the top of you, which is not a good position to be in while fighting unless you’re competent in BJJ, Sambo or other ground fighting arts. NFL quarterbacks do it all the time to avoid getting crushed by defensive players, but always end up in the fetal position on the ground with people on top of them. The closest thing to a slide in real fighting is a double leg takedown, which actually is quite effective but requires a good estimate of distance between you and your opponent. 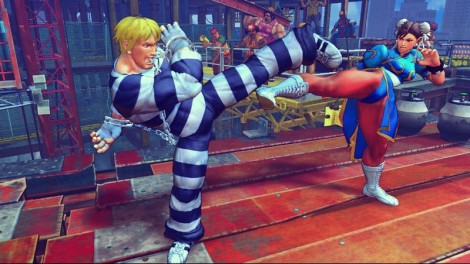 God I hope she gets tired first, this is really taxing on my hammies

Chun Li and E Honda have moves that equate to what I’d call a flesh shield. By throwing very quick strikes in large numbers, they keep their opponents at a distance for fear of being hit multiple times. On the street, this is called “Crazy hands” and usually involves an unskilled individual throwing dozens of punches in the hopes that one lands, wind milling if you will. The problem with this strategy is if the action persists, you will be sapped of energy before you know it. Also, throwing a lot of fast punches is achievable, but form must be maintained in order for those strike to be able to do any sort of damage. Overwhelming someone with strikes works only if they are off balance and moving backwards on their heels, something that would not happen should you stand in one place while you do it. 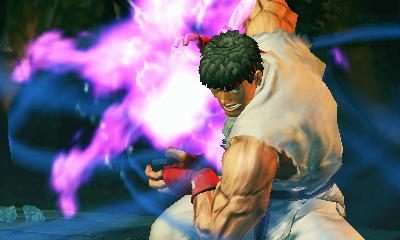 Prepare to feel the wrath of my pretty purple sparkle attack!

Energy attacks seem to be one of the most effective moves in the game and can inflict damage from a distance (Ryu’s Hadoken) or in close proximity (Guile’s Flash Kick). The biggest problem with energy based offensive attacks is they are really tough to pull off for the amateur fighter who happens upon unsavory adversaries randomly during the course of their day. I personally have never seen anyone fling a fireball or lighting bolt in the midst of combat, no matter how focused or well trained they were. I assume there is someone out there with the martial arts pedigree needed to perform such moves or else it wouldn’t be in a video game (making stuff up is not cool dudes). With this in mind, projectile attacks would have to come in the form of tangible objects, such as trash can lids or cans of soup. If you feel the need to attack from a distance, be ready to run; unless you score a direct hit to the noggin or the private parts your attacker will more than likely be pretty annoyed and considerably more angry.

I know, common sense would be enough for most of us to take anything we see in electronic mediums with a grain of salt, but there are a few outliers that spent their summer playing SFIV in hopes of confronting their neighborhood bully. This article is for those people because if you die, I don’t have an audience and will have to go back to relying on my mom reading my articles and telling me how much better I am than every other author that has ever existed.