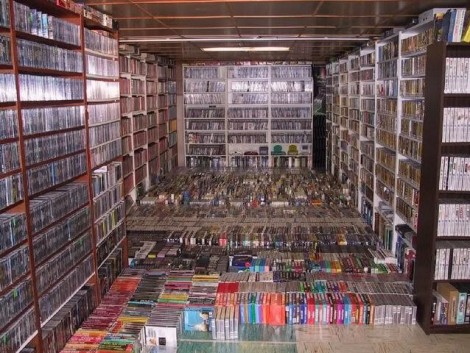 Maybe not this bad. (via VintageComputing.com)

Gaming has never been a cheap hobby. My parents attempted to instill a sensible approach for me to try and make some money back from my investment before starting fresh on a new console. They had this rule where I wasn’t allowed to own more than one console at a time. With every new release, I had a garage sale to sell off my old games, so that I could turn right around and buy the new ones. Goodbye NES, hello SNES. See ya Super Mario World, nice to meet you, Super Mario 64. I don’t need this rumble pack, I need dual analog sticks.

Once I started to gain control of the channels for my own income, the floodgates opened. Looking back, maybe it was resentment of losing all of my classic games, but I soon found myself owning a PS2, a Gamecube, and an Xbox. The games started to pile up and my collection habits began to form. The trade-in/used games market was beginning to mature around this time, and I found myself confronted with some tough decisions. My dorm room/closet was getting a bit crowded with my towers of games and DVDs. Yet, I found that I just couldn’t let go of certain games for a variety of debatably valid reasons.

Here are some excuses that I have used to hold onto a game, that have nothing to do with the gameplay experience, perceived collector’s value, or achievement points.

It has only gotten worse since then. My rationalization skills for holding onto games have only (im)matured, and my defense of these transparent reasons is unending. However, I have begun to accept that my collecting may be coming to a head sooner than later. Recently, as I was researching the release dates for upcoming games and trying to work my budget out for the 4-5 on my radar, I noticed I currently own not 1, but 3 unopened games with no timetable of when to play them. I took a step back and realized I also have 12-15 downloadable titles that I have barely scratched the surface of, and completely untouched DLC for games ranging from Fallout 3 to Rock Band.

A line has been crossed 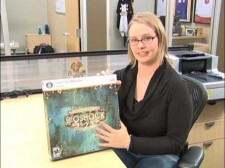 She hasn't opened it either

This is really a new phase for me. I’m known to stop playing games about 2/3 of the way through and pop in a new one, but I never really thought I’d whimsically buy games and not open them. It started out just being used games or bargain bin games that I never got to, but recently I’ve even bought special collector’s editions (Bioshock 2 and Modern Warfare 2) and have yet to put the disc in the system and sequels to games I really enjoyed.

I do not know how all of this will end. I look at my stack of PS2 and Gamecube games in my closet, and all I see are the games I stand behind. The games that I would still drop $5-$25 if I came across it in a store tomorrow. It doesn’t matter that I will never play 80% of these games again. Something has to give eventually, I’m still buying with confidence, but funds, physical time and space, are about to do battle with the endless amount of quality games that are about to come out. My reasons for holding to these may actually make you dumber for just having to listen to them. I will still defend my reasoning, and convince myself all over again that I made a smart decision.

You’re going to get it anyway

The fact is that I have a selection process in my game collecting hobby, and I am going to stick with it to whatever outcome. These are my baseball cards, my comic books, my ships in a bottle. I look upon my collection with a sense of pride. I don’t do this to make money, or to collect the best games. These games represent me and the flavors of entertainment that I prefer. I have crossed over to buying games to own them rather than to just play them. I’m Justin, and I have a problem. A satisfying problem that I won’t quit.