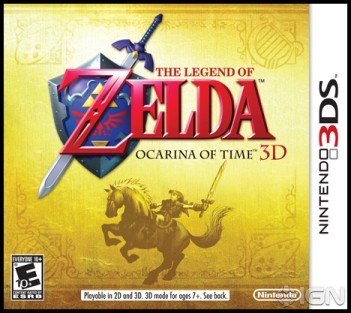 At no surprise to anyone, North American sales of Nintendo’s new handheld, the no-glasses-needed 3DS took off like a hare when it was released in late March despite a very paltry offering of 3D games from Nintendo or third parties, a high price point, and a consumer market that is decidedly unsure how to feel about the 3D trend manufacturers are hyping.  However, like the hare in the fable, sales of the 3DS appear to be slowing significantly as the initial early-adopter purchase wave recedes.  I’m not sure whether this is a function of Nintendo’s decision to delay release of any first party titles in order to let third-party releases take the front seat (Nintendo announced one first party title, Ocarina of Time 3D between now and mid-June), competition from Sony’s PSP (which overtook the 3DS in Japanese sales last week) or a market that’s gotten weary of gimmicks in favor of content, but the news didn’t come as a surprise to me.  What did shock me was that Nintendo was trusting the development of one of its marquee titles to a third party developer. 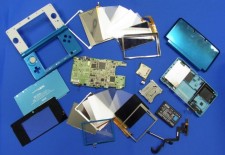 Big Octo is a secret character in Mortal Kombat. This is his fatality.

Although it has a history of allowing third party developers try their hands at Nintendo’s premier IP (e.g., Capcom taking on earlier Zelda handheld editions), I was a little surprised to find out that a game that has a legitimate argument for one of the best ever would be allowed out of Nintendo’s in-house care.  However, if the thought of a poorly-ported Zelda game has set your heart racing, here are two pieces of information.  One is scary. One is comforting.  Grezzo is a new developer with only one Japan-only title in its resume (Wii Ware Line Attack Heroes)!  Its CEO Koichi Ishii created the Mana series and worked on the early Final Fantasy games.