If you’ve heard me go on about properly disposing of your batteries and electronics, you can tell that I tend to be pretty environmentally conscious. I’m not a “Druid,” (in the nature-worshipping, not RPG-class sense). I love air-conditioning, fast cars, leather and eating animals, but hey, I work for an environmental engineering company and I happen to like efficiency, clean air and water and not worrying if my (potential) children will get lead poisoning from playing in the yard…so screaming for more pages covered with more ink to be included with all of my games might seem a little odd on the surface. 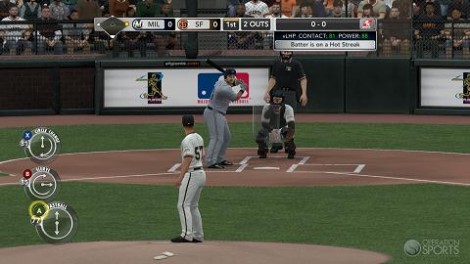 Ever seen a batter catch a ball in the face? Want to? Lemme pitch.

I was sitting around trying to get into MLB 2K11. I haven’t played a baseball game since the Commodore 64, so I’m pretty inept at the control scheme. On top of that, my baseball knowledge is very limited, probably due to one, if not all three of the following:

So what did I do? Being lazy and not wanting to get up off the couch, I first consulted the game’s tutorial mode. Unfortunately, there was no “tutorial” mode to speak of. The closest thing was a “challenge” mode for fielding, pitching and catching with the same difficulty curve as the game. I quickly realized that I was going to have to move out of my torpor, so I did what any gamer over the age of, oh, 25 or so would do – I pulled out the instruction manual. If you’re one of our younger readers, that might seem baffling to you. Why wouldn’t I just get on the forums for advice and/or hop on YouTube to watch some videos to show me How It’s Done? The answer’s simple: Once upon a time, when most games were hard-bordering-on-unapproachable, they came packaged with thick instruction manuals printed on gloriously environmentally unfriendly glossy paper, replete with indexes, strategies, hints and often several pages reserved for your own note-taking needs. They actually instructed you into how to play the game without being reduced to a simpering fool as you tried to make your way past, say, Ridley.

The instruction manual included with MLB 2K11 was such a joke that it quickly became my arch-enemy. While it had a control map and instructions on how to create a player and a few other very, very basic pieces of information, it was pretty much useless if you’re trying to figure out how to actually play the game, so not only was I getting frustrated that I still had no approach to understanding the game better, I was holding a pamphlet that a waste of the time, paper and ink that had gone into making it which irritated that whole environmentally-friendly part of me as well.

Here’s the pitch…and it’s a hit!

I would know that there's no crying in baseball...but I DON'T HAVE THE RULEBOOK!

Growing up, I always let my brother have first go at a game so that I could read the instruction manual first. It usually took him about as long to die as it took for me to finish reading and have some idea of what to do. It was a solid approach. As recently as Gran Turismo 3, (my last experience with the series), the “instruction” part of the manual was written by a professional driver who explained traction, the proper approach to curves and gear ratios, yet the sport of baseball is equally as complex but 2K chose not to give me a “real” instruction manual or an, “If you’re a Commie and don’t love Major League Baseball and everything about it, this is how you play, comrade,” tutorial mode. It might seem I’m singling out 2K, but to be fair there are plenty of games with a high difficulty curve and even more with crappy instruction manuals, but combining the two when I really, really wanted to get into this new $60 game kind of lit my fuse.

If you’re looking for some kind of happy ending to my frustration, the best I can do for you is an Empire Strikes Back-style resolution: JP LaFrance and I played a few games together with him talking me through how to watch the pitches and how fielding works, but I’m still horrible, still haven’t finished a game against the computer and the only reason I’m still trying is because I’m looking forward to our online league.

When I started thinking about this article, I thought it would be  a retrospective on the glory-days of the monthly-magazine-like manuals that games used to have included with thick, glossy paper that felt heavy in your hands and a thousand words even for the simpler games but in writing it, like is often the case, it’s turned into another examination of the little things that can ruin or save a gaming experience. EA recently decided has decided to cut paper manuals completely, but promises that easily-accessible instruction manuals will be digitally available or integrated into the game. At first blush, I can’t fault EA for the decision: paper and ink cost money and they create waste. I wish them well in their pursuit of the integrated digital manual as I don’t have any sentimental ties to the physical instruction books, but I’m still skeptical that it will be consistently done well.

Here’s the play at the plate!

If you make a game and you want it to be accessible to new audiences, it needs to be accessible to new audiences. The “Normal” difficulty setting doesn’t need to have the little paper-clip from MS Word, but just as I won’t need to even look at an instruction manual for H.A.W.X. 2 because flight-sim controls are set up in a similar manner cross-platform and I’ve played a lot of them, someone who’s played a bunch of The Show but never a flight sim is either going to need a couple of learning-the-ropes missions or a great instruction manual. 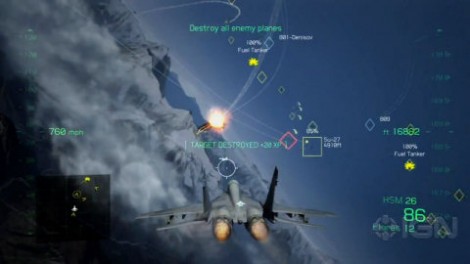 I GET this...but can someone explain what a "slider" is?

So, to get back to the point: recycle your used plastics, cans, bottles, batteries and electronics; don’t waste paper on instruction manuals that don’t instruct; and if you get your gaming friends to expand their horizons into realms of gaming they’ve never tried, make sure that there’s a good instruction manual, tutorial mode…or that you’re willing to spend a few hours working them through the basics.