Meanwhile… we’ve actually been playing games. Each week we recap our recent gaming experiences and tell you what we’re looking forward to, so you can use your time more wisely than we have. It may not look like it, but the Indy boys are practicing for the upcoming Horrible Night Out on Friday and Ben drops in to remind us just how good 2009’s Game of the Year was. 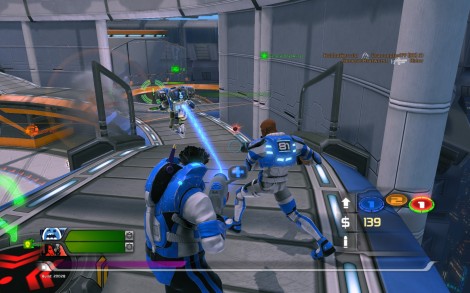 Except it's on Friday

I won’t deny it. It was a really heavy WoW week and it’s all that is on my mind besides our Horrible Night Out on Friday. Speaking of, some of our crew ventured to Net Heads last week to check out the place before the event. I got to spend some time with Crysis 2 multiplayer and like it, a lot. Which surprised me because I utterly owned. The game definitely feels like a mix of Halo and Modern Warfare, but the question is, is there enough space between those games to stand on your own? Either way I may end up picking the game up during my next dry spell. We played one other game that may find itself a starring role in the HNO, which was Monday Night Combat. I hadn’t been able to play that game with friends yet, and playing locally was a blast. I’d say local multiplayer (on your own machine) with a group still trumps playing online with that same group.

This week will seem a bit repetitve as I’m pretty much playing WoW until we head to our event. I expect a fair amount of shooting, some Minecraft, and a few rounds of fighting depending on the preferences of the group. I’ll be trying to trick people into fighting me on WWE All-Stars all night, so consider this your warning. 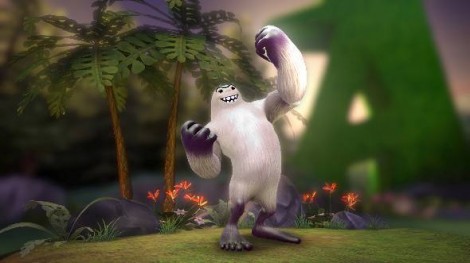 I'm not sure what this Yeti is doing, but I like it.

Despite protestations to the contrary, I actually got into Kinect Adventures yesterday and even though I’m unlikely to play it by myself, my girlfriend and I gave it a go and had a blast.  The action shots were hilarious and if you have a dog who is tall enough with a very large, bushy tail that curves up over his back, your Kinect will think that you are moving one of your legs in a way that is not anatomically possible.  I also decided to try expanding my horizons and getting to know more gamers out there by joining in the In Gaming We Trust‘s MLB 2K11 league.  This required picking up MLB 2K11 and, more importantly, playing baseball for the first time since RBI baseball on the Commodore 64.  Just as in real life, I am absolutely terrible at baseball.  If you ever wondered how someone like Ozzy Smith existed when most of humanity’s traits exist along a statistical curve, it’s because of me.  (In order for him to have been THAT good, someone else must have been THAT bad, statistically. [Yes, I know that’s BS, but it’s a rhetorical/humorous device; shut up.] Which is weird, because I’m pretty good at a lot of other sports)  Anyway.  I’m that bad at 2K11, too. In the upcoming week…probably a lot (lot) of 2K11 so that I don’t sully the good name of Horrible Night in the league standings (and because the girlfriend is out of town, so I’m bored.) 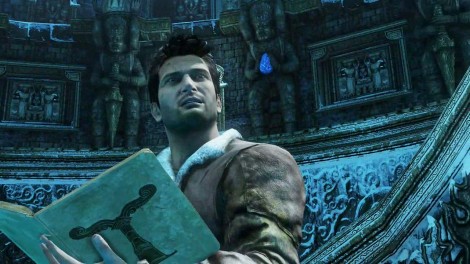 It’s been an month extremely short of gaming time as real life has been kicking my ass lately. I can’t remember the last time I checked in but I finally made my way through Uncharted 2 and immediately became sad the the third one wasn’t out yet. The first one was good but I wasn’t thrilled with it but damn, the second deserved all the praise and awards it got. Fun times. I did find a few hours on Sunday to keep working my way through the other PS3 games I got around holiday time, starting with God of War Collection, getting about halfway through the first game, which is about as far as I’ve ever played. Something shiny always catches my attention around this point in the game and I get distracted. Most important question of the month though: is it the 21st yet? POOOOOOOOOOOOOORTAL 2! I really hope I’ll have some free time to play it when the time comes. As a good indication of how busy I’ve been: I haven’t even downloaded the latest Mass Effect 2 DLC. I mean, I know it’s not gotten great reviews, but come on, it’s ME2. I must have it eventually. 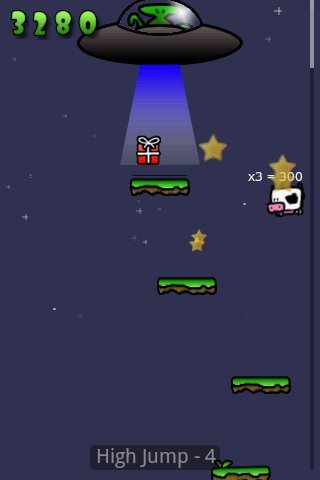 Watch out for that UFO!

It’s been a slow week for me in terms of gaming. I just haven’t been in the mood to devote any amount of time to traditional games. That being said I have been playing a fair amount of Android games on my DroidX. Downloaded Abduction based on Ethan’s description alone and downloaded NinJump which I immediately liked. They are both in the get vertical genre that is popular on mobile devices and spawn many copycats. If you are wondering what the vertical genre is, think Doodle Jump.

Along with GiffTor I’m looking forward to the 2K11 league started by the fellas at In Gaming We Trust. Haven’t played a 2k baseball game in a few years so I hope it’s better than the last version I played. I’ll be unfortunately representing the Indians as my beloved Cubs were already chosen, but I’ll try and break the Indians’ World Series drought instead. 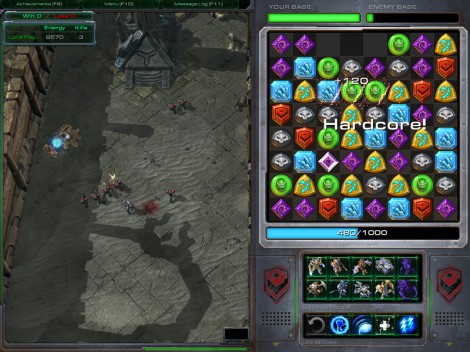 I spent last week playing the new official StarCraft 2 mods released by Blizzard and had an especially enjoyable time with StarJeweled. My BeJeweled skills tranlsated quite well to the game and I had some pretty spectacular come from behind victories and defeats. The demo for Bulletstorm came out on PC so I’m looking forward to playing that sometime this week since I was swamped with real life last week.

It’s been tough to focus on gaming as of late because of all the projects that have been coming together (which isn’t a bad thing) but this week should ease up a bit and I hope to dust off the rust in time for Friday night’s Horrible Night Out.

4 Comments → Meanwhile… But are there Guns in Baseball?