I think April is the new-old January and the news just isn’t as consistently flavorful. However, we did find some release dates and preview info worth talking about. Locally, we formally announced our next game night event and previewed more games in one week than we ever have before (2). 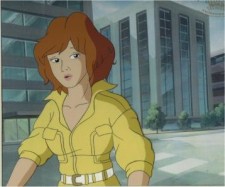 She'd find us some headlines

17 headlines distracted us and here’s the best from that list:

Great Rock Band 3 Deals Now Available! – RockBandAide
Seriously, it’s the only Rock Band or Guitar Hero game you need to own. It’s under $20 this week.

NBA Jam: On Fire Edition drives to PSN, XBLA this October – Joystiq
Hrm. How about a $10 roster upgrade and a new mode that adds-on to the current game so I have a reason to keep the disc?

Moon Diver review: Lunar mayhem – Joystiq
Are you asking for a challenge?

RAGE Clocks in at 15 Hours, Ships on 2 Discs – Piki Geek
That’s my big question, is how good are those 15 hours.

Minecraft will officially launch on 11/11/11 – Joystiq
What does that actually mean?

Twisted Metal Release Date Revealed – G4
A reason to dust off the PS3 before Uncharted 3.