The use of magic in games has risen considerably in the last few decades, a trend that annoys me to no end. As cool as fairy dust and gnarled wooden sticks appear, I’ve never gotten much satisfaction out of utilizing them as a means of casting evil from any kingdom, no matter what my opposition is.

Magic, in and of itself, conveys a lack of physical strength, which in my eyes is unacceptable. Push-ups were invented for a reason and that wasn’t for easier wielding of dusty old books. Wizards only become wizards due to a of lack athletic prowess and were forced into magic because there’s no such thing as sixth string in competitive sports. I play video games in hopes of filling the shoes of tough guys, not social outcasts (which is why the Hipster class in most MMORPGs was eliminated). 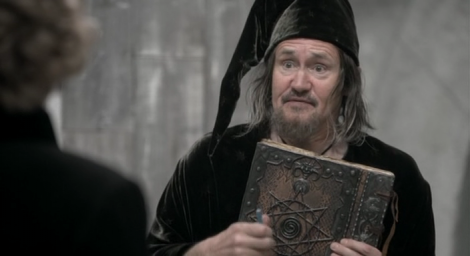 Pretty intimidating, is that a death stare or did you just poop your pants?

So you think it’s interesting to read ancient languages in hopes of conjuring up mystical spirits? Write that in your eHarmony profile and see how many hits you get. It’s a proven fact that holding a gun in any sort of social network profile pic enhances an individual’s sex appeal while magic wands do quite the opposite. Even comparing the audible differences between guns and magic is like comparing the roars of tigers to the melancholy wimper of a malnourished giraffe. Your significant other might not approve of you filling countless bad guys with lead, but after too many conversations in reference to your character’s potential for elemental control, the next chat you have may begin with, “I think we need to see other people.”

If it looks comfortable, it’s probably not safe

When’s the last time you got to wear sweet-as-tits armor while questing as a mage? The lack of spikes and animal hide on any protagonist’s uniform is enough to drain the most accepting gamer’s enthusiasm. Oh, you like robes? Really? Your robe will definitely come in handy when that level 5 protective spell fails because your limited pockets can only carry so many mana potions. Thin cloth will never stand up against cold steel, no matter how intricate the weave of the fabric is. 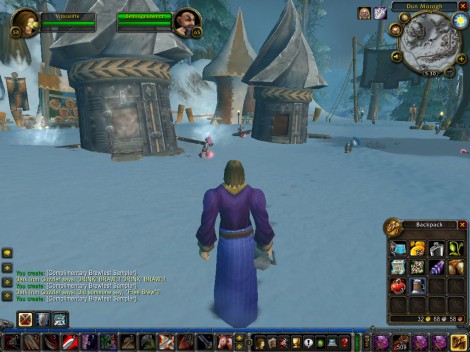 Let’s not even get in to the time savings that result from jamming a clip into a gun as opposed to mashing up roots and bat testicles. Bad guys won’t wait while you desperately flip through your book of incantations. Plus, magic ingredients HAVE to be placed in a satchel where as ammunition gets attached to the testosterone infused man-cessory known as the utility belt. I mean sure, I’ve worn a satchel but only as a means of prolonging my virginity.

Even the act of casting magic looks goofy and childish. The only time that the twirling of one’s hands is appropriate is during a hot and sweaty session of Jazz aerobics, which itself is only appropriate if you have a vagina. Game developers probably cringe every time they have to animate a player’s hand movement during the casting of spells. Perhaps I’d handle it better if every spell was preceeded by a manly yell and a punching movement, but at this point it leaves me feeling weak.

Guns draw attention away from this character's unfortunate physical features, imagine his problems had he chosen magic as his weapon of choice.

I know magic is absolutely necessary when dealing with certain demonic entities, but that should be the exception. Relying on it in every battle is for babies, no matter how powerful those babies happen to be. I personally have an issue with the need to run when a stronger enemy survives my first attack.  Even in medievel settings, where the choice is between magic or urination inducing battle axes, clubs and swords,  one should always go with the weapon that looks best on the cover of a heavy metal album.

I don’t hate magic, but I feel it inhibits a game world avatar from maintaining a well rounded skill set. I compare it to  most people’s reliance on electronics; sure it makes things easier but without it do you stand a chance?