Meanwhile… we’ve actually been playing games. Each week we recap our recent gaming experiences and tell you what we’re looking forward to, so you can use your time more wisely than we have. We welcome Rob back into the fold this week. Since we last saw him, he’s been riding the tracks all over this country. Justin doesn’t quite have the codes worked out for WWE All-Stars while Ethan plays the best named game ever. Gifford makes a drunk purchase and Cole finally tries to close an opening in his gaming history. 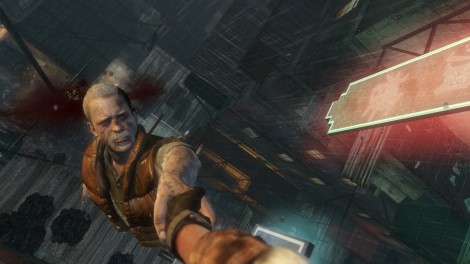 At least one person is still playing this game.

The only thing I’ve really dug into on the console over the last few weeks is Call of Duty: Black Ops online. The comparisons I’ve heard really seem accurate after playing a lot of Battlefield: Bad Company 2 in recent times… CoD is like laser tag whereas Battlefield is more like actual war. I think of myself as more of a Battlefield guy… especially when I get a chance to squad up with a few buddies. I think that experience, working with your squad and using the class based perks to help each other out is just awesome and like nothing else I’ve played. CoD is fun in it’s own right, though. It’s not nearly as team focused (at least how I’ve been playing) and much more ADHD, but it’s still a good time and has it’s feel good moments when you pull off something sweet or outmaneuver someone for a knife kill.

I had a couple of long flights out to California and back this past week, so I decided to finally dig into The Legend of Zelda: Spirit Tracks. It’s extremely similar to The Legend of Zelda: Phantom Hourglass, but has enough of a difference to be a new experience… which I guess you could really say about all iterations of Zelda games. It feels a little bit limiting during the traveling portion as your stuck to the rails that your train rides on vs. the open ocean of The Legend of Zelda: The Wind Waker or Phantom Hourglass. That’s a minor bicker, though… all in all I’m diggin it and will keep it going through finish.

Just yesterday, too, my buddy Alex and I dove into some moons with Moon Diver. We’re just a few levels in, but so far so good. Seems to be mostly a hack and slash with just a little bit of an RPG leveling and attribute upgrade spin to it. I think it will get more interesting as we get further along and collect more of the special power abilities. So this week will hopefully see more Moon Diver and Spirit Tracks and will most likely have a little Black Ops sprinkled in. 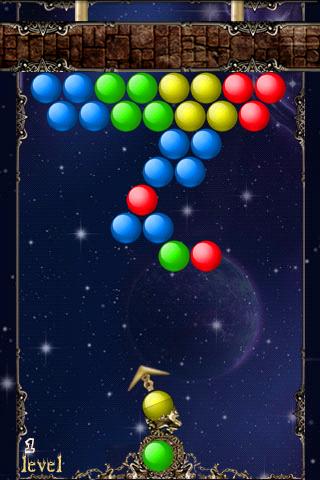 What a clever name for a copy-cat!

Been playing Android “games” for the past week since I’ve been away on business. The “game” I’ve been toiling with, so to say is a free game called Shoot Bubble which is a Bust-a-Move knock off sans the cute dinosaurs. I’m almost finished with it, but my reflexes are definitely being tested on the final stage. Copycat games seem to be breeding on the Droid marketplace as I found at least 7 more iterations of bubble popping themed games.

When I got home, I jumped back on the Dead Money DLC for Fallout: New Vegas and am passed the boring, monotonous part and am approaching what appears to be a climax. Not the best DLC I’ve played, but the lessons from Dead Money can hopefully be applied to further DLC.

In the end, a week without conventional gaming didn’t kill me so thats a good sign or at least an indicator that my obsession hasn’t quite matured to addiciton yet. 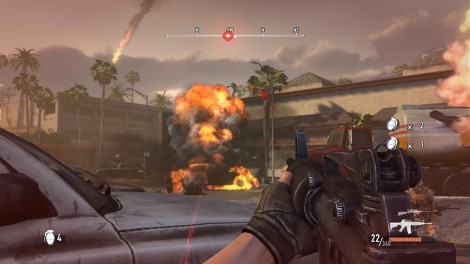 Not really playing the AAA titles this week, are we?

As evidenced by JDevL’s concerns, I played a lot of Mass Effect 2 last week – the Arrival DLC and then one more playthrough (ongoing) so I can make all of the decisions I want for transferring to Mass Effect 3 rather than just a “let’s explore” mish-mash of decisions not making my character who I want him to be (appropriately badass without crossing the anti-hero line or, if you prefer, Han Solo with Jedi powers). I also made what my girlfriend refers to as an ARP – Alcohol Related Purchase, when I picked up Battle: Los Angeles on Saturday night. Considering the plethora of other fantastic DLC out there, I would love to wonder why I chose that, but it actually wasn’t too bad. The graphics are pretty decent and the narration is done with comic-book style art with a little bit of animation, which I enjoyed. Nothing to write home about, but I could be much, much unhappier with my purchase than I ended up being…let’s call it a 2.75/5.0, creeping up from a 2.5 because of a bonus .25 points for pleasantly surprising me.

This week, look for (more) Mass Effect 2 and…I dunno. That’s a horrible thing to say, but I’m in a little bit of gaming-limbo right now, so I’m open for (non-Kinect) related suggestions. (Yes, I know about Torchlight and it’s high on the download chart). 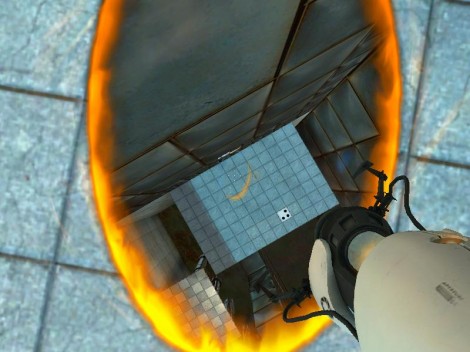 Way better on XBLA than on a Mac.

I’ve been broke lately so I haven’t been able to purchase the new hot games that I’ve been wanting to. That being said, I had some Microsoft Points sitting in my purchased queue, so I bought a few more and downloaded… Portal. When Steam was released for the Mac, I was excited because Valve offered Portal free with the Steam download. Not having a traditional mouse (though it is magic) I found it impossible to play with any success. Plus the frame rate on my comp was pretty shoddy. So, 6 or more months later I decided it was time to play it on the Xbox 360. What a world of difference that decision made. I was never very good at the “keyboard and mouse” combo with any game, now with the game pad I feel like I can finally get through the game. I’ve already gone further than I had on the Mac, but I am stuck at a pretty early level. I’d describe it for you, but it will get complicated. I know what to do, I just need to restart the level from the beginning to succeed.

Other than Portal, played some more NBA Jam and Torchlight. Neither of which deserves any more mention than that because I just played them both for 30 minutes before I had to go do other things. It’s been a pretty light week for gaming. 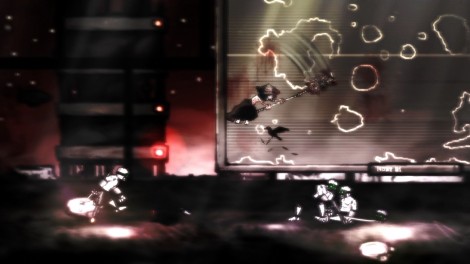 I don't think killing vampires is akin to washing dishes.

For once I actually stuck to my guns last week and played the games I said I would. WWE All-Stars did not disappoint, even though, I kind of expected it to do just that. It really is a sped up version of my favorite wrestling engine, plus a great balance of the wrestlers I grew up with getting a chance to beat up a bunch of dudes that I don’t know. The create-a-wrestler is pretty barebones, but I was able to make my character close enough to my alter-ego that it worried my girlfriend. My enemies will also be happy to know that I have no defense yet against button mashers, as I was absolutely owned by a few friends in local competitive play. However, I will get those counters down, and you will all hate me soon enough. Plus, I destroyed them in NBA Jam to make up for it.

I’ll stop blasting the WoW horn soon enough, but I’m riding an Azeroth high at the moment. I’m really enjoying The Burning Crusade content and having a flying mount as it is feeding my achievement whoring. You see there are achievements in that game just for visiting all of the areas of the world, and with a flying mount, I can get anywhere I want. So I find myself flying around while working on the site on another laptop, and just racking up achievements. Now, where is my multi-tasking achievement?

This week is gonna be more of the same, I’ve got a ways to go in my wrestlers career and plenty of easy achievements within the grasp of my Troll Hunter. However, I will take a break to check out the new The Dishwasher: Vampire Smile game on XBLA. The first game brutalized me (and everyone else) so I want to see if this one is a bit more accessible or even more hardcore.

Meanwhile… What have you been playing?