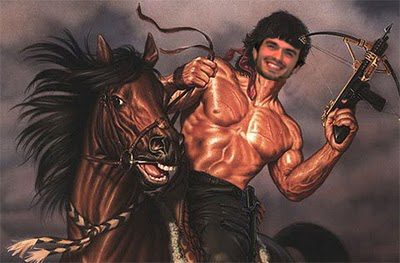 I tend to grin no matter the situation

I’ve often been described as the kind of guy that’s constantly lost in his own fantasy world. While most contemplate work weeks and vacation plans, I contemplate ninjas and dinosaurs with ninja costumes. Boy would it be great to be in a video game and take on those dwelling inside of my imagination. Despite my ever wandering mind, the little bit of reality that persists in my brain is the realization that I will more than likely never be a video game hero. Unfortunately, you may find that my hard truth is just as likely in your life, too.

I’m a seasonal allergy sufferer (enough to pop that video game hero bubble by itself) and tend to get overcome with month long sessions of the sniffles. The medicine takes a few hours to actually start working and even then I’m at 50 percent for a couple days. I’d love to chill in bed for a couple minutes or so and recharge my life meter like they do in Gears of War, but it tends to take a couple days and even then my nose stays red and sore from all the Kleenex usage.

Most video game heroes have trusted side kicks to watch their backs when the pressure is on (Master Chief/Cortona, Mario/Luigi, etc). While usually less powerful, these friendly helpers persist to take up the slack with menial tasks in between battle sessions and often times provide some kind of comedy relief. I’m married, so I figured my wife was also considered my sidekick. When I told her this, she laughed and reminded me to clean out the kitty litter. I guess it doesn’t help my game hero credibility that my nickname is “Mooshie Bear”- it looks like maybe I’m the side kick. 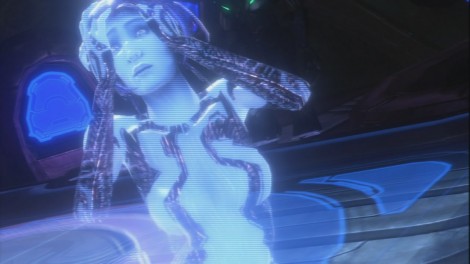 I'm not quite as useful as Cortana though, my brain is smallish

In the type of games I enjoy playing, guns play a huge role.  In real life, guns are freaking heavy and aren’t exactly easy to aim. While shooting guns with friends, I assumed that the strategy I tended to go for in games would apply while blasting away at a log, but wielding two weapons at the same time tends to get a negative reaction from your peers. Safe to say my gun privileges were revoked for that day. Did I mention that I was shooting pistols, a low level weapon in most any game you play?  I can only imagine how difficult machine guns and missile launchers would be to operate, let alone plasma rifles.

Around 9:00 PM last evening my wife called me out to the deck. A beat up old car was slowly driving down the street and stopped right in front of our house, the car’s occupants staring up at us in what I assume was a menacing gesture (I couldn’t see, it was dark). I’d like to say my instinct kicked in and I investigated the situation, but instead I went downstairs, locked the door and shut the windows and the blinds. I tossed and turned the whole evening, nervous that those guys were going to break in and chop my head off. It’s easy to think that you’ll react calmly in a worst case scenario, but evidently I don’t have such a demeanor. Imagine if zombies and robots were a constant threat, I’d be a nervous wreck. 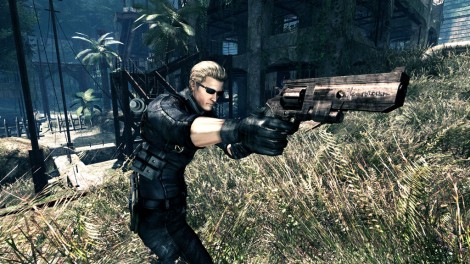 I don’t believe any of this means that I’m a weak person or could never rise to the occasion in a crisis, but EA will probably not be knocking on my door for likeness licensing anytime soon. This may not be a bad thing, since being in a video game probably requires constant reputation upkeep. For now, I’ll continue to create myself in character editors and overexaggerate my skill set.