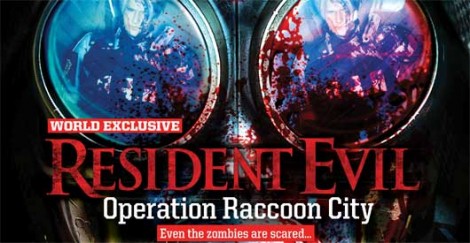 Resident Evil: Operation Raccoon City is a third person squad based shooter that takes place between events in Resident Evil 2 and Resident Evil 3. To try and cover up the hell that was released by Umbrella, the T-virus creating corporation sends in an elite team to try and cover up the evidence of the deadly outbreak. The U.S. Government sends its own special forces in to combat Umbrella’s soldiers as well as uncover evidence that reveals Umbrella to be culpable. These two groups of elite soldiers will have to contend with a third party: Zombies and Bio-Organic Weapons.

To go along with the single player game, which has the player taking on the role of an Umbrella Security Services soldier (U.S.S.), there will also be a four player co-op mode. RE: Operation Raccoon City will also ship with a number of competitive multiplayer modes which will pit all three groups against each other in a variety of game play modes yet to be announced.

Resident Evil: Operation Raccoon City is being developed by Slant 6 Games and published by Capcom. There has been no released date announced.